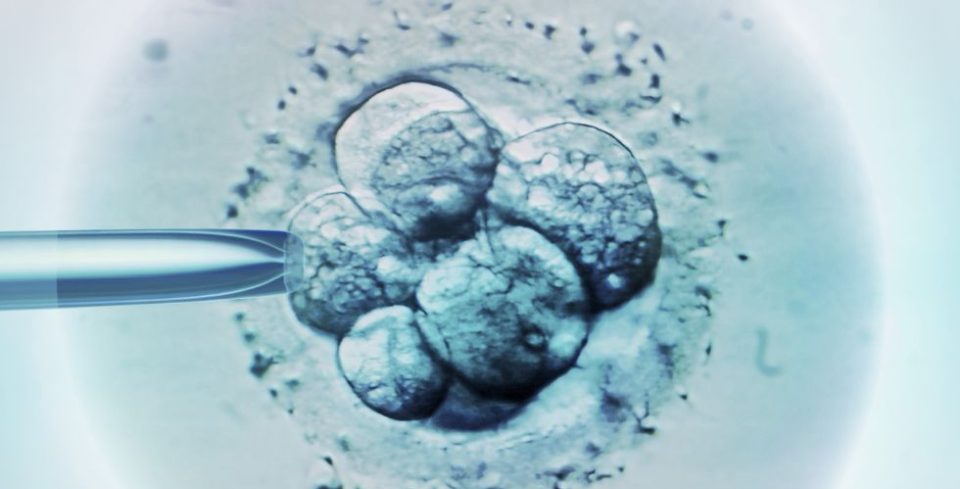 Life vs Personhood: The Metaphysical Distinction without a Legal Difference

Contents show
1 Life vs Personhood: The Metaphysical Distinction without a Legal Difference
1.1 Where does the personhood question come from?
1.2 The concept of personhood expressed in Roe and Casey
1.3 Legal Personhood
1.4 Metaphysical Personhood and self-ownership
1.5 Conditions for legal personhood in the United States
2 Libertarianism and rights-bearing status
2.1 The metaphysical distinction of life vs personhood makes no legal difference

Where does the personhood question come from?

The philosophical concept of personhood is ancient, but American civil law required a different approach to personhood with the end of legalized slavery. The purpose of the 14th Amendment was to correct the practice of legally recognizing the rights of only a select class.

The 14th Amendment says in part, “…. nor shall any state deprive any person of life, liberty, or property, without due process of law; nor deny to any person within its jurisdiction the equal protection of the laws.” The question at issue in Roe v Wade was whether the reference to “any person” included unborn humans.

“In Roe v. Wade, the state of Texas argued that “the fetus is a ‘person’ within the language and meaning of the Fourteenth Amendment.” To which Justice Harry Blackmun responded, “If this suggestion of personhood is established, the appellant’s case, of course, collapses, for the fetus’ right to life would then be guaranteed specifically by the Amendment.” – Gregory J Roden

In 1973, pro-choice philosopher Mary Anne Warren proposed a theory of personhood to support the pro-choice argument. Unfortunately (for her) it was widely criticized for establishing arbitrary conditions for personhood that necessarily excluded born humans. Her criteria included:

To argue that the fetus is not a person meant that being a living human individual is insufficient to be recognized as a person. Therefore, a category of humans would exist that had no legal recognition or equal protection under the law. What a strange way to circumvent the entire purpose of the 14th Amendment.

The concept of personhood expressed in Roe and Casey

Justice Henry Blackmun references the concept of personhood in numerous places in Roe. The plurality held that the personhood of the fetus had not been established. Consequently, in the Court’s view, the fetus had no rights-bearing status or equal protection under the law, despite the Court never explaining how personhood is recognized by law. However, the Roe Court explicitly addresses the question of Jane Roe’s personhood status:

“Jane Roe. Despite the use of the pseudonym, no suggestion is made that Roe is a fictitious person. For purposes of her case, we accept as true, and as established, her existence; … We, therefore, agree with the District Court that Jane Roe had standing to undertake this litigation, … The Constitution does not define ‘person’ …” Roe v Wade, excerpts from sections 15, 20, 87. (emphasis added)

The Court accepted and established the rights-bearing status of McCorvey’s alias (Jane Roe). “The pseudonym … is [not] a fictitious person.” McCorvey’s right to litigation was recognized without requiring any criterion other than her existence. The court then denied the fetus a rights-bearing status because of a lack of established personhood. They go on to say the Constitution establishes no definition of personhood.

In Planned Parenthood v Casey (1992), the Court comments on the rights-bearing status of women under common law. They cite an old case (Bradwell v. The State, 1872, which was overturned by Reed v. Reed nearly a century later in 1971 – but no less overturned prior to Roe, so not affected by Dobbs v Jackson which has now overturned Roe). Justice Bradley in Bradwell states, “So firmly fixed was this sentiment in the founders of the common law that it became a maxim of that system of jurisprudence that a woman had no legal existence separate from her husband, …)

The Casey Court (apparently) wanted to ensure that the rights-bearing status of women was completely separate from that of her husband (or presumably the fetus’ father, if she were not married). This was the grounds Casey used to say a woman didn’t need to notify her husband of her intent to abort. And so asserted,

“At the heart of liberty is the right to define one’s own concept of existence, of meaning, of the universe, and of the mystery of human life. Beliefs about these matters could not define the attributes of personhood were they formed under compulsion of the State.” (emphasis added)

Casey attempted to argue on the grounds of rights protected by the 14th Amendment. Remember, the purpose of the 14th Amendment was to correct the practice of legally recognizing the rights of only a select class, and was specifically in reference to the question of the personhood of newly emancipated slaves.

If what the Casey Court argued was true, the logical implication would undermine the 14th Amendment. If the right to abortion is protected because a mother can define her own concept of existence and also of the mystery of human life (i.e., whether the fetus’ life has begun), then on that same basis a slaver’s right to enslave others could be justified. How would that absurd conclusion not follow?

Legal personhood includes both natural and juridical persons. The Legal Information Institute at Cornell Law School says that the definition of natural person is simply “A living human being.” By “accepting as true, and as established, her existence;” without defining criteria of personhood status, “Jane Roe” (Norma McCorvey) was granted, among others, 14th Amendment protections. But the Court did not accept the personhood status of the fetus on the same grounds they accepted Jane Roe’s. Why?

The Court erred in Roe by begging the question. On what conditions does one qualify for protections under the 14th Amendment: life or personhood? For newly emancipated slaves, their existence as living humans was a sufficient condition. Similarly, Roe was recognized because of her mere (presumed) existence. The Court denied the fetus’ 14th Amendment protection despite its mere existence. Yet, the fetus’ rights-bearing status was rejected because “the Constitution doesn’t define ‘person’” and the Court proceeded to refer to the fetus as only ‘potential life’. Not even a ‘potential person’. This is strange, however, given Roe did affirm the state’s interest in “protecting potential life.” (See section 78, Roe v Wade.)

The Court’s error in Casey was two-fold. First, they continued to avoid the question begged by the Roe Court. Second, they undermined the purpose of the 14th Amendment, to correct the practice of legally recognizing the rights of only a select class. In this case, the select class protected by Roe and Casey was adult female human life over the class of fetal human life.

In no case is recognition of rights-bearing status in the American legal system based on features commonly associated with metaphysical personhood – which may (or may not) include consciousness, sentience, emotionality, etc. Even if it could be argued that legal persons (natural and juridical) exhibit one or more of these characteristics, there are common situations where humans don’t exhibit one or more of them, and are still considered rights-bearing individuals.

The libertarian concept of self-ownership respects the bounds of legal theory as silent on metaphysical questions. While one’s philosophical views about personhood are invariably grounded in some religious view or other (even if “secular”), and one’s legal theory may be grounded in any of a number of philosophical views, the libertarian view of self-ownership as such does not depend on any single basis upon which it might be accepted.

Conditions for legal personhood in the United States

… the only condition necessary to recognize the natural rights of a fetus under the 14th Amendment, should be that it’s a living human.

Science unequivocally demonstrates that the fetus is a living human from the completion of conception. There are seven conditions which science uses to categorize something as a living organism: organization, metabolism, homeostasis, growth, reproduction, response to stimuli, and evolution. The zygote exhibits all seven and is therefore a living organism.(And no, egg, sperm, and other cells do not. Gametes, organ cells, blood cells, etc. do not qualify as living organisms). What makes a zygote a living human then are these seven conditions plus human genetic code.

Furthermore, science doesn’t, and shouldn’t, offer any qualifications to this on the basis of metaphysical theories. This is outside the realm of science, and pro-choice advocates trying to make the case that life of a human individual doesn’t begin at conception are at odds with scientific consensus.

Dobbs v Jackson doesn’t acknowledge the rights-bearing status of fetal humans. It simply overturns Roe and Casey. While, for now, the issue remains with the States, the Dobbs Court did leave open the possibility that Congress could take action on the question. As such, it could be the case we’ll see laws going before the Court asking for a decision about what constitutes a person in the 14th Amendment.

The metaphysical distinction of life vs personhood makes no legal difference

“If this suggestion of personhood is established, the appellant’s case, of course, collapses, for the fetus’ right to life would then be guaranteed specifically by the Amendment.” Justice Blackmun, Roe v Wade

While there may be an interesting metaphysical debate about personhood, the libertarian view of rights and the role of civil governance doesn’t depend on any single philosophical position. Moreover, the Court has clearly acted on assumptions of personhood by way of mere existence, not philosophical definitions of personhood. No court adjudicating disputes over human rights can coherently operate without the assumption that a living human individual has such rights regardless of any metaphysical notions they might have concerning personhood.

Libertarianism holds to definite conditions in order to qualify as a rights-bearer. This is why my theory of fetal self-ownership avoids both the metaphysical personhood and religious sides of the abortion debate. Questions that pertain to rights-bearing status are made unambiguous by expressing human rights in terms of property rights.

Did you like Life vs Personhood and Abortion: The Metaphysical Distinction without a Legal Difference?
You may also like These Posts: