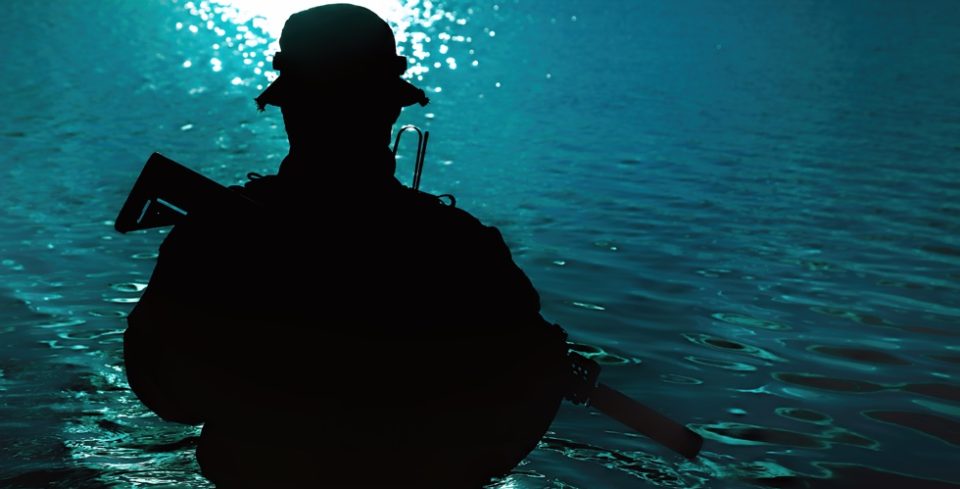 The fine print at the bottom of the website where I signed up to receive some religious newsletters read: “From time to time you will also receive Special Offers from our partners that help us make this content free for you. You can opt out of these offers at any time.”

I never paid much attention to any “special offers” I received in my inbox until I read the subject line of a recent e-mail: “Aim High And Accept The Call To Serve Those Serving.” Turns out that the e-mail “was sent on behalf of U.S. Air Force Chaplain Corps.”

Here is what it said:

FULFILL YOUR HIGHER CALLING IN THE U.S. AIR FORCE.

In the U.S. Air Force, you’ll have the opportunity to care for Airmen and their families at home an in deployed locations. Your pastoral presence will comfort men and women who impact our national security mission.

The U.S. Air Force Chaplain Corps is a diverse team providing religious care and support. Chaplains are commissioned officers who have the opportunity to serve as religious ministry professionals who advise Air Force leadership on religious needs, spiritual care and ethical matters. You may lead a worship service, conduct marriage counseling, help a young Airman far from home or pray a blessing over those leaving for deployment. It’s all in a day’s service.

AIM HIGH AND ACCEPT THE CALL TO SERVE THOSE SERVING.

Since I write extensively on the subject of Christianity and the military, I clicked the link to the Air Force Chaplain Corps website in order to see more of the Air Force’s sales pitch to gullible religious people:

Nothing tests religious beliefs more than many situations our Airmen face throughout the course of their service. Providing pastoral care ministry and counseling to those of faith and those of no faith, Air Force chaplains are religious ministry professionals who support the spiritual resilience of our Airmen all over the world. As spiritual leaders, chaplains are relied upon for faith and personal guidance. They are also advocates for our Airmen and consult with leadership on moral, ethical and quality-of-life issues.

Turns out the Air Force doesn’t just take anyone. There are two education requirements:

Experience is required to be a chaplain: “Two years of religious ministry leadership experience.” However, no statement of faith is required. You can believe anything you want. You can be a chaplain for the following denominations: Christian Protestant, Muslim, Jewish, Orthodox Christian, Roman Catholic, and “other faith groups.”

The qualifications to be an Air Force chaplain are stringent:

The recruitment process is rigorous. Among other things, potential Air Force chaplains must submit an ecclesiastical endorsement (DoD Form 2088), a resume, letters of recommendation, and a video of themselves preaching in a “civilian ministry context”; undergo a physical exam and a credit check; and have a face-to-face interview with a senior-level Air Force chaplain.

I can’t speak for Muslims, Jews, Orthodox Christians, Roman Catholics, and “other faith groups,” but I can speak for Christian Protestants since I am a theologically conservative evangelical Christian.

I have written about military chaplains before.

This time I want to focus on one thing that the e-mail I received from the Air Force said. One of the duties of an Air Force chaplain might be to “pray a blessing over those leaving for deployment.”

How could a Christian Protestant chaplain who claimed to be a follower of the Prince of Peace and the ethics of the New Testament do such a thing?

so again I ask: How could a Christian Protestant chaplain who claimed to be a follower of the Prince of Peace and the ethics of the New Testament do such a thing?

Okay, I can’t resist. How about one more thing? Another duty of an Air Force chaplain might be to “conduct marriage counseling.” Since same-sex marriage is now legal everywhere in the United States, it is conceivable that a Christian Protestant chaplain in the Air Force might be called upon to counsel two men or two women in the military who are “married.” Can a Christian Protestant chaplain—knowing that God created Adam and Eve not Adam and Steve, knowing what the Bible says about homosexuality, and knowing that the Bible doesn’t recognize same-sex marriage—tell two homosexuals in the military that they should neither be married nor be homosexual? I think the answer is quite obvious.