The Reason You Hate Politics 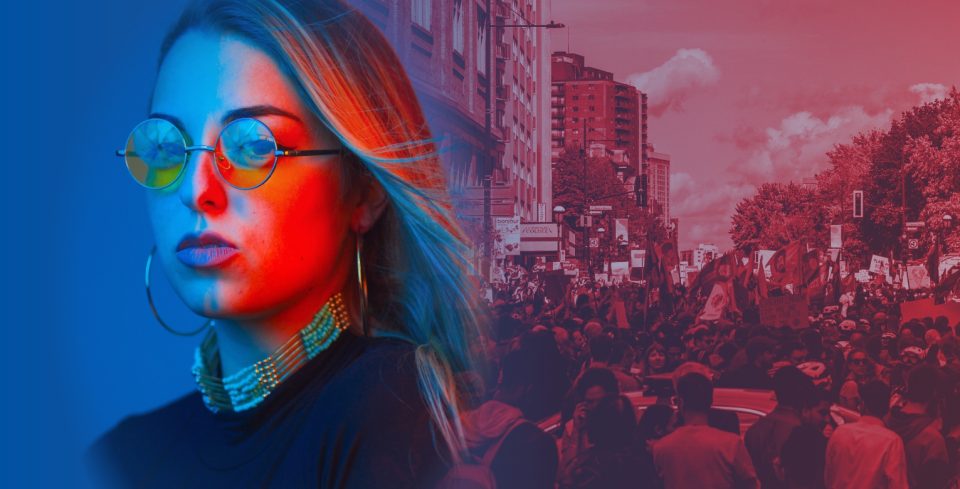 I’m prompted to write about this because of a blog post I’ve seen passed around my circles on Facebook. It’s written by John Jalsevac, a journalist and digital marketer turned PhD Philosophy student, and called Why I’m so Angry. Jalsevac vents his anger and frustration with the so-called “Christian right” of American politics who has turned their penchant for anger of the left on Vice President Mike Pence, who (allegedly) became a modern day “Benedict Arnold” by moving forward with certifying the electoral college in favor of the now official, President-elect Joe Biden.

Jalsevac unpacks several reasons for his anger; I’m not going to evaluate his actual reasoning, but rather speak to an underlying sentiment I’ve seen from those promoting the article: disappointment with the appropriation of religious language which is dividing the church on political grounds.

Any regular reader of LCI is well aware that we’ve been calling out the use of religious language in politics for years. Setting aside the problem of religious language (watch American Idol: How the State Attempts to Replace God), the linguistics of politics is necessary, and it’s time for Christians to start learning some distinctions. For example: politics vs governance.

Politics is a game!

Contents show
1 Politics is a game!
2 Motivations
3 “May the odds be ever in your favor”

When I was a local activist, I learned very quickly that politics is a game. It’s a game played by parties jockeying for power. The game is played in campaign materials for candidates and referendums, interviews with news personalities, backdoor negotiation of legislation, posturing during crisis, and so on. Several years ago, on a very local level, I participated in every aspect of this game and know it well, first hand.

I was very good at it – to the point where I could easily get the city attorney, or the chief of police, or the municipal court judge, or any of the elected officials, to have coffee with me to discuss policy because they knew how much power I wielded (and I wasn’t even elected!). But this wasn’t governance! The aim of politics is to “win.” Governance isn’t about winning.

I distinctly remember being faced with the question of whether I should end my political activism, and take up the more philosophical side of things (the work I’m doing now), or snatch the proverbial “One Ring” for myself. That temptation is real; most people who observe the political game from the stands don’t have an appreciation for it. God had other plans for me and the possibility of wielding that power was providentially taken out of my hands. (Thank God!)

People are fooled into believing that we have to play the game in order for good governance to reign. But the game is so all-consuming, that it supplants governance.

Our so-called “government” has sidelined actual good governance for decades. Americans now believe politics is governance, and so they play the game too. They play the game like they would “fantasy football.” It should be no surprise that politics has come to this. Have you ever seen the riots from the upset of a game in professional sports? This is the exact same phenomenon. Except the stakes are higher because fundamental necessities of humanity and culture are on the chopping block – regardless of which “side” one plays.

Some Christians are waking up to this reality. They describe themselves as “politically homeless.” It’s a good place to be, frankly. It means you’re done with the game. However, I’ve observed many “politically homeless” Christians, in an attempt to walk away from this terrible game that exploits the worst of humanity, also abandon the task of evaluating the concept of governance:

They’re so disenfranchised with the game (as well they should be!) they throw out the baby with the bathwater. Ironically, they leave the task of governance to the “winners” of the political game. And the winners, are the most diabolical, by the way. They didn’t win because of fair play. They win because they’re better at the game than their opponent. And I’m not even talking about “fair elections” at this point.

For one reason or another, some suggest that the problem isn’t politics. The problem is motivations: racism, sexism, greed, religion … only nefarious motivations are attributed to opponents in this game. People believe their preferred proponent have righteous motives: justice, peace, prosperity (especially for the disaffected), unity, etc.

What people don’t understand is that nefarious motivations are individual, not collective. Newsflash: everyone playing the political game has both nefarious and righteous (at least superficially) motivations. They don’t have all or none, eg. not all white people are motivated by racist tendencies and you don’t need to be a leftist white person to prove that!

Racism (or greed, or sexism, or religion, etc.) may be a factor in what motivates particular individuals. However, no one is insulated from nefarious motivations simply because they fall to the left or the right. The problem with the game of politics is not the nefarious motivations; it’s seeking to control the opposition whomever that may be.

“May the odds be ever in your favor”

This familiar refrain comes from the Hunger Games. It’s a back-handed well-wish given to those taken from their families in order to perform in a technologically-advanced gladiator-style event, in which you win the game by killing all of your opponents. They’re your opponents for no other reason than The Capitol told you they were your opponents. And the reality is, if you don’t play along, you’re going to be the one killed. To win, you must become the monster you hate.

The reason you hate politics is because the good guys don’t win this game. Trump is the loser of this round. That fact is obvious. He’s not the loser because the votes were (or were not) counted correctly. He’s the loser because the public narrative says he is. (That’s not cynicism, that’s the reality of the political game). And as good as it may be that a man like Trump lost, that doesn’t mean the winner is the better man or woman. It doesn’t mean they’re better at governance. It means they’re better at politics. They’re better at the game. The game that is pissing everyone off. Why do you suppose each election gets worse? Why do you suppose each election is “the most important election of our lifetime”? It’s because the political players are worse than the last and so the stakes for us are higher than the last.

By all means, stop playing the game! That’s what Christians should do. But we cannot abandon governance to politicians. Governance is a gift of God, ordained by him for societal order. We cannot err by continuing to confuse the task of governance with the game of politics.