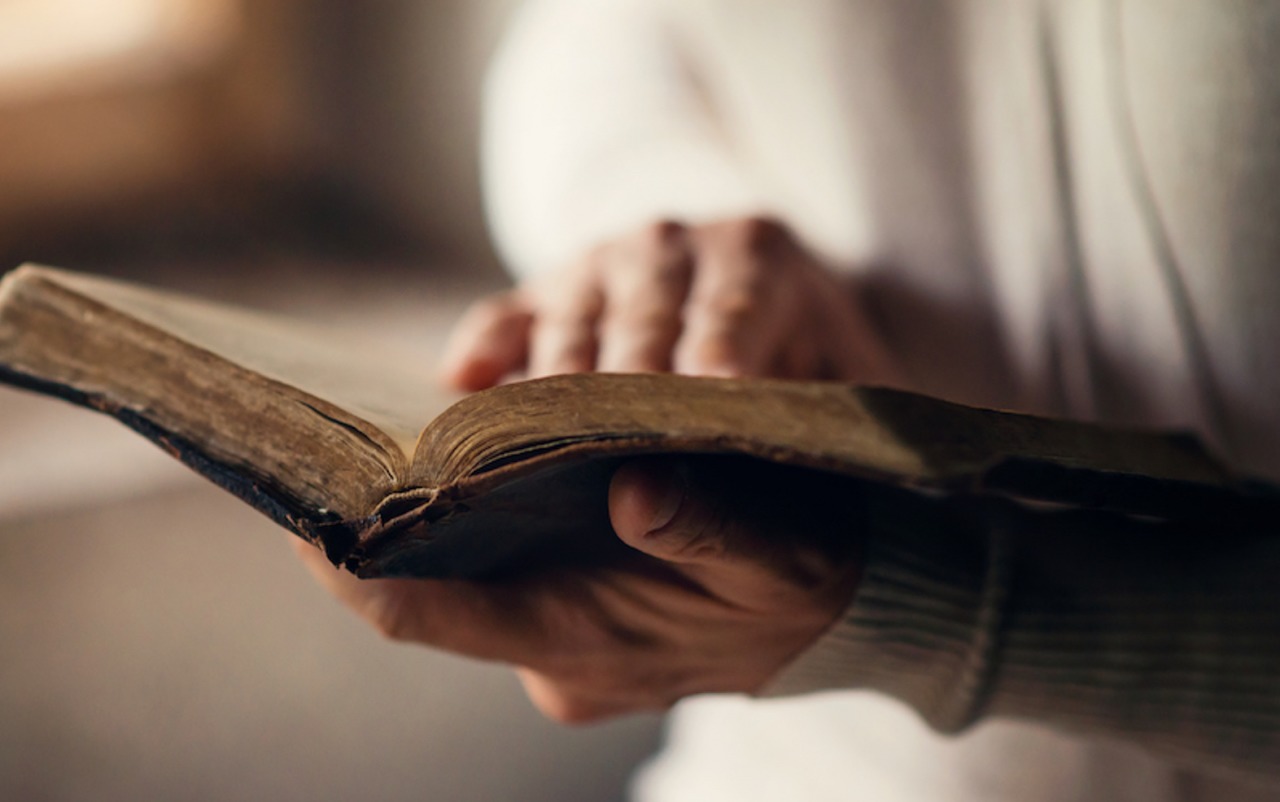 The following article was published by David Lipscomb in The Gospel Advocate on roughly January 30, 1866 — not even a year after the surrender of the Confederate States at Appomattox. Lipscomb is an historic figure of the Church of Christ, also known as part of the Stone-Campbell Movement. It is the denomination I grew up within, and still attend today, even if it looks much different. Lipscomb had a remarkable understanding of the Bible as it pertained to the state, which is epitomized in the book On Civil Government. I am actively engaged in research of Lipscomb’s writings in the Advocate, with the goal of eventually bringing more of his work to greater recognition in my denomination and for wider dissemination.

I believe Lipscomb’s piece below is amazingly timely for today, as so much internal political conflict in these United States divides people. Lipscomb notes how tragic it was that Christians, a people who should be devoted solely to the Kingdom of God, would acquiesce to the state, an “institution of man” in Lipscomb’s words, in shedding the blood of their fellow Christians in the Civil War. Yes, slavery was a great evil and indeed the abolition slavery as a result of the war was good. But make no mistake, the war was not necessary. Other nations, Great Britain most prominently, abolished slavery without firing a shot. It is to the shame of all participants, North and South, that they engaged in killing fellow brothers and sisters in Christ at the behest of their “rulers”. Had American Christians said no, we will not shed blood, world history would look quite different. May we let our allegiance to the King of Kings define us, and may we let our actions reflect that allegiance, rather than cling to the powers that be as the organizing power of our life.

This quote, in particular, is quite poignant, and perhaps can be applied today readily as well:

The Church that is divided and sundered by the sectional and party strifes of the political trickster and demagogue, that becomes the subservient tool of the ambitious aspirant for self and place, and of the scoffing infidel, can never be the Church of God.

Finally, Lipscomb criticizes even fellow ministers for forsaking their calling to preach the Gospel on account of the impoverished situations of the people to whom they are called. “Our conviction is that no preacher who shares the bounties and favors of a people while prosperous, and then forsakes them when misfortune comes, has either the soul of a true man or the heart of a Christian.” Remarkable!

Read this with an eye to understand our history, and begin to understand the depth of thought of someone whom I’ll certainly write more about in the coming years. And now, enter David Lipscomb.

The South as a Field for Religious Labor — David Lipscomb

We believe from our own personal observation and from the reports we continually hear from all parts of the South, that there is hardly so inviting a field for faithful ministerial service to be found in the world, as is presented in our own war-smitten State and those south of us. The very trials, sufferings and disappointments of our people have prepared their minds for appreciating the true characteristics and promises of the Kingdom of Heaven. They have by sad experience learned how uncertain are riches; they, by the blighting of their fondest hopes, have had their con­fidence in, and affection for the human institutions of earth much impaired. They have sorely felt that when earthly kingdoms promise peace and happiness, they bring instead deep sorrow and bitter distress. The hearts of many of the people yearn for something more sure and steadfast in its promises, more stable and permanent in its blessings, than any earthly institutions can give. Yet, while thus yearning will anxious hearts for a stay and comfort for their weary souls, they have beheld the churches professing to be of God, torn and sundered, belligerent and bloody-handed, in fraternal strife. They have seen the professed ministers of the Prince of Peace, in the name of him that was meek and lowly, hounding on their followers to deeds of rapine and blood, urging the slaughter of their own brethren for the sake of upholding an institution of man. Seeing this, their faith has become weak, not in God or the Christian religion, but in these professions of Christianity. They were cred­ulous imbeciles not to lose faith in such professions of religion. It re­quires no deep learning nor subtle powers of logic to satisfy the earnest and true heart, that such professions of Christianity arc false and empty retentions. The world demands, and God demands, a Church that will stand erect amid all the conflicts and strifes of parties and nations, an undivided and indivisible unit, “maintaining the oneness of the faith in the bonds of peace.” The Church that is divided and sundered by the sectional and party strifes of the political trickster and demagogue, that becomes the subservient tool of the ambitious aspirant for self and place, and of the scoffing infidel, can never be the Church of God. The Church founded of God, the only Church that can benefit man, must not only be able to maintain itself as an indivisable[sic] unit against the discord of warring sections and the shock of national strifes, but must withstand the gates of Hell itself. That unity must be real and practical, not in appearance only. ’Tis a base, if not a wicked use of terms to call a Church united —one in Christ, while the members of that Church in bit­ter wrath are destroying one another with the consent and approval of that Church. One, as Christ and his Father are one. Did they rob and destroy and murder one another? Then can Christians, who are to be one, as they are one do such things? It requires no great astuteness of intellect to perceive the glaring inconsistency of such a course. And to see too the fitness of the picture drawn by the Savior, of the wolf in sheep’s clothing, to those preachers who, in the garb of the Prince of Peace, urge their fellow men to deeds of blood and violence. “They come to you in sheep’s clothing, but inwardly they are ravening wolves.”

Such preachers and such churches, we are satisfied, can never reach effectually the people of the South, and if they did reach them, could never benefit them or any other people. The preachers and the churches that alone can benefit them or any other people, must be those who have not taken upon themselves the cares, anxieties and responsibilities of the world, “which choke out the good seed of the word and make it unfruit­ful,” but who are of that class of “good soldiers of Jesus Christ, who entangle not themselves with the affairs of this life” — 2nd Tim. 2:4. To such there is a more inviting field of labor in the Southern States, we believe, than the world has ever before seen. There is a remarkable dearth of laborers throughout this section. This dearth is attributable to several causes. The occupancy of the minds of the people with the unhappy struggle through which they have just passed, has so engrossed the interests of all, that no young men have grown up into the ministry. Some, who had harnessed themselves for life-labor in the Kingdom of the Lord, have sadly fallen in the service of another master. Others have turned aside from their first love. Oth­ers who went among them for their money, when their money failed for­sook and left them to their poverty and distress, without spiritual advis­ers and comforters. “The hireling fleeth because he is a hireling and careth not for the sheep.” We have often from sacred and profane histo­ry, heard of preachers who appealed to others for help to enable them to go to and continue in promising but destitute fields of labor, but it re­mained for this year or our Lord, 1865, to develop the case of professed preachers of the Gospel appealing to churches for aid to carry them away from fields that they themselves reported most promising, for no other cause than that the people were poor. Jesus Christ gave as the crowning characteristic of His religion, “the poor have the gospel preached to them.” The preacher of His religion in the 19th century preaches to a people while they are rich, leaves them when and because they are poor. Our conviction is that no preacher who shares the bounties and favors of a people while prosperous, and then forsakes them when misfortune comes, has either the soul of a true man or the heart of a Christian. Had he a single spark of the true spirit of Christ he would work and toil with his own hands, share their poverty and sorrows with them, and still be their guide and comforter in directing them to the true riches that fade not away. He who acts differently neither can or ought to retains the re­spect of any community. Then the people of the South are poor, another preparation favorable for the reception of the Gospel. Many who heretofore had their mind and affections taken up with other matters, now are ready to hear the truth. Here, then, is a rich and promising field of souls made ready under the workings of Providence for the reception of the good seed of the Kingdom. Who is there that can, with clean hands, enter in, sow and cultivate this field prepared of God?

PrevPrevEp 181: Grandstanding, with Brandon Warmke and Justin Tosi
NextEp 182: Was Jesus a Socialist? with Lawrence ReedNext