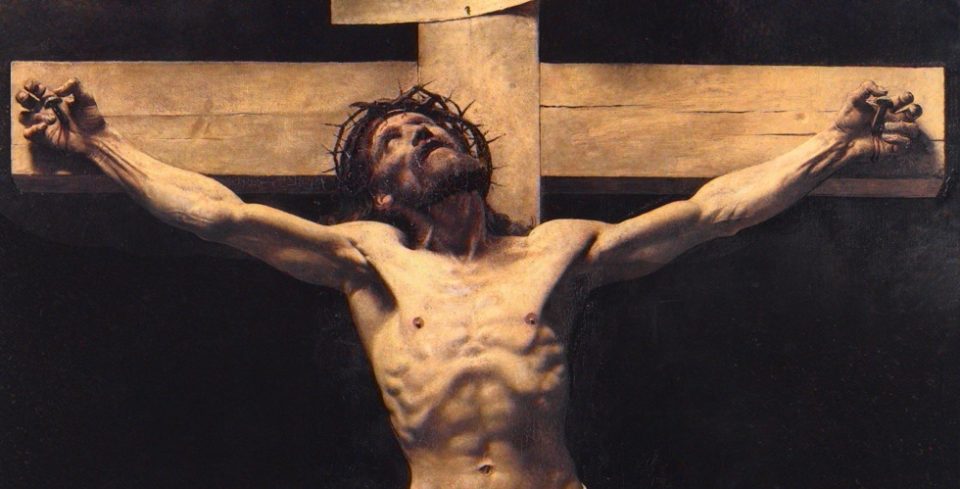 By six o’clock in the evening on the first Good Friday, the world was a different place—although no one knew it at the time. Jesus’s disciples certainly weren’t aware that anything other than a crushing defeat had just occurred with the crucifixion of their Messiah.  In reality, a revolution had begun. The dark powers of Sin and death that had held the world captive were at last defeated. In their place, a new kingdom had been established on earth with a heavenly King. A new creation had been inaugurated here and now, as Jesus’s resurrection would soon prove. This new creation reestablished the fusion of heaven and earth, as they were one in Eden, then mirrored in the tabernacle and then the Temple, then in Jesus himself, and now also in his followers. “Your kingdom come.  Your will be done, on earth as it is in heaven.”

So N. T. Wright argues throughout his recent book on the meaning of Jesus’s crucifixion, The Day the Revolution Began (New York: HarperOne, 2016). Wright explains that he felt a need to add to the discussion on atonement due to his observation that most Christians seem to have adopted an understanding of it that has been divorced from the bulk of its biblical meaning. Over the centuries, the biblical context was forgotten and the gospel elements were interpreted through the lens of Platonism and gnosticism, creating a paganized gospel.

The effects of this are that instead of the biblical understanding of the new creation of heaven coming to earth as the eschatological hope, we have instead placed our hope in an other-worldly, “spiritual,” and disembodied heaven. And that has led the majority of Christians to interpret the gospel as essentially a how-to guide for getting to this heaven, with little earthly impact. If our future lies somewhere else, and therefore we imagine this world will be obliterated rather than renewed, then the purpose of sharing the gospel is simply to save souls, while addressing social and physical concerns is a distraction.

And the new king’s way of doing things is defined by the self-giving, suffering love displayed by Jesus on the cross. That is how his kingdom is advanced. As Wright put it, “the victory of the cross will be implemented through the means of the cross.” And what does this look like? If only Jesus had given us a set of instructions such as we find in the Ten Commandments and the rest of the law.

But he did. The Sermon on the Mount is meant to call Moses’s receipt (and delivery) of the law upon Mount Sinai. He begins with the “Beatitudes,” which is not to be read simply as a set of blessings upon certain people, but as a proclamation of a new way of being human. As Wright explains, it is through these sorts of people that Jesus’s kingdom will be implemented. Wright’s translation in his New Testament for Everyone is worth copying here:

When Jesus saw the crowds, he went up the hillside, and sat down.  His disciples came to him.  He took a deep breath, and began his teaching:

Wonderful news for the poor in spirit! The kingdom of heaven is yours.

Wonderful news for the mourners! You’re going to be comforted.

Wonderful news for the meek! You’re going to inherit the earth.

Wonderful news for people who hunger and thirst for God’s justice! You’re going to be satisfied.

Wonderful news for the merciful! You’ll receive mercy yourselves.

Wonderful news for the pure in heart! You will see God.

Wonderful news for the peacemakers! You’ll be called God’s children.

Wonderful news for people who are persecuted because of God’s way! The kingdom of heaven belongs to you.

Wonderful news for you, when people slander you and persecute you, and say all kinds of wicket things about you falsely because of me! Celebrate and rejoice: there’s a great reward for you in heaven. That’s how they persecuted the prophets who went before you.

As Wright explains in his commentary,

Jesus is not suggesting that these are simply timeless truths about the way the world is, about human behaviour. If he was saying that, he was wrong. Mourners often go uncomforted, the meek don’t inherit the earth, those who long for justice frequently take that longing to the grave. This is an upside-down world, or perhaps a right-way-up world; and Jesus is saying that with his work it’s starting to come true. This is an announcement, not a philosophical analysis of the world. It’s about something that’s starting to happen, not about a general truth of life.  It is gospel: good news, not good advice.

The “heart of the revolution” is that the kingdom of God is being launched through “the power of self-giving love.” Therefore, it is imperative that we avoid the self-defeating and anti-Christian temptation to “make the world a better place” through the world’s own power games. Just as darkness cannot overcome darkness, so the powers of the world are incapable of overcoming themselves. A new sort of power, that of self-giving love, is required – and that is what is revealed by Jesus’ crucifixion in which he gave his life “as a ransom for many.”

As Christians, this means we must resist the temptation to implement the kingdom through the world’s own mechanisms. Do the politicians we vote for, the wars and alliances we justify, and the humanitarian crises we ignore all for utilitarian reasons reveal a denial of the good news that the powers of the world have been overthrown? Do the actions we justify reflect a denial that we, as Christians, are to function as agents of Jesus’s kingdom on earth, implementing it through love and mercy?

When we understand the proper goal of salvation not as saving souls for an other-worldly ‘heaven,’ but participating in God’s current mission of bringing heaven to earth, we can embrace a more holistic and biblical gospel. Rather than having an attitude of “it’s all going to burn anyway” and so neglecting physical and social concerns as side-issues to evangelism, we must recognize that sharing the complete gospel necessarily includes striving toward justice, mercy, and beauty in this world. It means working toward human flourishing.

As libertarian Christians, this means not being willing to settle for “the lesser of two evils,” nor turning a blind eye to inhumane treatment of immigrants and their families, “lawbreakers” and other victims of police abuse, unborn children, starving Yemeni children, murdered wedding parties and pine nut farmers and school buses full of children, and so on. It means no longer supporting the blood-soaked state—no longer being willing to try to seize control of it to accomplish our goals. We must not listen to the lie that says that we have no other “realistic” or “practical” choice but to compromise with the powers of this world.  If that is the case, then Christ died for nothing.