Want to “Do Something?” Embody the Kingdom of God 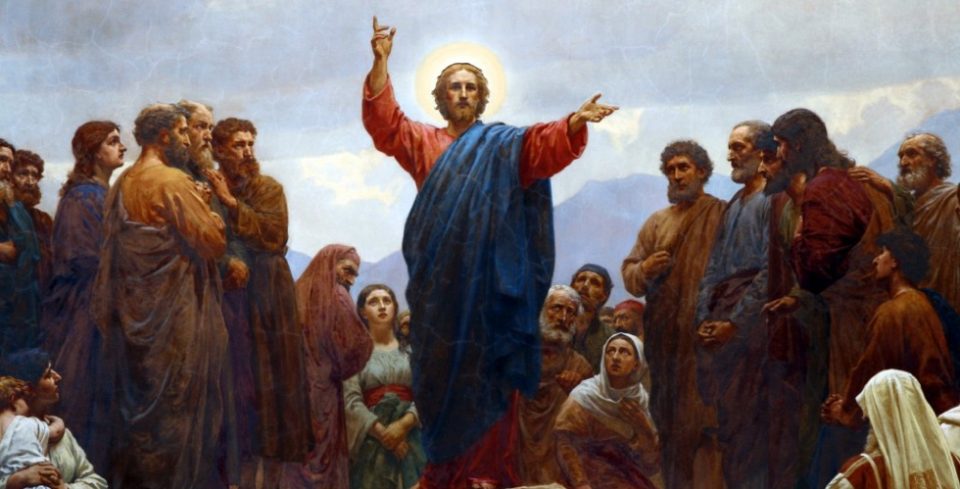 It became common in the late 20th century for American Christians to primarily associate the kingdom of God with a future, cloud-filled place in the sky where we fondly look forward to living with Jesus for eternity one day. There is some truth to this caricature, especially the part about being with Christ for eternity. However, this mode of thinking was so future-focused that the present reality of the kingdom tended to be under-emphasized or neglected altogether. When Jesus proclaimed the gospel, he said “the time if fulfilled, and the kingdom of God is at hand; repent and believe the gospel” (Mark 1:14-15). The kingdom arrived in the person and ministry of Jesus the Christ, and Mark spends the rest of his Gospel account describing what it looks like when the kingdom of God begins to take over and push back the kingdoms of darkness. We are living ‘between the times.’ While the kingdom of God will not be fully established until Christ returns, it is a very real, present-day reality.

It is an encouraging sign that so many followers of Christ have made a correction away from such a future-oriented understanding of the kingdom, and are instead embracing what Scripture reveals about the ‘already but not yet’ reality in which we exist: the kingdom has already been inaugurated, but it has not yet been fully consummated. Today, we can find many sermons, articles, books, and podcasts on ‘kingdom living’ and ‘kingdom demonstration.’ There is much disagreement, however, on what it means to demonstrate the kingdom of God. What does this look like? How should we go about it? More often than not, the answers to these questions follow closely along long-established ideological and political lines.

The perspective I will briefly critique here is one that associates “kingdom” initiatives with the public policies of the state.  We are tragically confronted with the reality of evil all the time, and we understandably reply, “We’ve got to DO something!” This is good and right. Kingdom demonstration includes confronting injustice. But what do we confront injustice with? And who is to do this? How will it be done?  The immediate, reflexive answer for far too many Christians is: the government has got to do something to force people to stop behaving this way, so let’s pass a law. The government has got to help these poor folks and meet their needs, so let’s pass a law “for the children.” Wherever you fall on the political spectrum, if you are a follower of Christ, this should not be your primary, instinctual response. The laws, policies, taxes, and regulations of the state should not be the primary means by which you seek to demonstrate the kingdom of God.

But imagine all that we could accomplish for good if we were able to harness the full might of the government of the United States! We could do some great things with all those trillions! Yes, it’s tempting. Did you know this power was actually offered to Jesus at the very beginning of his ministry? Matthew 4:8 tells us Jesus was led out into the wilderness to be tempted by the devil. After showing him “all the kingdoms of the world and their grandeur,” Satan said, “I will give you all these things if you throw yourself to the ground and worship me.” Jesus could have been the new Alexander the Great or the ultimate Caesar. The supreme authority in the world would have shifted from Rome to Jerusalem. Imagine the societies he could have built. The justice he could have established. The tremendous amount of good that could have actually been accomplished. All of these are reasons why this would have truly been a tempting offer. But by accepting Satan’s offer, Jesus would have needed to exchange the worship of the Father for the worship of Satan, exchanging the worship of the one who is ruler of all things for the ruler of this world. Jesus would not commit that idolatry. What about us?

When Jesus rejected the offer to receive the kingdoms of the world, he was also rejecting the offer to become king of the world on the world’s terms. Jesus was rejecting governance through force and coercion. Jesus did ultimately become King, as he said to Pilate, but he did it on the Father’s terms, not the world’s. This is why the kingdom of God is often referred to as the “upside down kingdom.” Jesus conquered: not by killing, but by being killed. The servants didn’t wash the Master’s feet; he washed theirs. He rebuked his disciples for striving to be the greatest, and instead taught the first shall be last and the last shall be first. Jesus “set his face toward Jerusalem” and strongly embraced the path of becoming the least, even to death. And now he’s the first. We serve a King who is far above the kings of the earth. If Jesus rejected the option of governing according to the world’s terms, what should followers of Jesus do?

Like the Israelites in the wilderness longing for how good they had it in Egypt (Exodus 16-17), Christians have a hard time letting go of the American empire. Much of the time we act as if we have no king except Caesar (cf. John 19:15). The church was supposed to have left behind her allegiances to the empires like Egypt and Rome. The people of God have been delivered out of exile and occupation. When Jesus celebrated the Last Supper (Passover) with his disciples, they looked back to God’s deliverance from Egypt and forward to the Messiah’s deliverance from Rome. Jesus is the Passover lamb. He told the disciples that his sacrifice would find its fulfillment in the kingdom of God (Luke 22:15-16). The judgment of God upon all opposing kingdoms began with the death of Christ. His sacrifice liberated the people of God from enslavement to the hostile powers. So why is the first response of kingdom people to appeal to the American king? Why do we act like we have no king except Caesar when we need protection and justice? Why do we put ourselves back under occupation? How quickly we turn from the upside-down ways of God’s kingdom and back to might-makes-right and ‘majority rules.’

Jesus is the King of the kingdom of God and the Church constitutes the kingdom’s people. Each local church is an expression of Christ’s kingdom in their community. Each body of believers mediates the presence of God in their region. Followers of Christ embody the kingdom to a watching world. We stand as a witness to the world of its true King and demonstrate a new social order. We embody what our nation, state, and city could be by carrying out what Jesus called us to do. If we want great things for our world (and we do), then our local churches should be the places where these possibilities have first become real. How will our witness have credibility if we do not embody what we desire for the nation? Our primary form of political activism ought to be our embodiment of Jesus’ vision of the kingdom of God.

This is not a call to withdrawal; far from it. It is instead a call to press into the world around us with all its dirt and mess and ugliness. But we do it as kingdom people and according to the ways of Jesus. And when the world is not as it should be, we demonstrate how it can be under Christ. Merely appealing to Caesar to make it right or attempting to take control of the levers of national power is not the way of Jesus. If you are called to serve in government, then do it prophetically. Do it as one whose primary and ultimate allegiance is to Christ and his kingdom. But all of us as followers of Christ need to renew our minds when it comes to politics and how we engage with the city. When our consciences are pricked and the urge to ‘do something’ comes, let us do something to embody Christ’s kingdom for a watching world.

Did you like Want to “Do Something?” Embody the Kingdom of God?
You may also like These Posts:

Read More »
PrevPrevEconomics, Hierarchy, and the Question of the State’s Inevitability
NextWhy Do We Hate Taxes?Next