The Sacrifice of Tulsi Gabbard 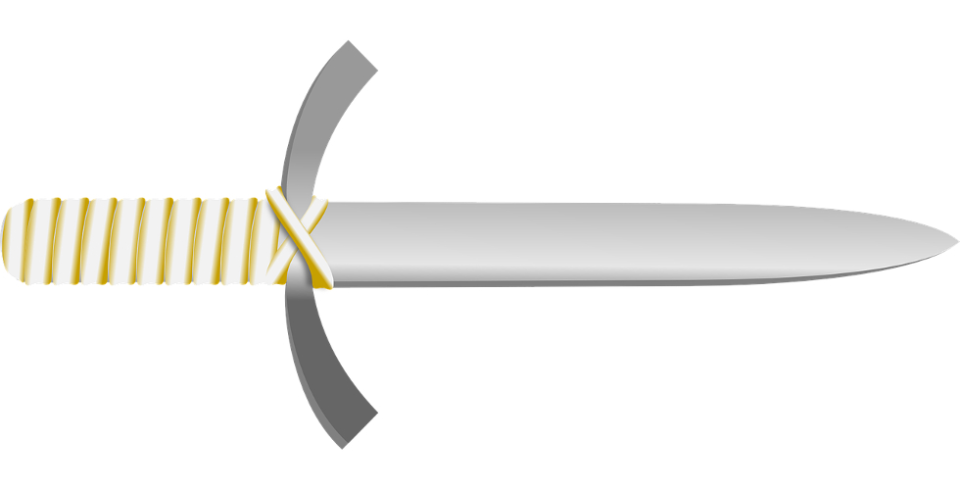 The media continues to be an increasingly petty, insecure clique as it mimetically parrots its own echo chamber talking points against any person who challenges their preferred leftist-corporatist brand of state hegemony. Think of political ideologies like denominations of a religion. They agree on fundamental dogma, that the statist form of governance is self-evident and unquestioned in its necessity. But not all denominations are equally powerful and entrenched.

The politically correct leftist denomination of the state continues to be the entrenched institutional religion of the state. Fortune 500 companies, Hollywood, music, academia, and the vast majority of media corporations continue to speak its credo and police its doctrinal purity across their platforms. They do this policing in the guise of victimism: they alone are the guardians of truth and they alone protect victims with it.

Except they don’t. A perfect example of this is what the media continues to do with Democratic Congresswoman from Hawaii Tulsi Gabbard. An independent thinking veteran and advocate for peace, she continues to be shunned by an envious leftist establishment.

She recently visited Syria to see the people on the ground and speak with Syrian leaders including the hegemonic leftist media’s new Hussein, I mean Gaddafi, I mean Bashar Assad. Any media parrot you read or hear on TV will always dutifully use the marketing term “butcher” to preface his name. That’s how vapid their reporting is. Of course, Assad is guilty of very violent things. But so are the terrorists our government created to initiate a coup in Syria. Why did they do it? Money and a Machiavellian global god-complex on the part of financial and bureaucratic interests in DC. The permanent state’s priests in that unholy city have had their bloodthirsty sights on the country’s strategic location, alliances, and resources for some time. Study Syria’s geography, history, and resources to fact check me.

And for those naive enough to question this basic assessment of the state’s interests in Syria, ask yourself: if the US and its owned media clique slavishly calls Assad a butcher and promoted chaos in his country for purely humanitarian reasons, why aren’t they doing the same in countries like Equatorial Guinea, Rwanda, and Chad? Those countries are ruled by brutal dictators too. Yet your vacuous media guardians, those valiant watchdogs of the truth, do not tell you every day how much of a butcher they are or how we should overthrow their regimes.

The answer is clear: the financial interests that own these media puppets do not prioritize those nations’ resources, strategic locations, or financial structures. So you don’t hear every night how they’re run by butchers. Instead, you see a congresswoman like Gabbard castigated and demonized for daring to question their lying interventionist narrative.

Is that too cynical to consider? Why not hang around your local city commission for a while and see how much power jockeying, clique politics, lying and back-stabbing goes on to decide who will get the contract to build a new 2 million dollar road.

And you think humans, given access to the greatest monopoly of military leverage in the US government, will magically just act in pure humanitarian interest when trillions of dollars are at stake?

I’ve got a bridge to sell you in Aleppo.

Gabbard has criticized Assad’s role in the conflict. But she has also been vocal in denouncing the US’s one party policy of arming terrorists in Syria. She even introduced a bill in Congress to stop arming terrorists. Our government aided and weaponized ISIS and Al-Qaeda terrorists, the same group that attacked us on 9-11, for the pathetic, pitiful lust for power and money available in Syrian regime change.

Yet today, you’ll see headlines like these plastered all over the hegemonic leftist media: POLITICO: Gabbard won’t disclose who’s paying for secret trip to Syria

DAILY KOS: Rep. Tulsi Gabbard has turned into a stooge for Syria’s dictator. Who will primary her?

These reporters are of the same state-religious clique that threatened Tulsi Gabbard’s career when she refused to bow the knee to Hillary Clinton in the primary. They want power. They love the state denomination of establishment leftism which allows them to use Syrian migrants’ fleeing desperation as a photo-op to bludgeon their rival state sect embodied in Trump.

The leftist media outlets incessantly questioning Gabbard’s call for peace and an end to US-backed terrorism in Syria don’t care if our intervention has destroyed cities and murdered and raped thousands. They only care about the social status points they get in social circles where being seen outraged at airport arrival lines is more important than stopping mass murder for profit and power.

They don’t care why these Syrians have no safe home. They only care about posturing against their conservative rivals who are skeptical of tax-payer subsidies to relocate Syrians to the US. As the Center for Immigration Studies notes, “…in their first five years in the United States, each refugee from the Middle East costs taxpayers $64,370 — 12 times what the UN estimates it costs to care for one refugee in neighboring Middle Eastern countries.”

When you’re an upper-middle class urban media state fanboy or girl, it feels good when you can scapegoat Wal-mart shopping Trump voters’ immigration skepticism to assuage the extreme cognitive dissonance of being utter moral cowards in the face of intervention. That’s why they ridicule voices like Gabbard’s consistent exposure of our terroristic bedlam in Syria.

To listen to the nightly TV broadcasts and morning headlines, it is a diabolical outrage for a Syrian to hear, “We are not currently boarding flights to the US at this time,” at their local airport, but it is a righteous cause to create a terrorist organization to hunt and ravage Syrians city by city. That’s the twisted logic of a clique maddeningly in love with power.

Thank you, Mrs. Gabbard, for having the courage to tell the truth. I don’t have to share your ideology to share your human conscience. You are seeing through the double-bind foreign policy trap of our bipartisan war policy: Satan casting out Satan. The state props up a dictator, usually from a minority religion, to control two large rival factions. Then, when that “Satan” has served his purpose we sacrifice him by engineering a coup to install a new regime, a new “Satan.” Our bipartisan deep state did this in Iraq, Libya, and now joins Saudi Arabia, home of 15 of the 19 9-11 hijackers, in fomenting such a bind in Yemen and Syria.

You continue a rare but brave tradition of voices like former congressman Ron Paul who dared to say no to this “Satan casting out Satan” foreign policy. No to the empire. I leave you this quote by the late French anthropologist René Girard to take with you as you face such a seemingly unstoppable unified bipartisan and media march for more Syrian intervention for power lust and profit: “If we ceased to desire the goods of our neighbor, we would never commit murder or adultery or theft or false witness. If we respected the tenth commandment, the four commandments that precede it would be superfluous.”

Oh, I can’t help myself. One more for the imperial congressional record:

“The children repeat the crimes of their fathers precisely because they believe they are morally superior to them. This false difference is already the mimetic illusion of modern individualism, which represents the greatest resistance to the mimetic truth that is re-enacted again and again in human relations. The paradox is that the resistance itself brings about the reenactment.” ― René Girard, I See Satan Fall Like Lightning

*This article previously appeared on LewRockwell.com