The End of Stoning: Jesus and the Personhood Revolution 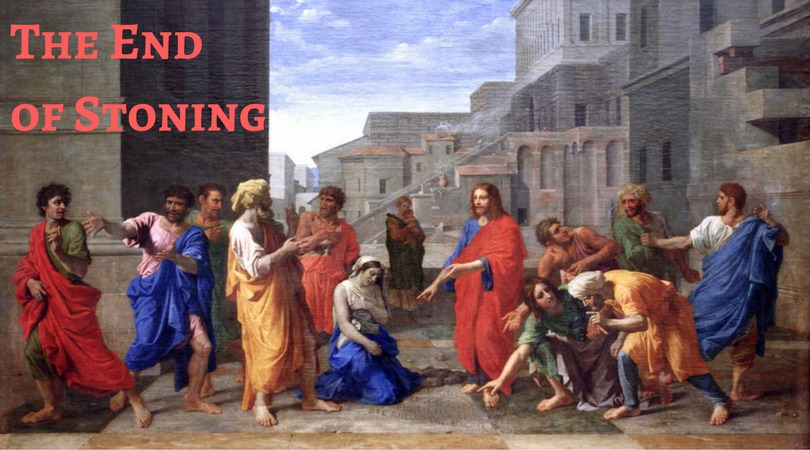 A problem people have when thinking about the lasting legacy of Jesus is the tendency to either objectify him as a ticket into a spiritual in-crowd status or dismiss him as a religious ascetic wholly incapable of relevancy for politics and world affairs. That’s because they’re Enlightenment rationalists that compartmentalize his life into a religious ideology to possess rather than a performative revolution in how humans can be with each other.

To understand the spiritual revolution Jesus began we must study his life and imitate his model in our daily affairs.

Here’s a critical example found in an account from the Gospel of John, Chapter 8 (NIV):

“They made her stand before the group and said to Jesus, ‘Teacher, this woman was caught in the act of adultery. In the Law Moses commanded us to stone such women. Now what do you say?’

They were using this question as a trap, in order to have a basis for accusing him.

But Jesus bent down and started to write on the ground with his finger. When they kept on questioning him, he straightened up and said to them, “Let any one of you who is without sin be the first to throw a stone at her.” Again he stooped down and wrote on the ground.

At this, those who heard began to go away one at a time, the older ones first, until only Jesus was left, with the woman still standing there. Jesus straightened up and asked her, “Woman, where are they? Has no one condemned you?”

“Then neither do I condemn you,” Jesus declared. “Go now and leave your life of sin.”

Notice Jesus doesn’t make a direct prohibition or law as that would only inflame the crowd’s desire to strike the woman. It would make the collective violence a hot stove to touch and also draw them into a rivalry with Jesus over who gets to be the authority.

Instead, he dismantles the crowd’s hive mind possession by making them consider, who among them will cast the first stone? This is a deconstruction of the power of anonymous crowd violence wherein people can absolve their own personal responsibility and connection to the murder of a victim.

From an anthropological standpoint, Jesus draws readers to the primordial question at the heart of mankind’s construction of civilization: just who will be the model without a model, the one who will not be able to shrink away under the possession of mass-imitation, and proceed to personally butcher a person, physically or socially. As always Jesus doesn’t deal with the “What to do” but the Why we do what we do.

The “first stone” reminds us that ritual stonings are some of the oldest forms of collective violence used to preserve and solidify a community’s order. Indeed, the piling of rocks on a dehumanized and eventually deified sacrifice leads to pyramids and monuments of imperial grandeur: symbols of nations’ collective immortality built on common victims.

Jesus’s “first stone” question also alludes to the first stone ceremonially laid on the bodies of human sacrifices as the cornerstone of an ancient city fortress or temple, another practice of worldwide antiquity.

As the late French anthropologist René Girard says in a must-read essay, “The Gospel text can be read almost allegorically, as the emergence of genuine personhood out of the primordial mob.”

The Founding of Personhood

This founding act of personhood stands in stark contrast to the founding acts of collectivist groups in history; the former is a nonviolent reversal of crowd possession, the latter are knee-jerk acts of violence that demands ritual repetition.

Personhood as a cultural principle dogs the west which is why we created prison reforms, due process, trial by peer juries, and so on in western countries as a means of curbing the crowd’s violent excesses against persons. Yet collectivist bodies are rooted in deep-seated ancient demands of human culture and demand bloodshed and expulsion to live. Today, the west continues to feed itself sacrifices but now in the name of victims.

Girard cites “The Life of Apollonius of Tyana,” a political propaganda text by Philostratus, a 3rd century Greek sophist, to unlock the power of the first stone principle. Apollonius is, of course, compared preferably with Jesus by modern scholars, always looking for another “safe” miracle working messiah with which to discredit the founder of the liberty movement. Yet from the text we see a clear contrast between the guiding principle of the old order of collectivist violence versus Jesus’s new personhood movement:

“He [Apollonius]… called together the Ephesians, and said: ‘Take courage, for I will today put a stop to the course of the disease.’ And with these words he led the population entire to the theatre, where the images of the Averting god had been set up. And there he saw what seemed an old mendicant artfully blinking his eyes as if blind, and he carried a wallet and a crust of bread in it; and he was clad in rags and was very squalid of countenance. Apollonius therefore ranged the Ephesians around him and said: ‘Pick up as many stones as you can and hurl them at this enemy of the gods.’

Now the Ephesians wondered what he meant, and were shocked at the idea of murdering a stranger so manifestly miserable; for he was begging and praying them to take mercy upon him. Nevertheless Apollonius insisted and egged on the Ephesians to launch themselves on him and not let him go. And as soon as some of them began to take shots and hit him with their stones, the beggar who had seemed to blink and be blind, gave them all a sudden glance and showed that his eyes were full of fire. Then the Ephesians recognized that he was a demon, and they stoned him so thoroughly that their stones were heaped into a great cairn around him.

After a little pause Apollonius bade them remove the stones and acquaint themselves with the wild animal which they had slain. When therefore they had exposed the object which they thought they had thrown their missiles at, they found that he had disappeared and instead of him there was a hound who resembled in form and look a Molossian dog, but was in size the equal of the largest lion; there he lay before their eyes, pounded to a pulp by their stones and vomiting foam as mad dogs do. Accordingly the statue of the Averting god, namely Hercules, has been set up over the spot where the ghost was slain.”

We can see that the Ephesians, already infected with the spread of Jesus’s movement by his follower Paul, are wrestling with the imperative to stone the poor beggar, a once easy target in ancient times when collective violence reigned uncontested. It’s only when the first stone thrower takes the initiative that the rest becomes easy. We need models to imitate mindlessly to hide our complicity in violence.

Dehumanization of the Victim

It’s also clear why Jesus averted his eyes to the ground when confronting his violent crowd. The beggar tried the same tactic by feigning blindness but eventually gave up and met their eyes, only for the crowd to project its own hatred onto him. Finally, we see that after the stones are removed, the text completes the total dehumanization of the victim. He is no longer man but a hell hound for pagan history to remember.

Whenever we put our brother or sister in a cage for a nonviolent act, we continue this blind crowd violence Jesus battles against. Like our ancient forebears, we are blinded by myth, now called ideology, pragmatism, or brute ignorance to place human beings into cages where assault and rape are rampant. By placing nonviolent people in cages, we bear false witness against them: we performatively accuse them of violence, the very thing we’re guilty of doing to them. Physical separation should only be considered for those who seek to hurt others. Anything else is convenient deceit borne of fear and envy.

“The Passion and Crucifixion are very much the same mimetic process as the ‘miracle’ of Apollonius, the same collective transference against an innocent victim, but instead of being written in the spirit of the persecutors, also called in the Gospels the spirit of Satan, a word which means the successful but deceptive accuser of innocent victims,—they are inspired by another Spirit entirely, the Holy Spirit, also called the Paraclete, a word which means the lawyer for the defense, the defender of wrongly accused victims.”

Christians who are awake, be the Paraclete to your neighbors suffering from collective violence. Tell their stories. Show the deceit and violence committed against them. Refuse to participate in it through voting rites and jury violence.

Secularists of the liberty movement, be the Paraclete to your neighbors the Church at large often struggles to be. Forget the Church’s hypocrisy and doctrinal worship: they’re humans wrestling with vestiges of sacred collective violence just like the rest of us. Be the Defender when they are not. Show them how it’s done.

I often say Jesus is the founder of the liberty movement and it sometimes scandalizes people. What are you doing mixing him in there?

I see true liberty as the absence of fear: the fear of death and lack of fullness of being that drives people to limitless envy and violence to find release from said tension. But it also includes the liberty movement as popularly conceived today: a movement of people animated by desire to no longer participate in collective violence against their neighbors.

I think all people should study and imitate Jesus, whether they consider themselves religious Christians or secular.

Did you like The End of Stoning: Jesus and the Personhood Revolution?
You may also like These Posts: 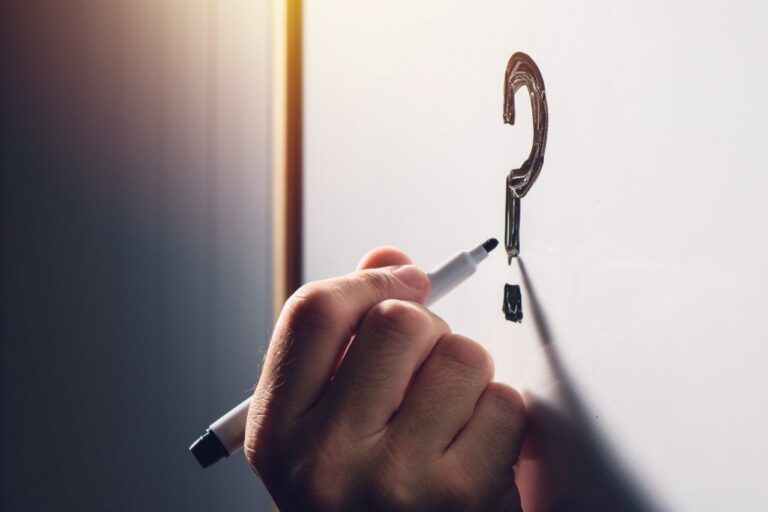