The Drug Test That Could Cost You Everything 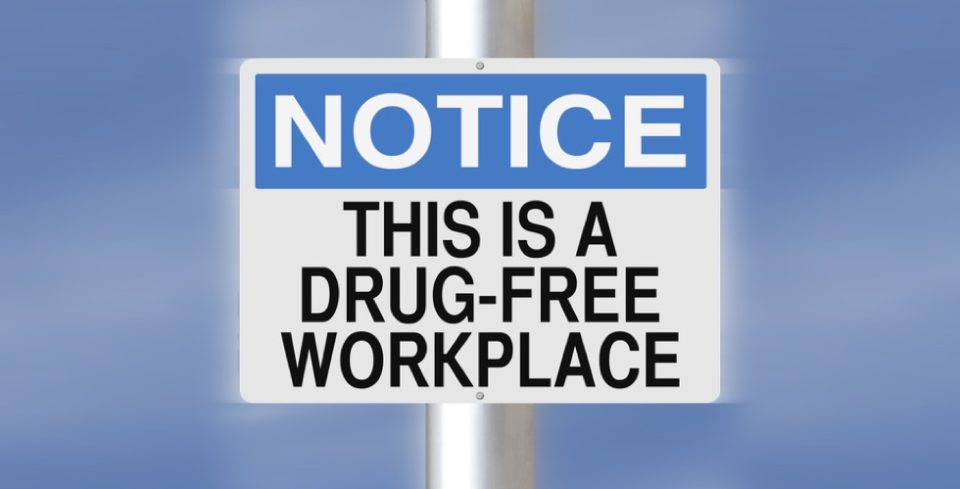 Although I have written over fifty articles on the injustice, hypocrisy, insanity, senselessness, inhumanity, and evils of the government’s war on drugs, I am still learning about just how destructive to life, liberty, and property the drug war can be.

Like the $2 drug test carried out by cops acting as chemists that could cost you everything.

According to a major story (“Busted”) by Ryan Gabrielson and Topher Sanders for ProPublica that was co-published with the New York Times Magazine, “Tens of thousands of people every year are sent to jail based on the results of a $2 roadside drug test” even though “widespread evidence shows that these tests routinely produce false positives.”

“You’re busted,” said Officer David Helms as he waved a vial in front of Amy Albritton’s face after forcing her to stand, handcuffed, in front of his patrol car in a Houston strip-mall parking lot on display for rush-hour traffic in the 93-degree heat.

Amy and her boyfriend, Anthony Wilson, who was driving her car, were pulled over by Houston cop Helms and his partner, Duc Nguyen, in 2010. Wilson didn’t have a driver’s license. He was detained and released. Albritton was charged with felony drug possession after Helms spotted a white crumb on the floor of the car that the officers believed to be crack cocaine.

As relayed by Gabrielson and Sanders:

Helms popped the trunk of his patrol car, pulled out a small plastic pouch that contained a vial of pink liquid and returned to Albritton. He opened the lid on the vial and dropped a tiny piece of the crumb into the liquid. If the liquid remained pink, that would rule out the presence of cocaine. If it turned blue, then Albritton, as the owner of the car, could become a felony defendant.

Albritton’s court-appointed defense attorney urged her to take a plea deal and serve a 45-day jail sentence to avoid facing the maximum penalty of two years in state prison. Although she told him that the police were mistaken and she was innocent, she agreed to the deal. After all, the drug test by the cops acting as chemists proved her guilt.

It turns out that field tests like the Houston cops used to cost about $2 and have changed little since 1973. They contain cobalt thiocyanate, which turns blue when exposed to cocaine—and more than 80 other compounds. According to Gabrielson and Sanders: “In Las Vegas, authorities re-examined a sampling of cocaine field tests conducted between 2010 and 2013 and found that 33 percent of them were false positives.”

Albritton served 21 days of her 45-day sentence. She lost her job as an apartment manager, her free apartment that came with it, and all of her furniture and other belongings, which were put on the side of the road. She ended up working at a convenience store.

The crumb found on the floor of Albritton’s car was sent to the Houston Police Department crime lab. Writes Gabrielson and Sanders: “By 2010, the lab had been discredited by a decade of botched science and scandal. Thousands of untested rape kits were shelved from unsolved assaults. Errors in fingerprint matches were discovered in more than 200 cases. The lab had lost key blood samples; employees had tampered with or falsified other evidence.”

Five months after Albritton completed her sentence, a forensic scientist tested the 0.0134-gram crumb and determined that it was not cocaine. It was just a crumb. Albritton was innocent, just as she maintained. The Texas Criminal Court of Appeals overturned her conviction just last month.

Cops arrest more than 1.2 million people a year in the United States for possessing illegal drugs. Don’t be one of them. Beware of the $2 drug test that could cost you everything. Most cops will have no problem following the letter of the law and bust you on the basis of this ridiculous drug test. Unless, of course, they are members of Law Enforcement Against Prohibition (LEAP).

But what if the crumb on the floor of Amy Albritton’s car was really cocaine?

So what? What if it was? What business is that of yours, mine, the police, or the government?

As I try to point out in every article I write about the drug war, the war on drugs is a war on freedom. It is a war on individual liberty and property rights. Snorting or otherwise ingesting cocaine may be addictive, immoral, sinful, dangerous, unhealthy, destructive, a waste of money, a dumb thing to do, and all of the above, but in a free society people must have the freedom to use it or die trying.

Since it is neither constitutional nor a legitimate purpose of the U.S. government to prohibit, regulate, restrict, license, limit, or otherwise control what any adult American wants to smoke, snort, sniff, inject, or swallow, it follows, as the night the day, that there should be no laws whatsoever concerning the buying, selling, possessing, using, or processing of cocaine in any form for any reason—or any other any drug for that matter.

Did you like The Drug Test That Could Cost You Everything?
You may also like These Posts:

Read More »
PrevPrevYou Will Be Missed at CFL
NextCFL 2016 Schedule and Food – One Week Away!Next