Should Christians Support Laws Against Prostitution? 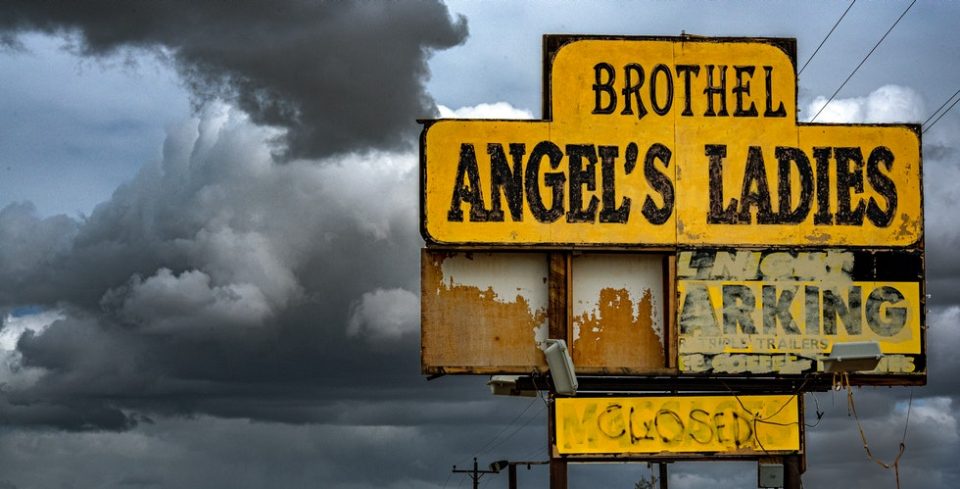 Poor Jimmy Carter. It must be tough for a life-long liberal Democrat to almost sound like a conservative Republican.

In a recent Washington Post op-ed, the former president argues that to curb prostitution, the government should punish those who buy sex rather than those who sell it. Carter’s one-sided approach is why I say that he almost sounds like a conservative since the typical conservative is perfectly happy with both parties being locked in a cage for engaging in peaceful, private, voluntary, consensual activity.

Carter is disturbed that “some human rights and public health organizations are advocating the full legalization of the sex trade.” He agrees with “Amnesty International, UNAIDS and other groups that say that those who sell sex acts should not be arrested or prosecuted,” but “cannot support proposals to decriminalize buyers and pimps.” He equates prostitution with “violence against women,” “domination,” “oppression,” and “exploitation.” Legalizing the act of paying money for sex “debases men by assuming that they are entitled to access women’s bodies for sexual gratification” and teaches every young boy that “women and girls are commodities to be bought and sold.” To be clear, Carter is arguing against prostitution itself, not just “the harm that accompanies it.”

Carter feels that the “Nordic model” pioneered in Sweden is a “much better policy option” that advances “human rights and healthy societies.” This strategy “involves decriminalizing prostituted women and offering them housing, job training and other services” but “treats purchasing and profiting from sex acts as serious crimes.” Another key component is “public education about the inherent harms of prostitution for those whose bodies are sold.”

Carter says that taking the approach that “mature adults should be free to exchange money for sex” ignores “the power imbalance that defines the vast majority of sex-for-cash transactions” and demeans “the beauty of sexual relations when both parties are respected.”

Carter concludes that “it is better to help women and girls avoid a life of prostitution and to deter men from buying sex acts.”

Carter has always claimed to be a religious man, a church goer, and a Sunday School teacher. Yet, not once in his op-ed does he appeal to Scripture to justify his call for arresting and prosecuting those who purchase sex for money but not those who provide sex for money.

There is no biblical warrant for either.

Before proceeding I should say that, as a Bible-believing, theologically conservative Christian, I believe prostitution to be wrong, immoral, debauched, sinful, bad, evil, impure, shameful, dishonorable, wicked, depraved, lewd, unholy, lascivious, degenerate, unclean, licentious, filthy, indecent, and every other bad thing you could possibly say about it. Prostitution is not something anyone should want in their city or neighborhood. Prostitution is not something anyone should want their wife, daughter, aunt, mother, grandmother, mother-in-law, niece, or sister to be involved in.

It is a shame that I have to be so tedious, monotonous, repetitive, and redundant in denouncing prostitution. But if I don’t make my opposition perfectly clear, then some of my conservative Christian brethren will smear me as a liberal, a moderate, a compromiser, a freethinker, a libertine, a hedonist, a sellout, and/or an antinomian who approves of prostitution.

Just like my conservative Christian brethren, I approve of no such thing. But there is a big difference between not approving of something and thinking the government should arrest, fine, and imprison people for doing what you don’t approve of.

Before turning to the Bible, I first want to make some practical and philosophical observations.

Does Carter not realize that it takes two to tango? He assumes that the woman offering her body for sale is always exploited, always dominated, always oppressed. In a word, she is always a victim. I don’t know any prostitutes personally, but I suspect that many would disagree. The high-priced call girls that former New York governor Eliot Spitzer paid for were certainly not victims.

If it is legal for a woman to provide free sexual services as often as she wants and to as many people as she wants, then how can it be illegal for her to charge for her services? How can something that is legal to give away be illegal if one charges for it?

It is not the job of government to curb prostitution, come up with policy solutions regarding prostitution, legislate morality, provide prostitutes with housing, job training and other services, help women and girls avoid a life of prostitution, deter men from buying sexual services, or to criminalize one party or both parties who engage in peaceful, private, voluntary, consensual activity.

My main concern, however, is whether Christians ought to support laws against prostitution.

The practical and philosophical observations I have made above should be reason enough for Christians not to support such laws. But let me make two additional observations.

And two, Christians are very inconsistent when they support laws against prostitution and not other immoral activities or sins. The immorality of prostitution is without question. The sinfulness of prostitution is without question. The question, then, is why don’t Christians want the government to go after people for other immoral activities and sins? Are not wrath, greed, sloth, pride, lust, envy, and gluttony the “seven deadly sins”? Does not the Bible say: “These six things doth the LORD hate: yea, seven are an abomination unto him: a proud look, a lying tongue, and hands that shed innocent blood, An heart that deviseth wicked imaginations, feet that be swift in running to mischief, false witness that speaketh lies, and he that soweth discord among brethren” (Proverbs 6:16-19)? Why prostitution and not these things? Why prostitution and not the sins they commit? This is where I say: To ask the question is to answer it.

Yes, Christians should support outreach ministries to prostitutes and other “sinners.” Instead of looking to the government to curb prostitution, they should do something about it themselves.

What consenting adults do on their property or in the privacy of their homes, hotel rooms, and cars is their business as long as their actions don’t infringe upon the rights of others. This is true even if Christians don’t approve of the things they are doing.