Religious Purity Tests Not Working So Well For Christian Conservatives 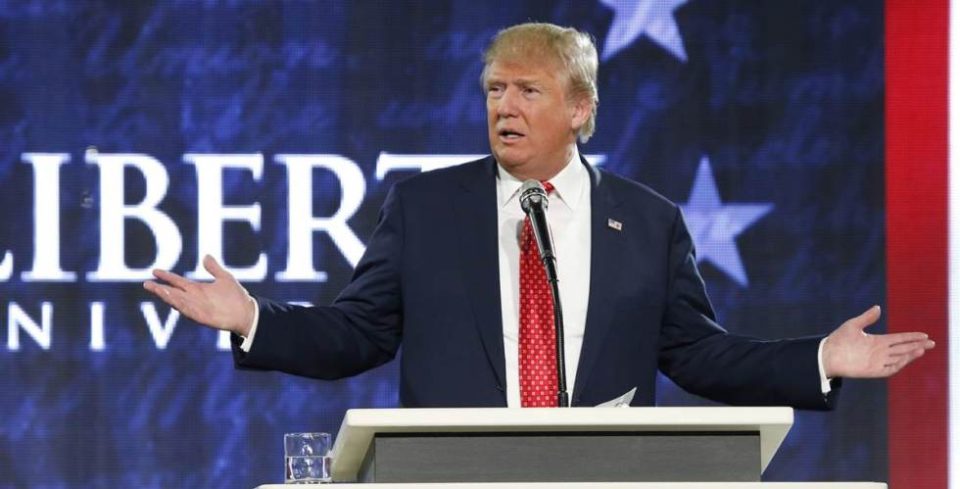 Over at , I mean, Erick Erickson’s new website, The Resurgent, Erickson expressed his concern that Falwell just hasn’t thought through how to reconcile his faith with his politics like Erickson has.

He doesn’t like that Falwell said of Trump, “Look at the fruits of his life and…people he’s provided jobs…that’s the true test of somebody’s Christianity.” After clarifying that he’s not questioning Trump’s faith Erickson adds, “What I do question is whether Jerry Falwell is so intent on finding a savior for America that he’s descended to worshiping flag waving, America Jesus and not the actual Jesus who carries a banner for truth, not for the Grand Old Party or even America.”

I don’t care for Falwell’s “true test” either. And I have a problem with “America Jesus.” But I also have a problem with the double standards Christian conservatives are applying when it comes to their religious purity tests for presidential candidates.

At every point on his tour, Cruz asked voters to pray for him and the country, using one of Ronald Reagan’s favorite Bible verses, 2 Chronicles 7:14, as inspiration.

“If my people, which are called by my name, would humble themselves and pray, and seek my faith and turn from their wicked ways, then I will hear their prayers and will forgive their sins and I will heal their land,” he said.

So Ted Cruz just equated biblical Israel with America.* Talk about a flag-waving America Jesus! When you’re working more and more in your own life to make sure you’re worshiping the actual Jesus and not a political Jesus you concern yourself with questions like, “Who is ‘my people’ in this verse?” “What is ‘their land’?” If the answer is “Americans” and “the United States” its time to put in a little more work. I hope Erickson isn’t “upping his skirt” just a bit more for Ted Cruz. If America Jesus is no good for Donald Trump, its no good for Ted Cruz either.

Russell Moore of the Ethics & Religious Liberty Commission (ERLC) continues to be highly disturbed by the candidacy of Donald Trump. Trump is twice-divorced. He “destroys families” with his casinos. Unlike Erickson who wanted to be explicitly clear that he was not questioning Trump’s faith, Moore knows that Trump is “lost.”

Portraying this lost soul as a brother in Christ is not only doing wrong to Trump himself, it preaches an anti-gospel to all who hear.

However, Mr. Moore is no stranger to lowering his theological standards when it suits him. During the 2012 presidential election, Moore explained why it was acceptable for evangelicals for vote for Mitt Romney, a Mormon. Moore said:

The question is not John 3:16 in terms of reading the regeneration of the person’s heart. The question is Romans 13: Does this person have the kind of wisdom to bear the sword on behalf of God’s authority that He has granted to the state? And can I trust that person to protect society? That’s the fundamental question.

Apparently things have changed a bit since 2012. For Romney the “fundamental question” was wisdom in bearing the sword and assurance of protection. Now regeneration of the person’s heart is back on the table and Moore knows Trump’s heart is not regenerated.

In a panel discussion, Moore went on to make other declarations that would presumably apply, not only to Mitt Romney in 2012, but also to Donald Trump in 2016:

Moore added, “We are going to have to give up — on both sides — the idea of president as religious mascot.” An Obama-Romney campaign, Moore said, is a “good thing for American evangelicals.”

“It enables us to simultaneously honor the king,” he said, alluding to 1 Peter 2:17, “and to boldly proclaim the Gospel — in a way that we see happening all through the Book of Acts. We are able to love and pray for President Obama while we disagree with him on life and religious liberty and marriage and some really important things. …

“And if a President Romney is elected, we’re the people who ought to be able to say, ‘We respect and honor this man as president. We’re able to … serve with this man as president, and we’re the people who are willing to — if we’re invited into the Oval Office — say, ‘President Romney, here’s where we agree with you; here’s what we like about what you’re doing. And we sincerely want to plead with you to believe the Gospel of Jesus Christ.”

Is the President to be a religious mascot now four years later? What has changed? If Trump is a “lost soul,” can’t Moore serve with this man as president, tell him where he agrees with him, and then sincerely plead with him to believe the Gospel of Jesus Christ?

Moore is rightfully very concerned about religious liberty. “What will matter to evangelicals [in 2016] is how the candidate, if elected president, will articulate and defend religious-liberty rights.” Trump addressed the matter with the Iowa Faith and Family Coalition: “‘I will protect [religious liberty]… because we’re not being protected.” Wow, Trump says his first priority if elected President of the United States would be to “preserve and protect our religious liberty.” First priority. Isn’t that what Russell Moore wants?

It appears that Christian conservatives want to move the goal posts depending upon which players are out on the field. Are we simply looking for character? A defender of religious liberty? A wise leader to skillfully bear the sword? What’s good for one election ought to be good for the next, or so one would think. What’s good for Mitt Romney and Ted Cruz ought to be good for Donald Trump.

If we, as evangelicals, are supposed to look for people of character, perhaps we need to hear Erickson or Moore speak to the character of the valiant leader who will carpet bomb enemies into oblivion until the sand glows, or of the intrepid executive who can eloquently describe civilians killed in the line of fire as “collateral damage.” Does that speak to a candidate’s character or is that merely worldly wisdom in bearing the sword and “protecting society”? The answer to that question, among others, would shed much light on the subject of the flag-waving America Jesus versus the actual Jesus who carries a banner for peace and truth.

*To read more on the identity of biblical “Israel” see what I have written on the subject here, here, and here.

Did you like Religious Purity Tests Not Working So Well For Christian Conservatives?
You may also like These Posts: