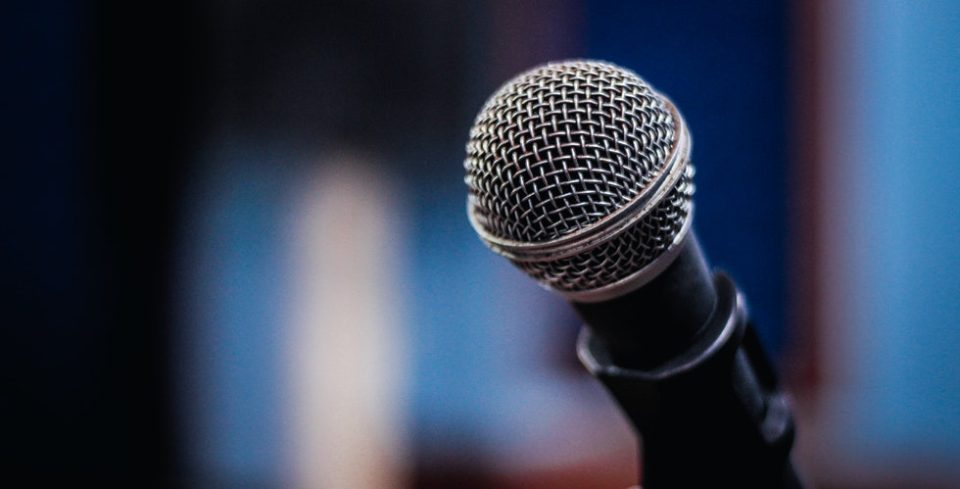 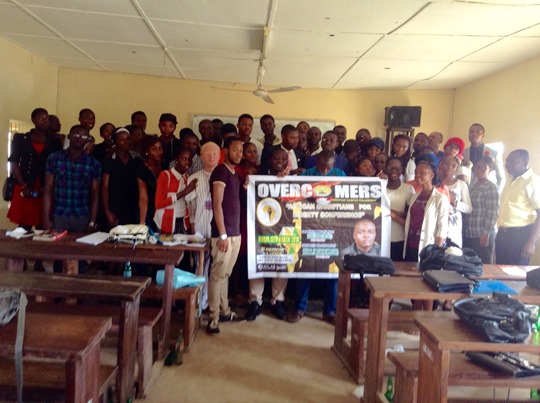 I am thrilled to present to you a report from the first-ever African Christians for Liberty Conference. Though it is not “officially” affiliated with LibertarianChristians.com and our CFL conference last August, we nevertheless are excited for what they are doing and hope to be more involved with them in the future. Their conference was organized my Emeka Ezeugo, who works with Students for Liberty as well. We met in person last month at the International SFL Conference in Washington, D.C. and discussed their progress in Africa. Emeka’s report of their event follows:

Mr. Dominic who is also the President of the Overcomers Student Fellowship and the host of the event, introduced the participants to Students For Liberty as a student-run international NGO dedicated to the promotion of individual liberty, principles of a free society, effective leadership among other things. He encouraged the students not to wait until after graduation from the university before they can be agents of change in the society, as Students For Liberty provides the necessary support and platform for those who wish to be a part of the largest student libertarian movement in the world. Using himself as an example, he narrated how he attended the first African Students For Liberty Conference held at the University of Ibadan, in July 2014. He learnt a lot from the various speakers who dwelt on topics in Economics, Law, Politics and even personal development. Mr. Dominic eventually applied to take part in the Local Coordinator training and after successful completion, became a leader with African Students For Liberty. He has continued to work with African Students For Liberty ever since, even though he presides over other youth organizations.

The next speaker was Mr. Olumayowa, who explained in great detail what Libertarianism is and also the general idea of how a free society really works. Choosing the works of selected Libertarian scholars like Ludwig von Mises, Ayn Rand and F. A Hayek who influenced his decision to join the Liberty train, Mr. Olumayowa discussed various issues that borders on the economy, the rule of law, individual liberty and even entrepreneurship. On the latter, he reiterated what Mr. Dominic told students about developing themselves now, using himself and the founding of African Students For Liberty as an example. In conclusion, he also shed more light on the work of African Students For Liberty and Students For Liberty International, explaining the opportunities that abound for students in the Libertarian movement.

Mr. Chukwuemeka, who was the convener of the conference, spoke on the similarities between Libertarianism and Christianity, and why every true Christian would choose capitalism as a political view over socialism. Speaking on the topic “Peace, Love and Liberty”, Mr. Chukwuemeka quoted the Bible scripture of Galatians 5:22 where it is written about the Fruits of the Spirit, which includes Peace and Love. He admonished students to live peacefully with one another regardless of religion, tribe or political affiliation, while respecting their choice as individuals. Using the Biblical examples of Shedrach, Meshach and Abednego, he exposed the fact that majority decision which can culminate into a Law is not always right, especially if it fails to recognize the minority. The case of Daniel in the Bible who was thrown into the lions’ den for failing to pray to only King Darius for whatever request, was a pure case of infringement on religious freedom of an individual. He went on to use various Biblical references to enlighten the participants at the conference that God has destined for man to be free, and “be free indeed”. And this includes the freedom to make personal decisions because in the end, everyone will face the judgment of God alone. As individuals. 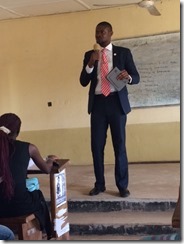 Asked by a participant whether there should be a limit to tolerance in relation to homosexuals and according to the law (homosexuals face up to 100 years in jail), the story of Mary Magdalene who was to be stoned to death for committing adultery came to bear. How Jesus Christ wisely condemned such acts of jungle justice for personal choices was used to show why people should not be persecuted for being gay, or smoking marijuana or whatever choices they make in their lives.

It was a charged environment as touchy issues in Africa were addressed, with participants asking questions and making observations bothering on politics, economics, religion, and the rule of law. Unfortunately, many students were absent because the governor of the state was to have a meeting with all the students of the University on the same day. However, those present were happy to be pioneer participants of the first African Christians For Liberty Conference, and expressed willingness to work with African Students For Liberty in advocating for a free society.