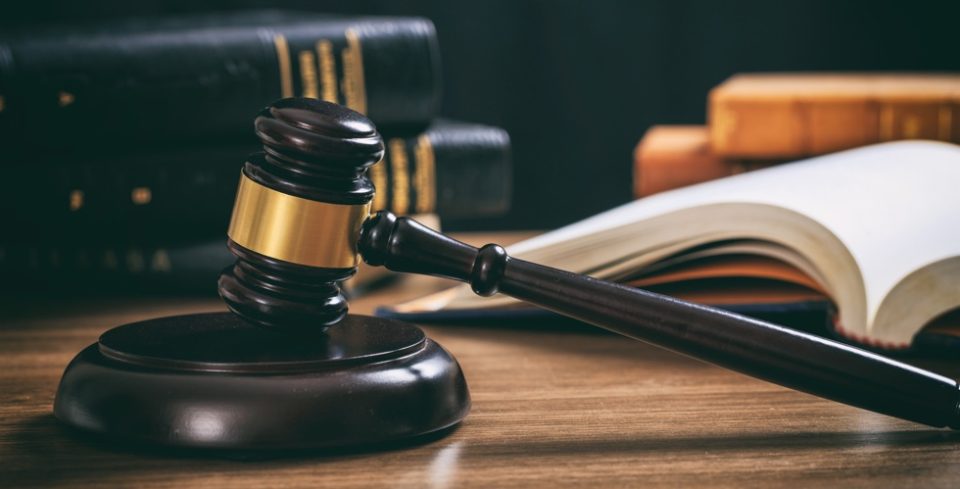 This guest post is by Ben Jones. Mr. Jones is a campaign strategist for Equal Justice USA (EJUSA) and works in support of Conservatives Concerned about the Death Penalty, a project of EJUSA. Even if you disagree with Mr. Jones, you must admit that it is worthwhile to challenge and to evaluate occasionally our deeply-held ideas. Take this opportunity to expand your mind and consider another point of view.

Especially for death penalty proponents, Romans 13:4 has come to occupy a central role in debates on capital punishment. There Paul writes: “[I]f you do what is wrong, you should be afraid for the authority does not bear the sword in vain! It is the servant of God to execute wrath on the wrongdoer.” Notably, Southern Baptists cite Romans 13:4 in their church’s official statement supporting capital punishment.

This reliance on Romans 13:4 is understandable. Death penalty proponents sometimes cite the Old Testament, but this approach leads to conclusions largely rejected today. The Old Testament calls for the death penalty for talking back to one’s parents (Leviticus 20:9) and not keeping the Sabbath (Exodus 31:14), rendering almost everyone guilty of a capital offense. Even Genesis 9:6 – “Whoever sheds the blood of a human, by a human shall that person’s blood be shed” – proves problematic for death penalty proponents, since it comes in the form of a proverb (similar to Matthew 26:52) rather than an explicit law endorsing capital punishment.[1] Moreover, on numerous occasions God spares Old Testament figures – Cain, Moses, and David – guilty of capital offenses.

Free of such baggage, Romans 13:4 seems to justify the death penalty in the context of the New Covenant. This line of argument, however, rests on a misinterpretation of the verse itself and, perhaps more troubling, a misrepresentation of the trust that Christians are to place in government.

First, there is little evidence that Paul specifically has capital punishment in mind in Romans 13:4. The word “execute” in this verse means “to carry out,” not executing an individual. Also, Paul’s mention of a sword likely references government’s power generally to use coercive force rather than its specific power to execute.

Second, it is hard to believe that Paul is asking Christians never to question government. If that were true, Paul would have meekly obeyed the authorities and not ended up in jail so much. Before Romans 13:4, Paul writes, “rulers are not a terror to good conduct, but to bad.” In light of this verse, Paul appears to say that obedience is required when government is just. Yet, as Paul knew too well, it often is not.

Other New Testament passages belie the view that Christians simply should trust governments’ power to wield the sword. Christians throughout the New Testament are victims of executions and, unsurprisingly, criticize authorities carrying them out.

The New Testament figures of John the Baptist, Jesus, Stephen, James, and Antipas all are executed. In this environment, John of Revelation denies the legitimacy of the Roman Empire, condemning it for being “drunk with the blood of the saints” (Revelation 17:6). Though John never calls for violent resistance, he stresses that believers should refuse the unjust demands of government, even if such defiance requires martyrdom (Revelation 2:10). It is the Lamb, Jesus Christ – never any earthly power – who demands our ultimate allegiance.

Those advocating a submissive approach to government often ignore Christianity’s long tradition of skepticism toward it. When we unquestioningly accept the legitimacy of government power, we risk condoning its abuses.

A willingness to tolerate government injustices has been on display in recent debates over capital punishment. The botched execution in Oklahoma last April struck the President of Southern Baptist Theological Seminary, R. Albert Mohler Jr., as the right moment to make the case for “Why Christians should support the death penalty.” Mohler’s message and Christ’s example couldn’t be more different. There is no evidence that after grisly crucifixions Jesus took to the streets to defend the practice. Scripture instead tells us that Jesus stopped the execution of a woman caught in adultery about to be stoned (John 8:1-11).

Interestingly, Mohler concedes that imperfections and injustices plague capital punishment, but holds onto the mistaken hope that a future government suddenly will fix problems that others repeatedly have failed to solve. The persistent problems with capital punishment over the centuries – racial bias, threatening innocent life, botched executions – should point to a different conclusion: the power to execute is too prone to error and abuse to ever entrust it with a fallible human government.

Instead of the futile search for a government capable of remedying the death penalty’s injustices, a more prudent path would be to take away from government this power entirely. Numerous states have abandoned capital punishment, opting for the alternative of incarceration, and this step has not hindered them in ensuring public safety. In fact, states without the death penalty have lower murder rates on average than states with it.

Fortunately, more Christian leaders are questioning the death penalty and calling for its repeal. It is important that we as Christians work to end this abuse of government power rather than have to apologize later for tolerating it.

[1] For more on Genesis 9:6, see Michael L. Westmoreland’s and Glen H. Stassen’s article, “Biblical Perspectives on the Death Penalty,” in Religion and the Death Penalty: A Call for Reckoning, ed. Erik C. Owens, John D. Carlson, and Eric P. Elshtain (Grand Rapids: Eerdmans, 2004), pp. 126-28. This article identifies some key points to keep in mind when reading Genesis 9:6: (1) the verse takes a form common to Hebrew wisdom literature; (2) the verse makes no distinctions between different types of bloodshed – e.g., premeditated murder, manslaughter, killing in self-defense; and (3) the verse gives no obvious guidance that the state should put killers to death, given that in the context of this verse the state is not in existence yet.”