Where is the Religious Right Wrong? 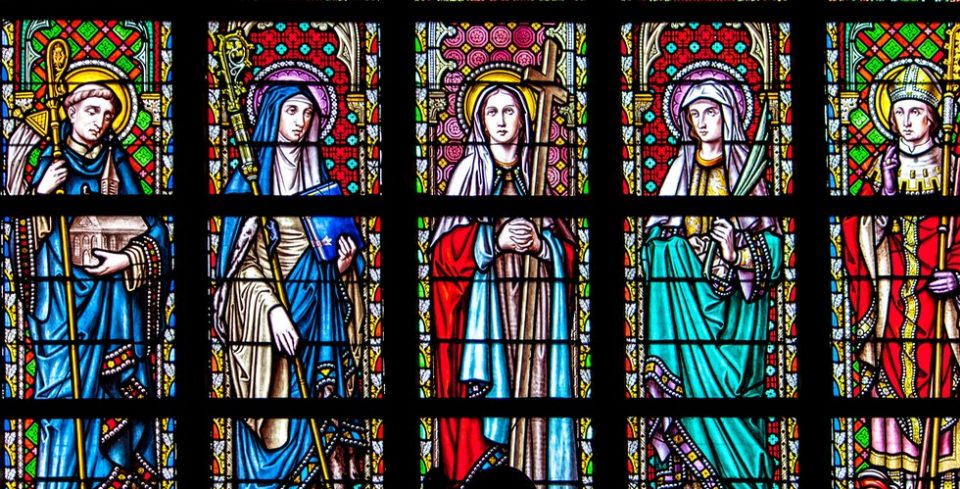 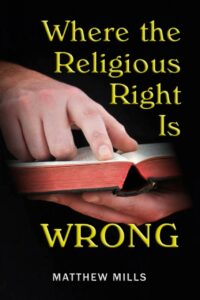 This review was written by Jessica Hooker, my colleague and fellow admin of the Christian Libertarian Facebook Group.

When I first heard of Matthew Mills’s Where the Religious Right is Wrong, the title alone was enough to make me sympathetic to the author’s case. Popularized in the 1970s, the Religious Right has become more or less synonymous with American evangelical Christianity, conservatism, and the Republican Party, with arguably disastrous results.

Matthew Mills states his purpose early in the first chapter: “I’m going to attempt to show what God, through His Word, specifically thinks about a lot of what’s going on in modern American politics. If you disagree with my position on an issue from a Biblical standpoint, I challenge you to come up with firm, Scripture-based reasons for doing so.”

I found this approach refreshing, as so many Christians today want to begin with what they think and then try to fit the Bible into their predetermined paradigm.

After sharing his own story of moving away from the Religious Right, Mills covers six main topics. He begins by laying a foundation of man’s total depravity, concluding that we shouldn’t be surprised when rulers and government officials seem to be more bad than good. Indeed, we should expect it. Government leaders aren’t immune from the effects of total depravity, and not only does absolute power corrupt absolutely, as Lord Acton astutely observed, but those with a predisposition to abuse power tend to rise to positions where they hold a great deal of it.

From there he segues into a discussion of what he calls “the rich and the powerful”, endeavoring to document “revolving door between politics and corporations”: those individuals who flip-flop between the political realm and the corporate realm with great alacrity, getting special favors and handouts for their companies at the expense of other companies in the same field. He also goes on at length about those persons behind the scenes who influence policy-making decisions and all seem to be connected to each other in one way or another. This transitions into a discussion of money and banking, where Mills first addresses the biblical concept of usury before moving on to the issue of the Federal Reserve System.

The next two chapters — on Israel and war and foreign policy — go well together. “There is possibly no other area where the majority of Rightists and I disagree more than on the topic of Israel,” says Mills.

Most of those on the Religious Right — indeed, most of those in the United States government today — believe that the state of Israel can do no wrong, and that it deserves the U.S.’s unflagging support. But the question begs to be asked: why?

Mills traces this back to the rise of dispensational eschatology in the early 1900s: a viewpoint which holds that the state of Israel is special in the eyes of God and must be established as a political state before the beginning of the end of the world can commence. Without going into great detail, this dispensational view has gained much support in recent years, popularized by the likes of Tim LaHaye and Jerry Jenkins in their best-selling “Left Behind” series and preached from the pulpit at great length by mega-church pastor John Hagee and others.

Though most in Washington today would not recognize it, this interpretation of Scripture has seeped into the nation’s policy-making chambers, to the point that much of U.S. foreign policy is now determined by how Israel is impacted. And the results have been disastrous. For generations, the U.S. government poked its nose into what amounts to a cultural conflict between the Israelis and the Palestinians, supporting Israel at all costs, guided unknowingly by an interpretation of Scripture that, if true, will precipitate incredible bloodshed and destruction in the Middle East before the future return of Christ.

“For a group of people devoted to a staunch ‘pro-life’ position, it’s disappointing that so many Rightists have embraced a neoconservative, ‘hawkish’ position on foreign policy,” Mills writes as he moves into a lengthy section on war and U.S. foreign policy. After examining what the Bible has to say about war, he moves to the foreign policy of America’s Founding Fathers — which was easily summed by Thomas Jefferson: “Peace, commerce, and honest friendship with all nations — entangling alliances with none” — and finally to the various costs of war, the military-industrial complex, war propaganda, and the consequences of a warmongering foreign policy.

Mills concludes with a chapter on patriotism and the United States. “Because we can point to a Christian heritage dating back to the days of the Pilgrims, it can be easy to adopt a belief that patriotism is almost a form of Godliness,” he says. He goes on to caution Christians against idolizing the Founding Fathers, exalting the status of the United States to almost the same level of praise that God deserves.

Where the Religious Right Is Wrong is an admirable first book by Matthew Mills. That he poured his heart into the work is clear, and it has great potential. It does seem, however, that his main purpose of showing the error of the Religious Right sometimes was buried in discussions about topics that, while somewhat related, were not effectively brought back to the main thesis. I felt by the time I finished the book as though I had read the author’s thoughts on a variety of political and theological subjects, but was not completely sure how all the pieces fit together.

For someone who identifies with the Religious Right, this book will definitely challenge their presuppositions and could open up the door for great discussion. I look forward to reading Mills’s future books and watching him grow as an author.

As he concludes the book, “Knowing that the Bible tells us that wickedness and injustice will always plague human governments, we ought to invest more of our time in an eternal government run by a perfect Ruler. Even if I’ve been wrong about everything I’ve written about politics thus far, I’m certain that storing up our treasures in heaven is a better investment than storing up treasures in American politics.”

You can purchase Where the Religious Right is Wrong by Matthew Mills at Amazon.com, and support LCC while you shop!

Read More »
PrevPrevInvading Iraq was wrong, and it’s wrong to do it again
NextFree book on Catholic Social Teaching and the Market EconomyNext