Compulsory Charity is not Charitable At All 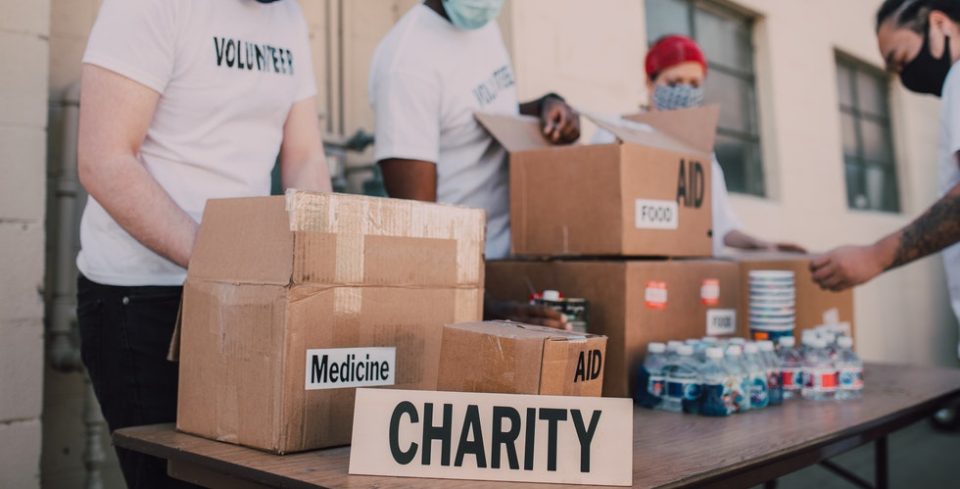 Acts 20:35 is among the several Bible passages commonly recognized by Christians and non-Christians alike.  Speaking in Ephesus the Apostle Paul argues, “It is more blessed to give than to receive.”   Paul asserts that this is a teaching of Christ, and there can be little doubt that Paul’s claim is valid.  When we are charitable we reflect the image of God, the greatest of all benefactors.  While preaching the Sermon on the Mount Jesus urges listeners to “ask, seek, and knock, and it will be given” – God’s generosity is limitless.  Seeking to emulate God, when we are benevolent we are also most blessed.

Benevolence is often cited as a mandate for state enforced wealth transfer; we are, under law, obligated to help those who are “less fortunate.”  Some Christians accept this line of reasoning and, as a matter of course, support many types of entitlement programs.  Others sense that compulsory wealth transfer is wrong but are hesitant – especially as Christians – to question this form of “charity” for fear of appearing hypocritical.

Scripture, however, does not describe charity as a compulsory act of the state; charity is the function of the individual benefactor.  Consider, among many possible examples, Deuteronomy 15:4, “There will be no poor among you; for the Lord will bless you in the land that the Lord your God is giving you for an inheritance to possess.”  This does not suggest that every Israelite would be individually successful, but that the abundance of the land would permit individual charity.  Only a few verses later we read, “If among you, one of your neighbors should become poor… you shall not harden your heart or shut your hand against your poor brother, but you shall open your hand to him and lend him sufficient for his need, whatever it may be” (Deuteronomy 15:7-8).  These passages use personal pronouns – one of your neighbors, you will not harden your heart, you will open your hand to him – to suggest the personal nature of charity.

Even the collective charity demonstrated in Acts 4:32-37 was concurrently individual in nature.  We read that “no one said that any of the things that belonged to him was his own, but they had everything in common” (v. 32).  We might recall, however, that these early Christians were members of a voluntary association and that they were moved to give through grace (v. 33) not compulsion.  The sin of Ananias and Sapphira as described in Acts 5 lay not in their refusal to sell their property for common consumption but in pretending as though they had given the full proceeds of the sale to the apostles.

Feigned charity is sinful; charity at no cost to the individual is not pleasing to God.  Consider Nathan’s response to David’s acts of murder and infidelity.  Nathan spoke a parable concerning a wealthy man who took a poor man’s lamb and prepared it for his guest as if it were his own.  David was indignant, “As the Lord lives, the man who has done this deserves to die, and he shall restore the lamb fourfold, because he has done this thing, and because he had no pity” (2 Samuel 12:6).  One cannot force another man’s charity.

There will be no poor among us today when we have become personally aware of another person’s need and have chosen to address it.  Forcibly taking that which does not belong to us – regardless of how we choose to label the program – and presenting it to a third party is simply theft.  More, such transactions destroy the relationship between benefactor and beneficiary.  We are urged not to develop a hard heart toward the impoverished; when we give out of choice we do so out of grace for our neighbor.  When we are coerced to assist, we detest the recipients because we have been victimized by thievery.  Is it not intriguing that many Americans simultaneously claim support for public wealth transfer while attempting to reduce their tax liability?

Likewise, the beneficiary of public support loses the proper relationship with his or her benefactor.  Regarding the assistance people might expect from strangers as they traveled we read, “If you go into your neighbor’s vineyard you may eat your fill of grapes, as many as you wish, but you shall not put any in your bag.  If you go into your neighbor’s standing grain, you may pluck the ears with your hand, but you will not put a sickle to your neighbor’s standing grain” (Deuteronomy 23:24-25).  There is a standard for charitable giving and for charitable taking.  A traveler (dependent in ancient times on charity) could not take so much produce that the owner would suffer losses that might endanger his subsistence.  A traveler could fill his stomach or hand, but no more – he recognized the personal nature of the charity he was receiving and was respectful of it.  The beneficiary was, therefore, in the unique position of being generous to his benefactor.  Additionally, if the beneficiary took too much produce, the benefactor would be unable to provide future assistance.  Benefactor and beneficiary experienced a relationship of caring and respect.

To summarize, coerced wealth transfer removes the care a recipient would normally have for his benefactor.  More, coerced wealth transfer encourages recipients to maximize their benefits as the benefactor must surrender his possessions out of compulsion rather than grace.  Additionally, recipients are led to believe that their benefactor’s resources will never be exhausted.  If resources are inexhaustible, the recipient has little incentive to change their behavior – this implies that the poor will always be among us.  Perpetuating poverty is not charity, dependence is not compassion.

Giving is pleasing to God and Christians should be eager to help others.  We can choose to assist both the poor and anyone experiencing need.  We might also consider the biblical relationship that should exist between benefactor and beneficiary and how each is intended to profit from charity.  It is not hypocritical to reject compulsory “giving” because obligatory charity through theft is itself hypocritical.  Instead, Christians might choose to practice personal kindness and discover the satisfaction that comes with giving out of a generous heart.  It is more blessed to choose to give than to be forced to hand over.  It is more blessed to receive out of grace from a friend than to swipe from a stranger.