Workplace Discrimination and a Free Society 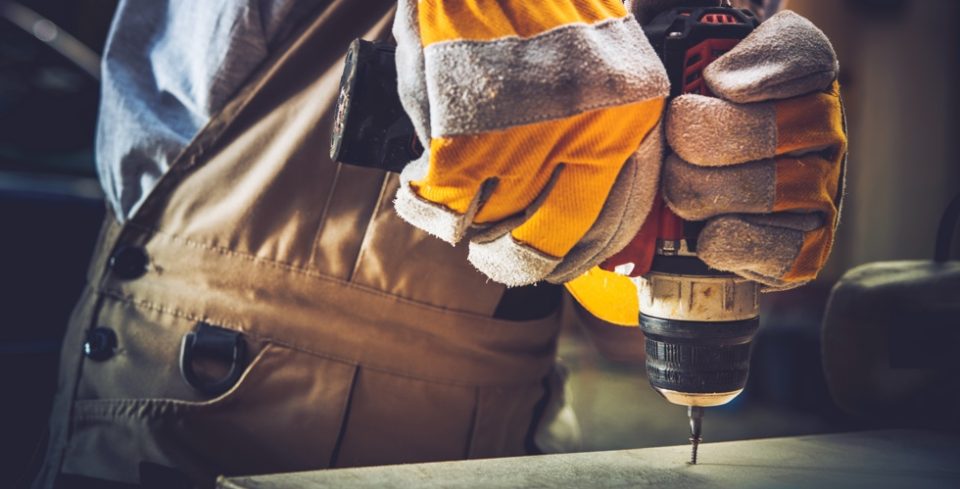 Lately, it seems as though everyone thinks he is being discriminated against in the workplace.

According to a national survey of employed American adults who were asked about their experiences with religious discrimination at work, “What American Workers Really Think about Religion: Tanenbaum’s 2013 Survey of American Workers and Religion,”

The survey was conducted by the Tanenbaum Center for Interreligious Understanding and the Public Religion Research Institute.

But it’s not just religious discrimination that people say is taking place in the workplace. The latest form of alleged discrimination is discrimination on the basis of sexual orientation or gender identity. In fact, the U.S. Senate has just passed a bill to address that very thing.

The Employment Non-Discrimination Act of 2013 (S.815), a bill “to prohibit employment discrimination on the basis of sexual orientation or gender identity,” recently passed the Senate by a vote of 64-32. Ten Republicans voted for the bill. Three Republicans and one Democrat did not vote. The bill is not expected to pass the Republican-controlled House of Representatives.

(1) to fail or refuse to hire or to discharge any individual, or otherwise discriminate against any individual with respect to the compensation, terms, conditions, or privileges of employment of the individual, because of such individual’s actual or perceived sexual orientation or gender identity; or

(2) to limit, segregate, or classify the employees or applicants for employment of the employer in any way that would deprive or tend to deprive any individual of employment or otherwise adversely affect the status of the individual as an employee, because of such individual’s actual or perceived sexual orientation or gender identity.

But of course, even though the Civil Rights Act of 1964 said basically the same thing, it led both to Affirmative Action policies and to quota systems so that employers could demonstrate to the government that they were not practicing discrimination.

ENDA also contains a religious exemption: “This Act shall not apply to a corporation, association, educational institution or institution of learning, or society that is exempt from the religious discrimination provisions of title VII of the Civil Rights Act of 1964.”

The origins of ENDA can be traced back to the Equality Act of 1974, which sought to ban discrimination against gays and lesbians. It died in committee in the House and was never introduced in the Senate.

ENDA itself was actually first introduced in Congress in 1994 by Rep. Gerry Studds (1937–2006) of Massachusetts, the first openly gay member of Congress. It would have made it illegal for employers to discriminate on the basis of a person’s actual or perceived sexual orientation. House and Senate versions died in committee. A version of ENDA has been introduced in almost every session of Congress since then. Discrimination based on gender identity was added in 2007.

It is no surprise that Lesbian, Gay, Bisexual, and Transgender (LGBT) groups are hailing the Senate’s passage of ENDA. And according to a “Monthly Religion News Survey” by the Public Religion Research Institute, “Roughly three-quarters (73%) of Americans favor laws that would protect gay and lesbian people from employment discrimination.”

Former Minnesota Republican senator Norm Coleman, now a lobbyist in support of ENDA, argues that his counterparts in the House should “unite” on the bill. Says Coleman, “We are the party of Lincoln. Our roots are in anti-discrimination.” This is an “economic issue.” “This is a right for someone to get a job, and to get a job based on their ability to do the job.”

Coleman faces an uphill battle in the House. A spokesman for House Speaker John Boehner said that “the Speaker believes this legislation will increase frivolous litigation and cost American jobs, especially small-business jobs.” A spokesman for Majority Leader Eric Cantor “confirmed that the House has no plans to take up ENDA.” The conservative Heritage Foundation is opposed to ENDA because “the legislation would severely undermine civil liberties, increase government interference in the labor market, and trample on religious liberty.”

Like Democrats and liberals, they would reason that everyone should be entitled to a job he is qualified for and able to perform regardless of his physical, national, cultural, or religious characteristics. No attempt was made during the Bush years, when conservative Republicans controlled both Houses of Congress, to abolish the Equal Employment Opportunity Commission (EEOC) or repeal any so-called civil rights laws.

Although Republican and conservative opposition to ENDA is often couched in economic terms, it is no secret that much of their opposition is politically motivated. The Tea Party and conservative elements in the Republican base view any anti-discrimination laws that relate to sexual orientation or gender identity as accommodating the LGBT lobby.

Those who object to a company’s hiring, promotion, pay, or benefit practices can seek employment elsewhere, protest the company’s policies, boycott the company, and try to persuade others to do likewise.

And of course, any business that practiced discrimination would have to pay a price in whatever negative consequences might come as a result of it: bad publicity, smaller labor pool, loss of market share, low employee morale, a decline in profits, et cetera.

None of that means that libertarians think discrimination is always a good thing. Indeed, they may deplore workplace discrimination as much as any liberal, conservative, progressive, or moderate and yet still vehemently oppose discrimination laws.

Originally published at The Future of Freedom Foundation on December 16, 2013.