All Taxation is Theft 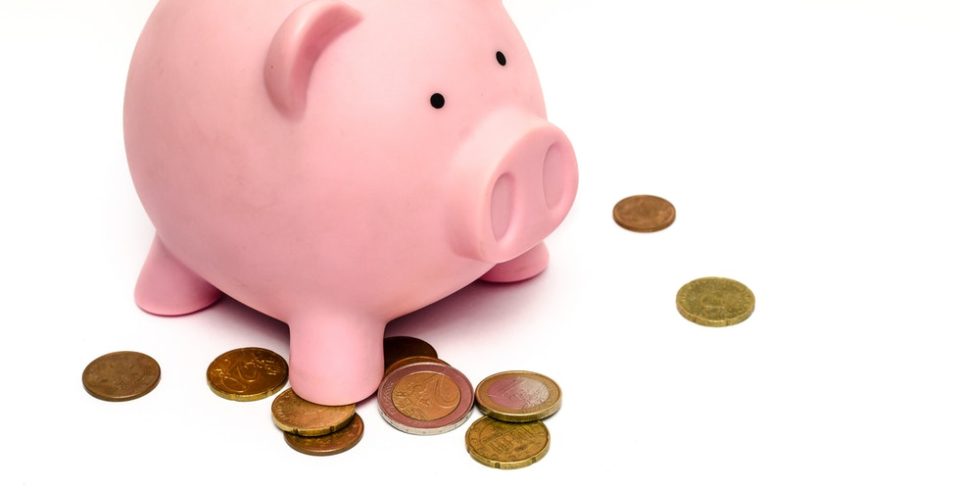 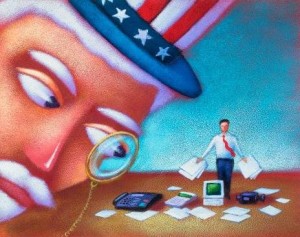 The eyes not just of Europe but of the world were on Cyprus recently when, as part of a proposed bailout package, ordinary bank depositors were to be taxed to pay part of the €5.8 billion needed to secure a €10 billion bailout from the European Union and International Monetary Fund.

That, of course, would have set a terrible precedent and given the insatiably cash-hungry governments of every country another idea of how to extract more money out of its citizens.

In the 1990s, Italy did impose a tax on all bank accounts to keep its lira afloat, but the rate was only 0.06 percent. In Iceland in 2008, the government reneged on deposit insurance for Internet-based accounts held by British and Dutch clients. Those two governments spent $5 billion helping their citizens who were affected and then sued, unsuccessfully, in a European court to get their money back from Iceland, which has nevertheless begun to repay some of the money. But all that pales in comparison with the situation in Cyprus.

At issue in the Cypriot parliament was a bill to assess a one-time tax of 6.75 percent on deposits in Cyprus banks (excluding money in Greek branches) of less than €100,000 (about $130,000) and a 9.9 percent tax on bank accounts with more than €100,000. That, in spite of the fact that bank deposits in Cyprus (and in most other European countries) are supposed to be guaranteed up to €100,000.

The bill was later revised to exempt bank savings less than €20,000 from the tax. The managing director of the International Monetary Fund, Christine Lagarde, said she was in favor of modifying the agreement to lower the burden on ordinary depositors. “We are extremely supportive of the Cypriot intentions to introduce more progressive rates,” she said. However, even the progressive revision to the bill was not enough to garner it a single vote.

With hundreds of demonstrators outside of the parliament chanting anti-government slogans, 36 lawmakers inside voted against the measure, with 19 abstentions and 1 absence. Protesters cheered and sang the national anthem when they heard the bill to tax their savings had failed to pass.

Newly elected President Nicos Anastasiades of Cyprus had earlier told reporters he expected parliament to reject the tax on bank deposits “because they feel and they think that it is unjust and it’s against the interests of Cyprus at large.”

Many in the United States expressed understandable outrage at the attempt of the Cypriot government to tax savings deposits.

Sheila Bair, the former chairman of the Federal Deposit Insurance Corporation (FDIC), in an interview with Marketplace Money, said the plan was “a very, very bad decision” that was “absolutely destabilizing” and she just “could not say enough bad things about it.” Bair used the opportunity to praise the FDIC and maintained that what happened in Cyprus would never happen in the United States: “It’s a classic case of hurting the little guy to bail out the big guy. This would never happen in the U.S. because we respect the rule of law and we have a very strong agency called the Federal Deposit Insurance Corporation that stands up for insured depositors and protects them.”

John Hayward, one of the “powerful conservative voices” at Human Events, called the proposed Cyprus bank tax “the greatest bank robbery in history.” But unlike the optimistic former head of the FDIC, he wrote on the eve of the Cypriot parliament vote that if the bank-deposit tax went through, bank depositors everywhere — including the United States — would “have reason to fear” their accounts were not safe.

The government of Cyprus did go on to impose capital controls and freeze bank deposits of more than €100,000. These uninsured deposits will be given a “haircut” up to 40 percent. Jeroen Dijsselbloem, the Dutch chairman of the Eurozone, has said that the heavy losses inflicted on depositors in Cyprus would be the template for future banking crises across Europe; that is, savers will be raided to save the euro and prop up failing banks.

But regardless of what happened in Cyprus, the money that Americans have in their bank accounts is safe for now from the clutches of the U.S. government because of the FDIC — or is it?

Some of the money in American bank accounts is indeed going to be taken by the government — just not directly. In fact, it has been going on for years. According to the IRS,

Most interest that you either receive or is credited to your account and that can be withdrawn without penalty is taxable income. Examples of taxable interest are interest on bank accounts, money market accounts, certificates of deposit, and deposited insurance dividends.

Americans are certainly justified in denouncing any government’s attempt to tax the savings of its citizens, but why is it that we hear so few denunciations in this country of the U.S. government’s taxing the interest earned on savings?

Congress can tax the bank accounts of Americans in any amount. That is because the first statement in the Constitution under the powers of Congress in Article I, Section 8, reads,

And as Chief Justice John Marshall wrote in McCulloch v. Maryland (1819), “The power to tax involves the power to destroy.” Congress can destroy the savings of Americans with a tax any time it wants and not be in violation of the Constitution.

But that’s not all; there are also the federal taxes on gasoline, airline tickets, alcoholic beverages, tobacco products, and firearms; the estate tax; the gift tax; Social Security and Medicare taxes; and, of course, the dreaded income tax.

Republicans never fail to pat themselves on the back for the so-called Bush tax cuts that set up the six income-tax brackets of 10, 15, 25, 28, 33, and 35 percent that were in existence from the Bush years until the addition of the 39.6 rate on income greater than $400,000 ($450,000 for married filing jointly) that was instituted in the “American Tax Relief Act of 2012” passed by the lame-duck Congress to avert the “fiscal cliff.” How generous of the Republicans to stipulate that successful Americans should have to turn over only 35 percent of their income to the government!

And it’s not just taxes imposed by the federal government. There is a sales tax in 45 states and an income tax in 41 states. The District of Columbia has both; Alaska and New Hampshire have neither. Many cities and counties have additional taxes on top of those as well.

Every year the Tax Foundation calculates Tax Freedom Day. That is the day “when the nation as a whole has earned enough money to pay off its total tax bill for the year.” It is computed by dividing total tax collections by the nation’s income. The resulting number is then converted into days of a calendar year. Tax Freedom Day for 2013 is April 18.

Where is the outrage over all of the taxes that Americans are currently obligated to pay? All taxation is theft. It matters little whether the government confiscates a portion of bank deposits or income. All taxation is theft, and theft on a grand scale, as the late Austrian economist Murray Rothbard explained,

All other persons and groups in society (except for acknowledged and sporadic criminals such as thieves and bank robbers) obtain their income voluntarily: either by selling goods and services to the consuming public, or by voluntary gift (e.g., membership in a club or association, bequest, or inheritance). Only the State obtains its revenue by coercion, by threatening dire penalties should the income not be forthcoming. That coercion is known as “taxation,” although in less regularized epochs it was often known as “tribute.” Taxation is theft, purely and simply, even though it is theft on a grand and colossal scale which no acknowledged criminals could hope to match. It is a compulsory seizure of the property of the State’s inhabitants, or subjects.

It would be an instructive exercise for the skeptical reader to try to frame a definition of taxation which does not also include theft. Like the robber, the State demands money at the equivalent of gunpoint; if the taxpayer refuses to pay his assets are seized by force, and if he should resist such depredation, he will be arrested or shot if he should continue to resist.

Acquiring someone’s property by force is wrong, whether done by individuals or governments.

Originally posted at the Future of Freedom Foundation on April 3, 2013.