Liberals, Conservatives, and the Welfare State 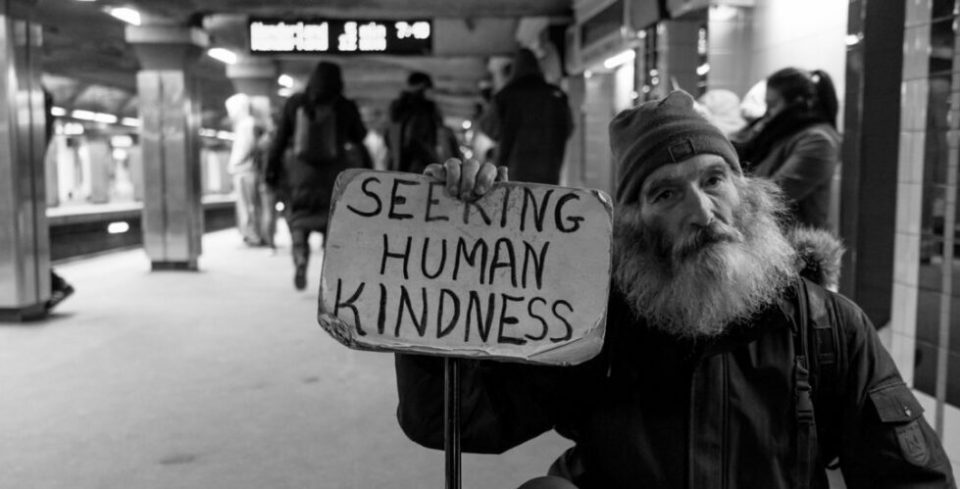 Ronald Sider is a liberal. Paul Ryan is a conservative. But don’t let the labels fool you; they are more alike than you think.

Sider is the founder of Evangelicals for Social Action, a think tank that promotes “peace with justice for the oppressed and marginalized throughout the world” by combining “biblical scholarship with astute policy analysis to further economic wholeness, support multilateral rather than unilateral U.S. foreign policy, promote racial and ecological justice, and generally try to make the world a better place.” Sider, who is the professor of Theology, Holistic Ministry and Public Policy at Palmer Theological Seminary, the seminary of Eastern University in Pennsylvania, is the author of more than 20 books, including Rich Christians in an Age of Hunger (InterVarsity Press, 1977), named as one of the 100 most influential books in religion in the 20th century.

Ryan is a Republican member of the U.S. House of Representatives from Wisconsin. First elected to Congress in 1998, he is now the chairman of the House Budget Committee. He was also the 2012 Republican Party nominee for vice president. According to the Washington Post, Ryan voted with the majority of his party 93 percent of the time in the 112th Congress. The American Conservative Union gives him a conservative rating of 84 percent for 2012 (the GOP average was 83.94%), and gives him a lifetime rating of 91.14 percent.

Social Security provides government benefits for retirement, disability, survivorship, and death. Medicare is government-funded health care for Americans 65 years old and older and for those who are permanently disabled. Medicaid is government-funded health care for the poor. CHIP gives states federal matching funds for health insurance for families with children that are not poor enough to qualify for Medicaid. Income security programs are government welfare programs, such as Temporary Assistance to Needy Families (TANF), Supplemental Security Income (SSI), and the refundable Earned Income Tax Credit (EITC). SNAP is what used to be called food stamps. The unemployment-insurance program pays benefits through the states to those who are unemployed. Housing assistance is mainly in the form of Section 8 rental subsidies for the poor.

According to the Heritage Foundation’s latest edition of “Federal Spending by the Numbers,” total budget authority in fiscal year 2012 for America’s entitlement programs was $2.032 trillion. The breakdown is as follows:

Here are some of the Heritage report’s sobering statistics:

The bottom line is that the federal government takes more than $2 trillion a year from some Americans and gives it to other Americans.

So what do Sider and Ryan think about that? They fully support it, as can be seen by some of their recent media attention.

Sider recently publicly resigned from the America Association of Retired People (AARP), the 38-million-member organization that is one of the most influential lobbies in Washington, D.C. Although the AARP has “done many good things for older Americans,” he resigned until the group changes because it is “selfish and guilty of intergenerational injustice,” and hopes that “every senior who cares about intergenerational justice will do the same.”

Sider points out that because the United States has “a large, unsustainable federal budget deficit,” to continue current patterns means that “by 2025 all federal income will be needed simply to pay for Social Security, Medicare, Medicaid (health care for poor Americans), and interests [sic] on the national debt!” He quotes Fareed Zakaria saying that the federal government “spends about $4 on every senior over 65 and only $1 on every child under 18.” The AARP “is a selfish lobby demanding things for seniors even though modest sacrifices would help us reduce the deficit and enable us to spend more on crucial things like better education for our children.” Sider says that selfish seniors are in effect saying, “I’ll keep everything I have. Let the children suffer. Let my grandchildren pay my bills.” He calls this selfishness “intergenerational injustice.” He calls on seniors “to make some sacrifices for our children and grandchildren.”

But in spite of what he says about Social Security and Medicare, Sider is not some libertarian who wants to end the programs for being an intergenerational wealth-redistribution scheme. Far from it:

That is not to say we should abolish or privatize Social Security (pensions for seniors) or Medicare (health care for seniors). Both are highly effective government programs. Without Social Security, about one-half of all seniors today would fall below the poverty line. Because of Social Security, less than 10 percent of seniors are poor. Before Medicare began in 1965, more than half of all seniors lacked health insurance. Today, almost all enjoy this security. Those are wonderful results from highly successful programs.

Sider faults the AARP for using “its huge lobbying muscle to oppose reasonable changes in Social Security and Medicare.” His “reasonable changes” that the AARP opposes include both “increases in the modest payments seniors make for their Medicare even for seniors with annual incomes over $85,000” and “modest cuts in Social Security payments even for seniors with large additional income.” Sider favors a two-pronged approach: “We need both tax increases and cuts in expenditures.” Yet, he cautions, “We should not balance the budget by cutting effective programs for poor Americans.” He believes that “Social Security payments for lower income Americans should be increased.” He wants seniors with a total income of more than $100,000 to pay income tax on the totality of their Social Security income.

In a recent interview with David Gregory on Meet the Press, Ryan emphasized that government spending was the problem. He described his goal as getting “cuts and reforms that put us on a path to balancing the budget within a decade.” Gregory showed videotape of Ryan from last year saying, “Right now, according to the tax foundation, between 60 and 70 percent of Americans get more benefits from the federal government than they pay back in taxes. So we’re getting toward a society where we have a net majority of takers versus makers.” Gregory followed this with video from Barack Obama’s inaugural address that seemed to refer to Ryan: “The commitments we make to each other through Medicare and Medicaid and Social Security, these things do not sap our initiative; they strengthen us. They do not make us a nation of takers; they free us to take the risks that make this country great.”

But again, in spite of Ryan’s claims to be influenced by Ayn Rand, he should not be mistaken for some libertarian who wants to end federal programs that make people takers. When asked how he would respond to the president, Ryan mentioned the importance of “a safety net that makes sure that people don’t fall through the cracks, that gets people on their feet.” He then remarked on Social Security, Medicare, and a safety net:

No one is suggesting that Medicare and Social Security makes you a taker. These are people like my mom who worked hard, paid her taxes, and now is collecting a benefit that she paid for. No one is suggesting people like my mom is a taker…. We want to have a safety net. A safety net that’s there for the vulnerable, for the poor, for people who cannot help themselves. But we don’t want to have a culture in this country that encourages more dependency, that saps and drains people of their ability to make the most of their lives.

But when Gregory pointed out that Ryan received Social Security benefits after his father died and pressed him on which part of the safety-net culture was sapping America’s opportunity right now, Ryan changed the subject to food stamps and made this incredible statement: “If our reforms on food stamps went through, they would have grown by 260 percent over the last decade instead of 270 percent.”

Conservatives have a tremendous blind spot when it comes to Social Security and Medicare. Although those programs are both welfare and socialist, conservatives never include them when railing against welfare or the latest socialist proposal offered by liberals. And when it comes to “real” welfare programs such as food stamps, conservatives show their utter lack of any adherence to the Constitution they claim to follow, manifest a complete rejection of the principles of limited government and federalism they claim to hold dear, and demonstrate the profound ignorance they have of the legitimate purpose and proper role of government. Here is an admission by a conservative and one of the most influential Republican members of Congress that the reforms he supported would have increased spending on food stamps by only 260 percent.

The only disagreements that liberals and conservatives ever have over the welfare state are over questions such as the size and thickness of the social safety net, the extent of socialism they are willing to tolerate, or how many billions of dollars should be spent on entitlements over the next ten years. The legitimacy of welfare and a safety net is not even an issue.

And yet, because conservatives sometimes use libertarian rhetoric, the myth persists that they are somehow different from liberals when it comes to the welfare state and just about everything else related to the legitimacy of government programs and the proper role of government. Nothing could be further from the truth.

Originally posted at the Future of Freedom Foundation on March 19, 2013.