My View of Politics 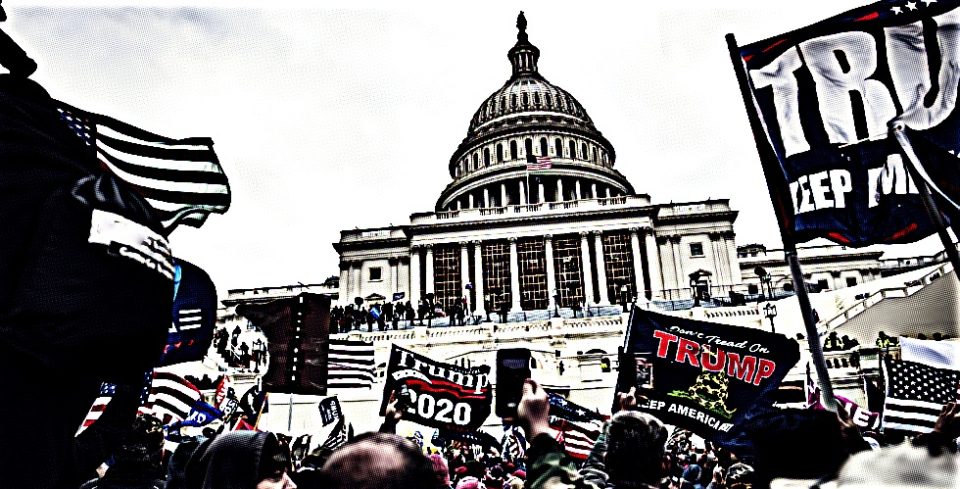 Please remove me from your mailing list, “I’m just totally uninterested in your view of politics,” wrote a former student and friend.

I have been described (and dismissed) by some of my former friends as anti-war, libertarian, isolationist, or anti-government, not so much because they think that one word encapsulates my political philosophy, but because they are ignorant of U.S. history, the U.S. military, the U.S. government, U.S. foreign policy, and their own Bible that they profess to believe.

Although I am a student of, and a commentator on, politics, I am not political in any way. I don’t vote. I don’t donate to political campaigns. I don’t endorse candidates. I don’t campaign for anyone. I don’t frequent political events. I don’t watch political debates. I loathe politicians, and especially members of Congress, of whom Mark Twain said: “There is no distinctly native American criminal class except Congress.”

I have assembled this brief explanation of my “view of politics.” I am using the word politics in its broadest sense, as is common. Some of my views are best explained by quotes from others that I like. Not in any particular order, here are twelve propositions that make up my “view of politics.”

On the state, I believe with Lew Rockwell that the state is “a gang with a flag.” I believe with Murray Rothbard that the state is “a bandit gang writ large.” It is “a vast criminal organization far more formidable and successful than any ‘private’ Mafia in history.” I agree with H. L. Mencken that “every decent man is ashamed of the government he lives under” and that “all government is, in its essence, organized exploitation, and in virtually all of its existing forms it is the implacable enemy of every industrious and well-disposed man.” I also agree with Voltaire that “the art of government is to make two-thirds of a nation pay all it possibly can pay for the benefit of the other third.”

On economics, I believe that laissez faire is natural, moral, and biblical. I oppose all government regulations and any government intervention in the economy for any reason. I also subscribe to Richman’s law: “No matter how much the government controls the economic system, any problem will be blamed on whatever small zone of freedom that remains.”

On taxes, I believe that taxation is theft. I believe with Frank Chodorov that the income tax is the root of all evil. But as long as we have taxes, I believe with J. B. Say that the “best” tax is the lightest. I therefore subscribe to the Rockwell rule when it comes to any tax reform proposal: “Does it reduce or eliminate an existing tax?” And I believe that tax breaks, tax shelters, tax incentives, tax deductions, tax loopholes, tax exemptions, and tax credits are always good because they allow people to keep more of their money in their pocket and out of the hands of the government.

On the Democratic Party, I believe with Strom Thurmond, who left the Democratic Party in 1964 because it was “leading the evolution of our nation to a socialistic dictatorship.” The Democratic Party is the party of liberalism, socialism, feminism, collectivism, abortion, organized labor, big government, environmentalism, affirmative action, welfare, paternalism, taxing and spending, income redistribution, and every alternative lifestyle known to man. That is, the Democratic Party stands for everything I oppose. I think the last good Democratic president was Grover Cleveland.

On voting, I believe with whomever said that it “just encourages the bastards.” I agree with Noam Chomsky that “if voting could actually change anything, it would be illegal,” with Mark Twain that “if voting made a difference, they wouldn’t let us do it,” and with Charles Bukowski that “the difference between a democracy and a dictatorship is that in a democracy you vote first and take orders later; in a dictatorship you don’t have to waste your time voting.”

On war, I believe with Benjamin Franklin that “there was never a good war or a bad peace.” I see nothing good about a “good war” (WWII) in which 50 million people died, the majority of whom were civilians. I also like Ike when he said about the atomic bombing of Japan that “it wasn’t necessary to hit them with that awful thing.” I believe the wars in Iraq and Afghanistan are especially senseless, unjust, and immoral. I agree with Randolph Bourne that “war is the health of the state.”

On the U.S. military, I believe that instead of being a “global force for good,” it is a global force for evil. Not only should the military not be fighting foreign wars, no U.S. soldier should be stationed anywhere but on American soil. All 1,000 foreign bases should be closed, and all U.S. troops should be brought home. The sooner the better. And to Christians I would add that the U.S. military is not the Lord’s army.

On liberty, I believe, with Leonard Read, that people have the fundamental right to do “anything that’s peaceful” as long as it is not aggressing against someone else’s person or property. I believe, with Lysander Spooner, that vices are not crimes. I subscribe to the libertarian non-aggression principle; that is, it is wrong to threaten or initiate violence against someone unless in defense of one’s person or property.

On abortion, I believe that abortion is not only morally wrong, but violates libertarianism’s non-aggression principle. However, I part company with pro-lifers because I don’t believe the federal government has any more authority to concern itself with abortion than it does to concern itself with the amount of parking ticket fines in the fifty states. And I also extend my pro-life sentiments to children and adults in foreign countries on the receiving end of U.S. bombs and bullets.

I’m sure I am missing something. But the above, in a large nutshell, is my view of politics that some are uninterested in.

Originally posted on LewRockwell.com on November 5, 2012.

Read More »
PrevPrevNews of the Week, November 5th, 2012 Edition: Elect a Super-Villain to be President?
NextObama wins, celebrates by bombing another countryNext