Is Ron Paul an Isolationist? 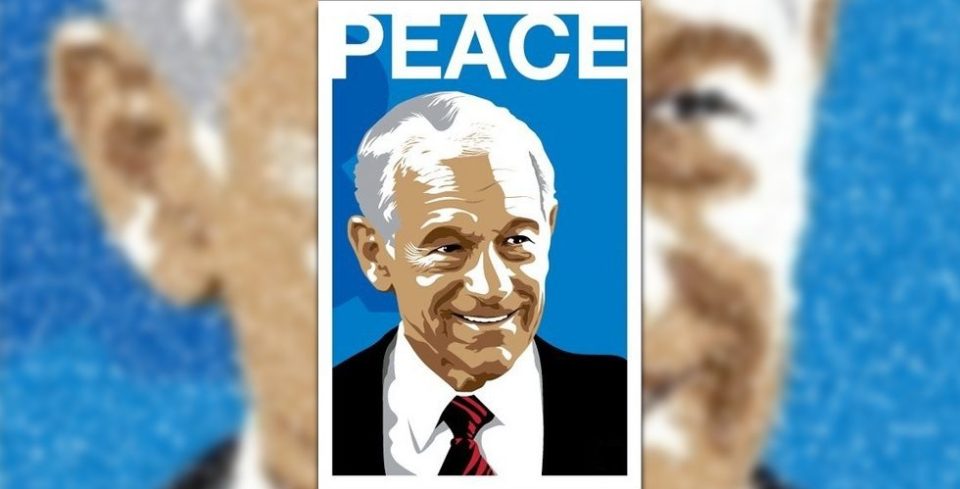 The word isolationist is a pejorative term used to ridicule advocates of U.S. nonintervention in foreign affairs, intimidate their supporters, and stifle debate over U.S. foreign policy.

Throughout the twentieth century, opponents of U.S. intervention in foreign wars were smeared as isolationists.

Conservative and Republican opponents of Congressman and presidential candidate Ron Paul, although they may argue and fight among themselves, are all agreed on one thing: Ron Paul is an isolationist and espouses a dangerous foreign policy of isolationism.

Actor and conservative activist Chuck Norris insists that “Texas Representative Ron Paul’s bent toward being an isolationist who wants to bring home every one of our 572,000 troops abroad makes the anti-terror, pro-military hairs on the back of my neck stand.”

Speaking in South Carolina just before Christmas, Newt Gingrich “sharply criticized Mr. Paul for what he said were his isolationist views on foreign policy.”

Tune in to the leading conservative talk-show hosts or read the comments posted by their followers on right-wing websites and you will hear and see Ron Paul regularly described as an isolationist.

Okay, so what would an isolationist America look like? What if the United States really retreated from the world stage, avoided engagement with the rest of the world, and actually did isolate itself from every other country?

Under a real policy of isolationism, living in the United States would be about as bad as living in East Germany, North Korea, or Myanmar.

Is that the kind of America that Ron Paul envisions?

The last time Ron Paul ran for president, he made it perfectly clear that he espoused anything but isolationism:

Under a Paul administration, the United States would trade freely with any nation that seeks to engage with us. American citizens would be encouraged to visit other countries and interact with other peoples rather than be told by their own government that certain countries are off-limits to them.

American citizens would be free to spend their hard-earned money wherever they wish across the globe, not told that certain countries are under embargo and thus off limits. An American trade policy would encourage private American businesses to seek partners overseas and engage them in trade.

A Paul administration would see Americans engaged overseas like never before, in business and cultural activities.

No one has ever accused Dr. Paul of changing his position.

Why, then, is Ron Paul accused of being an isolationist? When his critics hurl this epithet at him, they know full well that he is not an isolationist at all. Here is Rick Santorum on Ron Paul’s “dangerous” foreign policy: “One thing he can do as commander in chief is he can pull all our troops home. He can shut down our bases in Germany. He can shut down the bases in Japan. He can pull our fleets back.” According to Santorum and his fellow conservative and Republican warmongers Gingrich, Rick Perry, Michele Bachmann, Herman Cain, Mitt Romney, Rush Limbaugh, Mark Levin, Sean Hannity, and the Weekly Standard, Ron Paul is an isolationist, not because he wants America to be isolated from the rest of the world, but because he wants to terminate the empire, stop fighting foreign wars, close the foreign military bases, cut the bloated military budget, end foreign aid, halt all offense spending, bring all the troops home, limit the military to the actual defense of the United States, and stop being the policeman of the world.

A proper foreign policy of nonintervention is built on friendship with other nations, free trade, and open travel, maximizing the exchanges of goods and services and ideas.

The basic moral principle underpinning a noninterventionist foreign policy is that of rejecting the initiation of force against others. It is based on nonviolence and friendship unless attacked, self-determination, and self-defense while avoiding confrontation, even when we disagree with the way other countries run their affairs. It simply means that we should mind our own business and not be influenced by special interests that have an ax to grind or benefits to gain by controlling our foreign policy. Manipulating our country into conflicts that are none of our business and unrelated to national security provides no benefits to us, while exposing us to great risks financially and militarily.

Ron Paul is merely echoing the foreign policy of Thomas Jefferson, who said,

No one nation has a right to sit in judgment over another.

I am for free commerce with all nations, political connection with none, and little or no diplomatic establishment.

Peace, commerce, and honest friendship with all nations — entangling alliances with none.

It is a sad day for America and Americans when not supporting an aggressive, belligerent, interventionist, and meddling foreign policy means that you are an isolationist.

Noninterventionism is not isolationism. It is practical, sane, moral, just, and right. It is the foreign policy of the Founding Fathers — and Ron Paul.

Originally published at The Future of Freedom Foundation on January 17, 2012.

Read More »
PrevPrevWeighing Political Planks and the Obama Dilemma
NextNews of the Week, January 15-21, 2012Next