Five Lies of the Religious Right About Ron Paul 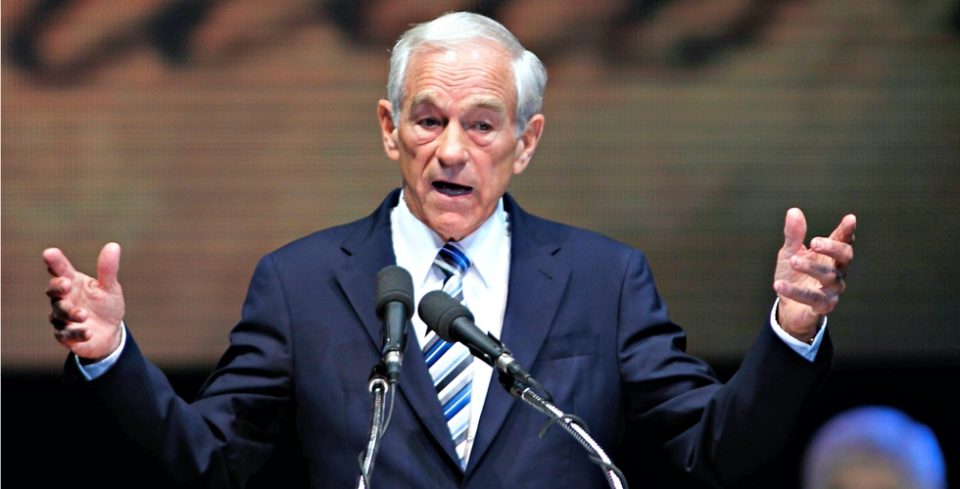 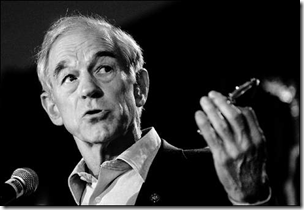 The lies about Ron Paul uttered by the media, the Republican Party, the political establishment, conservative talk show hosts, and rank and file Republicans and conservatives who blindly parrot their leaders, and even some libertarians are legion. However, when it comes to Christian armchair warriors, Christian Coalition moralists, evangelical warvangelicals, Catholic just war theorists, reich-wing Christian nationalists, theocon Values Voters, imperial Christians, Red-State Christian fascists, God and country Christian bumpkins, and other Religious Rightists that have no problem draping the cross of Christ with the American flag, there are basically five lies that are continually told about Congressman Paul, all recycled from the last time he ran for president.

Lie number one: Ron Paul is not pro-life. That is, he doesn’t support a federal law or constitutional amendment banning abortion since that is entirely up to the states.

The subject of abortion is one that Ron Paul is uniquely qualified to talk about. In addition to being a member of Congress, Ron Paul is a physician specializing in obstetrics and gynecology who has delivered over 4,000 babies. In forty years of medical practice, Dr. Paul says, “I never once considered performing an abortion, nor did I ever find abortion necessary to save the life of a pregnant woman.” He believes “beyond a doubt that a fetus is a human life deserving of legal protection, and that the right to life is the foundation of any moral society.” But unlike many Republicans in Congress, Representative Paul also believes in consistently and strictly following the Constitution in all matters. Therefore, as he simply states:

Under the 9th and 10th amendments, all authority over matters not specifically addressed in the Constitution remains with state legislatures. Therefore the federal government has no authority whatsoever to involve itself in the abortion issue. So while Roe v. Wade is invalid, a federal law banning abortion across all 50 states would be equally invalid.

Dr. Paul is also consistently pro-life. Many pro-life Religious Rightists are cheerleaders for the killing of innocents outside of the womb in senseless foreign wars. Ron Paul believes in the sanctity of all human life.

Lie number two: Ron Paul supports drug use. That is, he doesn’t support the unconstitutional federal war on drugs.

The $41 billion a year war on drugs is a failure in every respect. It has reduced neither the demand for nor the availability of drugs. It has failed to keep drugs away from kids and addicts. It has made criminals out otherwise law-abiding Americans – over 1.5 million Americans are arrested on drug charges every year, with almost half of those arrests being just for possession of marijuana. The war on drugs encourages violence, unnecessarily swells the prison population with non-violent offenders, destroys civil liberties, attacks personal and financial privacy, and corrupts and militarizes the police. But not only do the costs of the drug war greatly exceed its benefits, it is clearly an unconstitutional activity of the federal government. As a physician, Dr. Paul knows full well the harmful effects of illicit drug use. But he also recognizes the dangers to liberty, property, and limited government that the war on drugs poses. It is perplexing and hypocritical that Religious Rightists don’t likewise support a war on alcohol since every negative thing – and more – that could be said about drug abuse could also be said about alcohol abuse.

Lie number three: Ron Paul is not pro-Israel. That is, he doesn’t support looting the American taxpayers and giving the money to a foreign government.

Since World War II, the U.S. government has dispensed hundreds of billions of dollars in foreign aid in a variety of forms to over 150 countries. Foreign aid is further camouflaged as U.S. support for the UN, IMF, World Bank, and other globalist organizations. Foreign aid now costs the American taxpayer over $40 billion a year. Egypt received over $1.5 billion in foreign aid last year. Israel received over twice as much. Since their peace accord in 1979, Egypt and Israel have been the top two recipients of U.S. foreign aid, accounting for about one-third of all foreign aid spending. Foreign aid is really foreign government aid that enriches the leaders of corrupt regimes and their privileged contractors. Foreign aid further entrenches the U.S. government bureaucracy, increases the power of the state, fosters dependency on U.S. largesse, and lines the pockets of U.S. corporations whose products are bought with foreign aid money. Following the advice of Thomas Jefferson, who advocated “honest friendship with all nations” and “entangling alliances with none,” Representative Paul sees neutrality as the best foreign policy for the United States: “The real, pro-US solution to the problems in the Middle East is for us to end all foreign aid, stop arming foreign countries, encourage peaceful diplomatic resolutions to conflicts, and disengage militarily.”

Lie number four: Ron Paul is weak on defense. That is, he doesn’t support perpetual, senseless, and immoral foreign wars.

Most of U.S. military spending is not for defense, but for offense. Most of what the military does is outside of the country and in some cases thousands of miles away: providing disaster relief, dispensing humanitarian aid, supplying peacekeepers, enforcing UN resolutions, nation building, spreading goodwill, launching preemptive strikes, establishing democracy, changing regimes, assassinating people, training armies, advising armies, rebuilding infrastructure, reviving public services, opening markets, maintaining no-fly zones, occupying countries, and, of course, fighting foreign wars. The proper use of the military – as envisioned by Ron Paul – is in defending the United States, not defending other countries, and certainly not bombing, invading, or occupying them. Using the military for any other purpose than the actual defense of the United States – its land, its shores, its skies, its coasts, its borders – perverts the purpose of the military. The United States is not and cannot be the world’s policeman.

Lie number five: Ron Paul is an isolationist. That is, he doesn’t support a global empire with 1,000 foreign military bases and troops stationed in 150 countries.

The Department of Defense has more than 500,000 facilities on more than 5,500 sites totaling approximately 29 million acres. There are over 300,000 U.S. troops in foreign countries – plus over 100,000 troops in Iraq and Afghanistan, plus tens of thousands of contractors. The word isolationist is a pejorative term of intimidation used to stifle debate over foreign policy. A noninterventionist foreign policy – like that espoused by Ron Paul – is a foreign policy is a policy of peace, diplomacy, and neutrality that includes trade, cultural exchanges, travel, immigration and emigration, and foreign investment. No invasions, threats, sanctions, embargoes, commitments, meddling, entangling alliances, or troops and bases on foreign soil.

So why the lies?

I say really because Ron Paul is and has always been for and against these things on a philosophical level. He doesn’t just say he is for or against these things to get elected. He doesn’t change his message depending on the crowd he’s addressing. He has a track record of consistency unmatched by anyone who has ever been in Congress or run for president. Why would any member of the Religious Right not embrace Ron Paul as their ideal candidate even as they run from the current crop of Republican presidential candidates?

So why the lies?

But not all Religious Rightists are ignorant. Some are just deliberate apologists for the state, its leaders, its military, its wars, and its foreign policy. If they were honest, then they would have to say that they believe in the centralization of power in Washington DC, in a police state that inconsistently criminalizes peaceful behavior, in swearing allegiance to a foreign government and looting other taxpayers that don’t share their allegiance, in endless foreign wars and military interventions, and in maintaining an empire of troops and bases around the world and meddling in the affairs of other countries.

The last time Dr. Paul ran for president, I concluded that he would not be the candidate of choice of the Religious Right because they love centralization more than federalism, political power more than liberty, war more than peace, politicians more than principles, faith-based socialism more than the free market, and the state more than God Almighty. The Religious Right’s embrace of candidates like Rick Perry and Michele Bachmann and non-candidates like Sarah Palin and Mike Huckabee leads me now to the same conclusion.

Originally published on LewRockwell.com on October 6, 2011.

Did you like Five Lies of the Religious Right About Ron Paul?
You may also like These Posts:

Read More »
PrevPrevTrade is Made of Win
NextAre You an Imperial Christian?Next