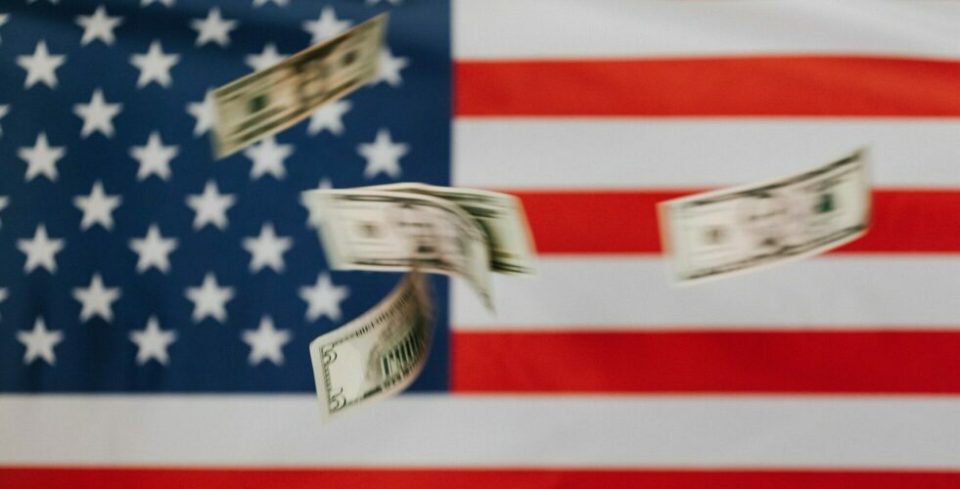 Until very recently, the only things many Americans knew about Egypt were its pyramids they read about in their school history texts, its mummies they saw on display at U.S. museum exhibits or on the screen in Hollywood movies, and the Nile River they marveled at in TV documentaries.

Now they see on TV and the Internet and read in the newspaper accounts of protests, violence, demonstrations, strikes, marches, curfews, military helicopters, tanks, government crackdowns on social media, calls for the Egyptian president to step down, cancellations of flights in and out of Cairo, and evacuations of hundreds of Americans by the U.S. State Department.

The civil unrest in Egypt and the sight of U.S. tanks in the streets of Cairo have brought to light two things about U.S.-Egyptian relations that many if not most Americans have heretofore been ignorant of. I am speaking of U.S. foreign policy in general and foreign aid in particular.

Hosni Mubarak has been the “president” of Egypt since the assassination of Anwar Sadat in 1981. Mubarak’s brutal military regime has been characterized by political corruption, sham elections, censorship, imprisonment of political opponents without trials, oppression, torture, murder, kidnapping, socialism, state control of the media, an enriched oligarchy at the expense of the majority of poor Egyptians, the crushing of dissent, and a litany of human rights abuses. But in spite of all this, Mubarak has also been a “close and important ally” of the United States.

The country of Egypt received over $1.5 billion in foreign aid last year. And that was lower than what it usually averages. Aid to Egypt peaked in 2002, when the country received over $2 billion in foreign aid. The only country that receives more U.S. foreign aid is Israel. Since their peace accord in 1979, Egypt and Israel have been the top two recipients of U.S. foreign aid. The two countries together account for about one-third of all foreign aid spending, the majority of which pays for armaments. It is not just demonstrators that can be seen in Egypt. M1A1 American Abrams tanks and tear gas canisters stamped “Made in America” can be seen in the streets of Cairo while American F-16s fly overhead. Much of Egypt’s officer corps has been educated at American war colleges.

U.S. foreign policy is a tangled web of contradictions, lies, incompetence, and incoherence. The United States condemns autocratic rulers and human rights abuses in one country while at the same time supporting or turning a blind eye to autocratic rulers and human rights abuses in another. Every country is in some way vital to American interests. Every conflict is in some way relevant to our national security. Intervention in the affairs of other countries in one form or another has been the historic and customary approach. Neutrality, it seems, is never an option. Not only is our reckless and meddling foreign policy very costly, it often results in hatred of Americans and acts of terrorism toward the United States.

The federal government provides some form of foreign assistance to over 150 countries. Since World War II, our government has dispensed hundreds of billions of dollars in foreign aid in the form of cash, construction projects, food, medicine, armaments, subsidized loans, humanitarian and disaster relief, security guarantees, and peacekeeping forces. We extend foreign aid to corrupt regimes, countries that regularly vote against us in the United Nations, countries that are not “developing” countries, and countries on both sides of conflicts. Political alignment is the main determinant of foreign aid spending. Foreign aid is really just an elaborate system of bribes and rewards. Yet, foreign aid enjoys bipartisan support in Congress. Even Republicans who tout their “conservative” credentials often dismiss spending on foreign aid because, so they say, it is an insignificant part of the federal budget or an infinitesimal percentage of GDP.

Writing in the neoconservative Weekly Standard soon after the 9/11 attacks, CFR Senior Fellow Max Boot maintained that rather than the attack being a “payback for American imperialism,” it “was a result of insufficient American involvement and ambition; the solution is to be more expansive in our goals and more assertive in their implementation.” Compare this with the sentiments of the twentieth century’s greatest proponent of liberty and opponent of the state, Murray Rothbard: ” Empirically, taking the twentieth century as a whole, the single most warlike, most interventionist, most imperialist government has been the United States.”

So who is right? For the answer we need look no further than Thomas Jefferson:

No one nation has a right to sit in judgment over another.

I am for free commerce with all nations, political connection with none, and little or no diplomatic establishment.

We ask for peace and justice from all nations; and we will remain uprightly neutral in fact.

U.S. foreign policy should be one of peace, neutrality, commerce, and nonintervention instead of one of threats, alliances, sanctions, and meddling. Rothbard’s plan to restore U.S. foreign policy to what it should be is threefold: “abandon its policy of global interventionism,” “withdraw immediately and completely, militarily and politically, from everywhere,” and “maintain a policy of strict political ‘isolation’ or neutrality everywhere.” Sounds Jeffersonian to me.

Foreign aid should really be called foreign government aid. The U.S. government doesn’t divide the foreign aid for a particular country by the population and send a check for an equal amount to each person. God only knows what percentage of foreign aid actually makes it to foreign peoples in real need instead of lining the pockets of foreign regimes that are corrupt, bureaucratic, interventionist, socialist, and statist to the core. Foreign aid is further camouflaged as U.S. support for the UN, IMF, World Bank, and similar globalist organizations. And although I don’t support any form of welfare spending in the United States, it still doesn’t make any sense for the U.S. government to send taxpayer money overseas when it could be used here to alleviate poverty, help the unemployed, and invest in education and infrastructure. Don’t get me wrong, I don’t support the federal government doing any of these things, but at least they would provide more of a benefit to Americans than lining the pockets of some miscreant regime like Mubarak’s.

The bizarre U.S. foreign policy in relation to Egypt is but the tip of the iceberg. Beneath the surface is a foreign policy that is about as far removed from the noninterventionism of the Founders and the early history of our republic as could possible be. It is imperative that the mess that is U.S. foreign policy be cleaned up. And it is just as important to end all foreign aid to Egypt and all the other countries that receive it.

Will the events in Egypt be a wake-up call that results in significant change to U.S. foreign policy or will they lead to more acts of folly, more money thrown away, and more intervention on behalf of the United States?

Because Congress usually leaves foreign policy matters to the president, the prospects of returning to a foreign policy of neutrality and nonintervention don’t look good. Since the end of the Cold War we have had two Democratic (Clinton & Obama) and two Republican (Bush & Bush) presidents. There is no perceptible difference in their foreign policies.

In the last presidential election, there was only one candidate from either party who philosophically, consistently, and openly called for dismantling the U.S. empire, closing foreign military bases, withdrawing U.S. troops, terminating foreign aid, and stopping the endless cycle of folly that is U.S. foreign policy. Nothing short of a Ron Paul revolution in foreign policy will bring about any real, lasting, and needed change.