Government vs. The State 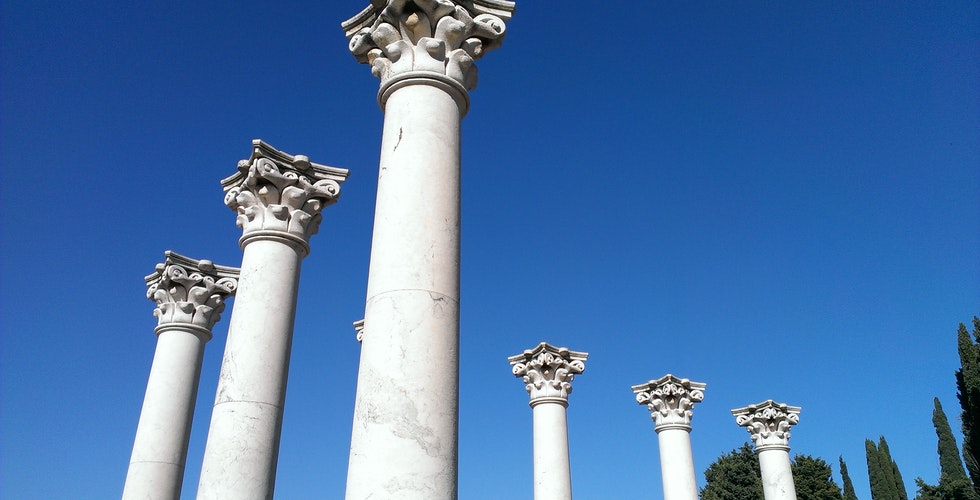 John Cobin, author of the great books Bible and Government and Christian Theology of Public Policy, has graciously agreed to let me post his public policy course essays on LCC, and this is the first of the series.

Albert Jay Nock (1870-1947), although relatively obscure today, was one of the foremost journalists and political philosophers of his day. He founded what would become The Freeman (see www.fee.org for details) in the early 1920s—one of the strongest and most consistent pieces of advocacy journalism for liberty and free markets available. Jeffrey A. Tucker praises Nock’s sophistication and genius in his tribute: Albert Jay Nock, Forgotten Man of the Right (2002). “The phrase Man of Letters is thrown around casually these days, but A.J. Nock was the real thing. Born in Scranton, Pennsylvania, he was homeschooled from the earliest age in Greek and Latin, unbelievably well read in every field, a natural aristocrat in the best sense of that term. He combined an old-world cultural sense (he despised popular culture) and a political anarchism which saw the State as the enemy of everything that is civilized, beautiful, and true. And he applied this principle consistently in opposition to welfare, government-managed economies, consolidation, and, above all else, war.”

In his Memoirs of a Superfluous Man (1943), Nock writes about the anomalous nature of government: “We were supposed to respect our government and its laws, yet by all accounts those who were charged with the conduct of government and the making of its laws were most dreadful swine; indeed, the very conditions of their tenure precluded their being anything else.” Nock was altogether discomfited by the reality of the state. He saw it as a great evil in the world; tragically unavoidable and, in a nearly fatalistic sense, the manifest, gloomy downfall of all great civilizations. He envisaged that the rise of state power would gradually reduce the great roads of New England to the desolate, overgrown Roman roads of Old England.

In his classic essay Our Enemy, The State (1935), Nock develops his thesis that there is a great difference between government, which is established by men to protect “social power” and peaceful, mutually-beneficial cooperation, and the state. The state is the ever-growing mutation of government that results in the favor-brokering, benefit-peddling, business-protecting nuisance that now plagues modern society. On the one hand, men have natural rights, antecedent to the creation of government, that are to be protected by the collective power of government. As Thomas Jefferson put it, “We hold these truths to be self-evident, that all men are created equal, that they are endowed by their Creator with certain unalienable Rights, that among these are Life, Liberty and the pursuit of happiness. That to secure these rights, Governments are instituted among Men, deriving their just powers from the consent of the governed.” On the other hand, states are cancerous outgrowths that thrive by plundering inalienable rights. States are parasites and predators that dole out privileges and siphon off prosperity through taxes and regulation.

Nock says: “At the outset of his pamphlet called Common Sense, [Thomas] Paine draws a distinction between society and government. While society in any state is a blessing, he says, ‘government, even in its best state, is but a necessary evil; in its worst state, an intolerable one.’ In another place, he speaks of government as ‘a mode rendered necessary by the inability of moral virtue to govern the world.’” Government might originate by the common understanding and agreement of society aimed at securing “freedom and security”. But government power should be limited to these two elements and should never degenerate into any “positive intervention upon the individual, but only a negative intervention.” For Nock, “the whole business of government” should be to protect our inalienable rights and nothing more.

Nock is right. The vision of the American Founders could not have been clearer. Yet the defiant state has materialized—despite the Founders’ good intentions—originating “in conquest and confiscation.” The resulting anti-social order of the state and its administrators would have to be judged by ethics and common law as “indistinguishable from a professional-criminal class.” Nock continues: “So far from encouraging a wholesome development of social power, it has invariably, as [James] Madison said, turned every contingency into a resource for depleting social power and enhancing State power. As Dr. Sigmund Freud has observed, it can not even be said that the State has ever shown any disposition to suppress crime, but only to safeguard its own monopoly of crime…with unconscionable ruthlessness. Taking the State wherever found, striking into its history at any point, one sees no way to differentiate the activities of its founders, administrators and beneficiaries from those of a professional-criminal class.”

If liberty-lovers adopt a Nockian view of the state, they are left with no alternative than to recognize that the ideal of government envisioned by the Founders has been obliterated. The mutant American state has become—far more than when Nock wrote 70 years ago—no different than a band of thugs. If the right of self-defense means anything, and the principles of Jefferson are still valid, the destruction of the American state as it presently stands, and its replacement with a government congruent with the vision of the Founders, is both justified and a worthy objective of those who love liberty.

Originally published in The Times Examiner on January 19, 2005.