311: The Knowledge Problem in Theology and Philosophy with Alex Bernardo 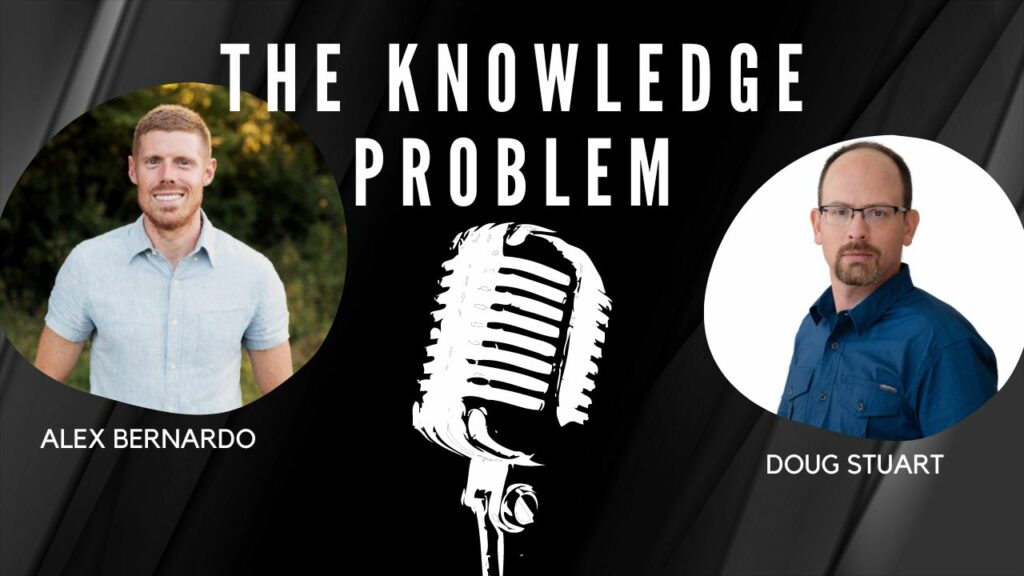 Ep. 11: Objections to Anarchy, Answered: How the Free Market Can Provide Defense and Security 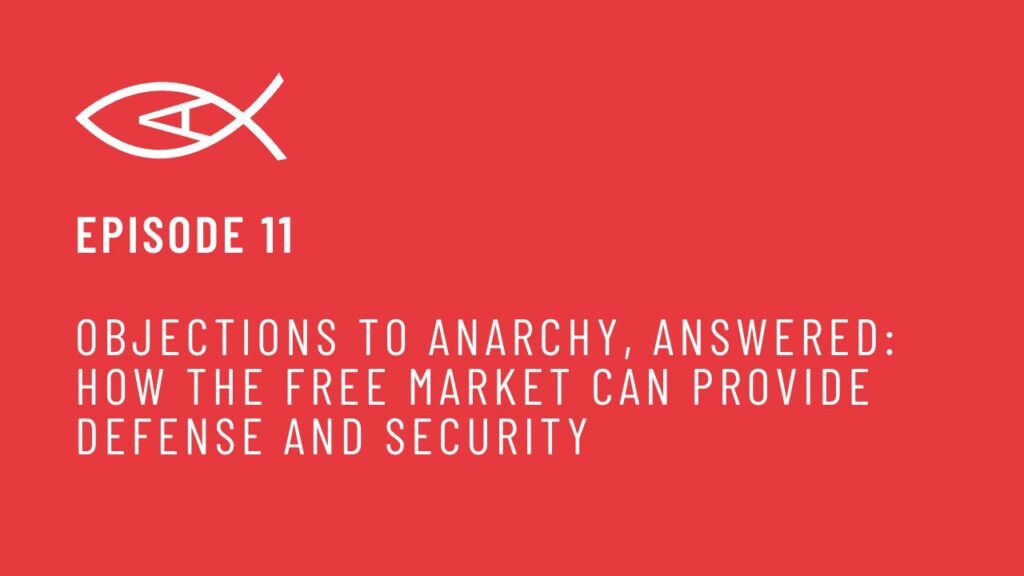 In this episode, we return to the Internet to find objections to anarchy and decentralization. The specific objections we tackle today are “How would an anarchist society protect people from criminals or from foreign invasion?” As well as “What would prevent corruption or the emergence of warring factions in an anarchist society?” Does the state […] 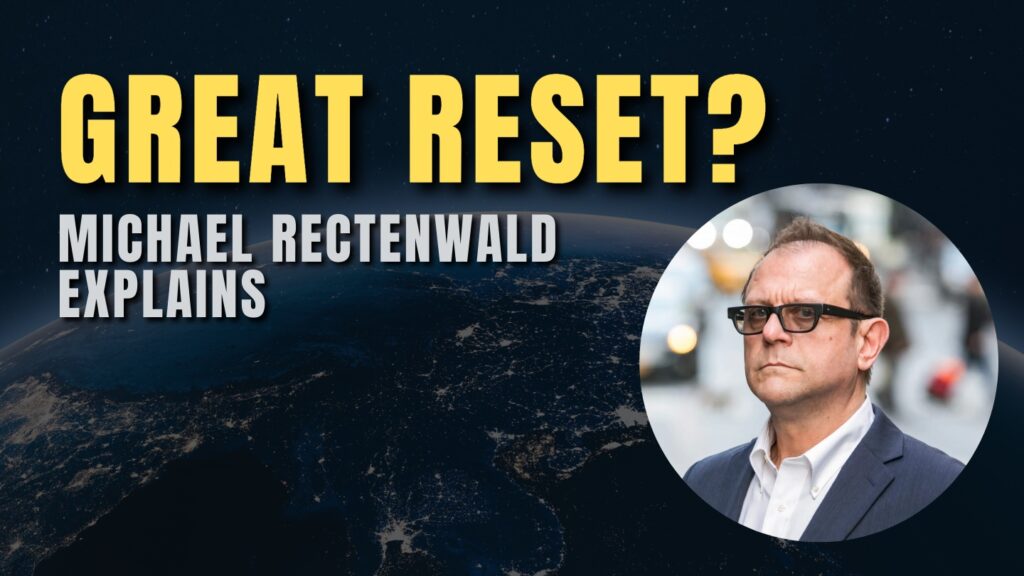 Ep. 10: Gay Marriage: Should Christians be in Favor of Legislating Against Sin? 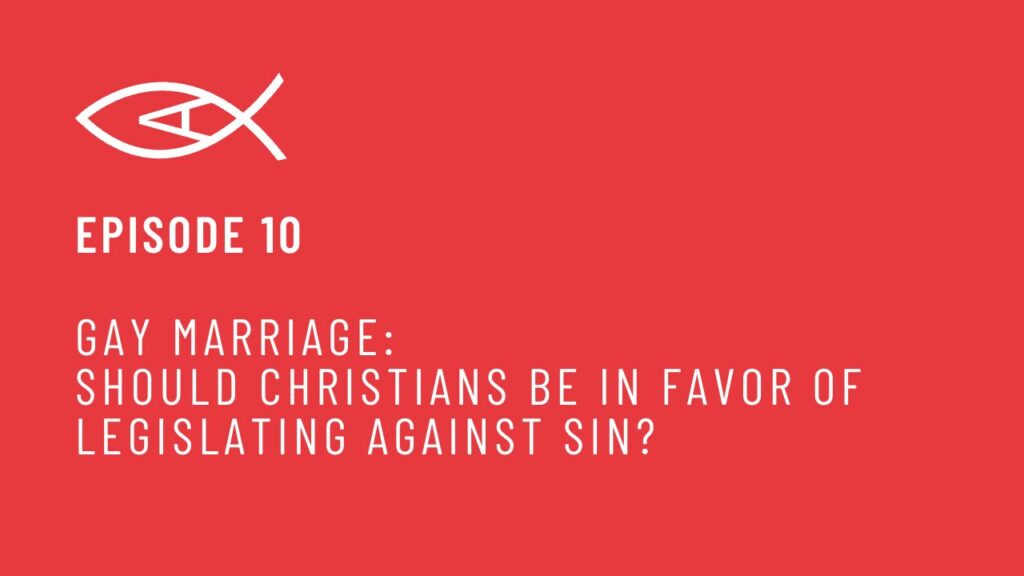 In an ever increasingly secular society, Christians often feel convicted to take a stand and use whatever means they have at their disposal to push back against a culture rebelling against God, and biblical principles of right and wrong. This often includes a desire to use the civil legislature, or the state, to pass laws […]

Ep 309: The Libertarianism of Star Wars with Stephen Kent 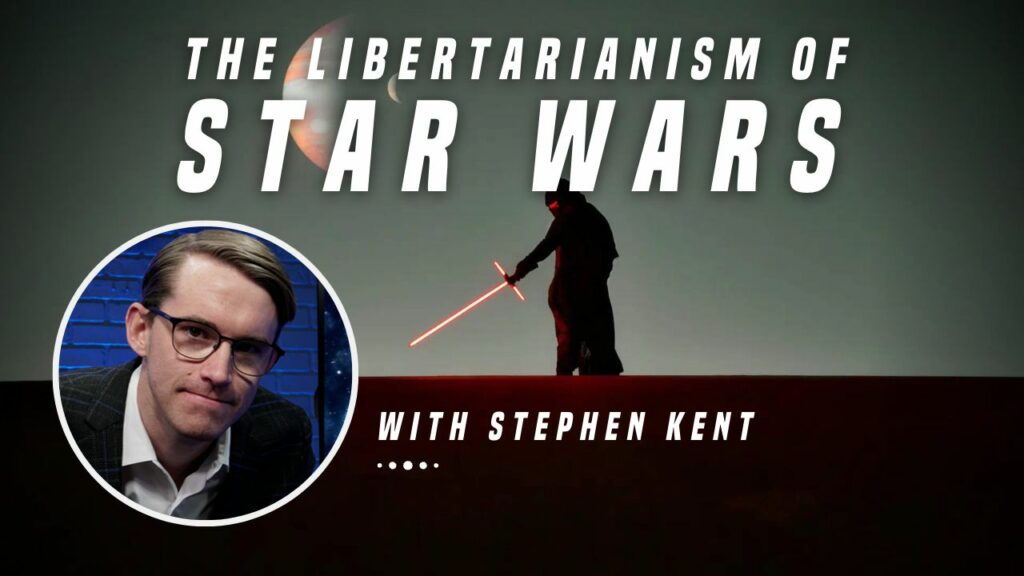 Summary – The Libertarianism of Star Wars with Stephen Kent Dr. Norman Horn speaks with Stephen Kent, author of the book, “How The Force Can Fix The World.” Kent’s book explores the libertarian themes, and the relevance Star Wars has to Christianity. The guys then break into spoilers about the new series, Andor. Main Points […]

Ep 8: The Boetie Option: The Peaceful Underthrow Of The State 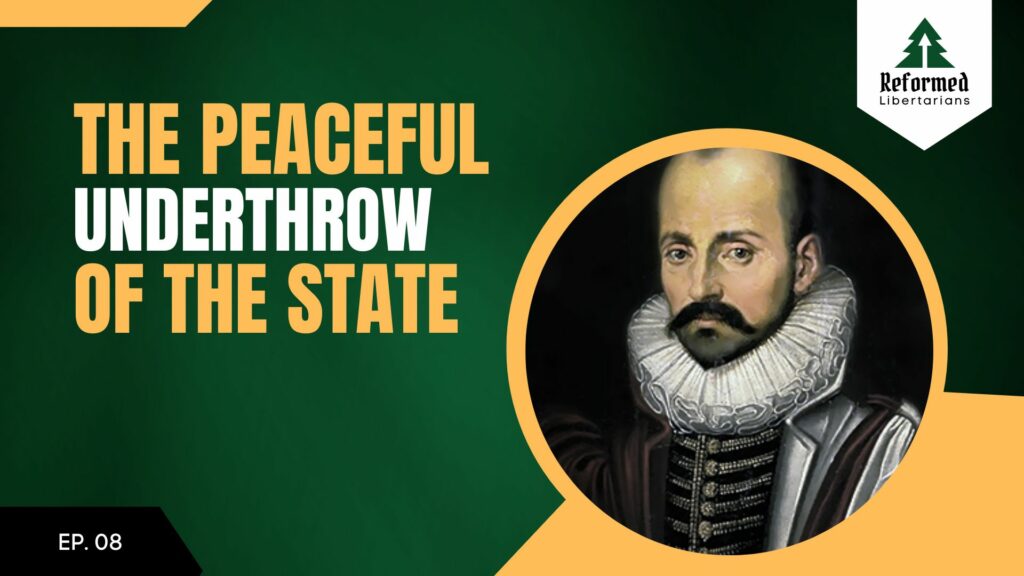 The Boetie Option: The Peaceful Underthrow Of The State A discussion of Murray Rothbard‘s Introduction to Etienne de la Boetie’s “The Discourse of Voluntary Servitude”. The connection of La Boetie’s essay to the French Reformed is explained. Also highlighted is the main idea of the Discourse, that state tyranny relies on popular compliance, and when […] 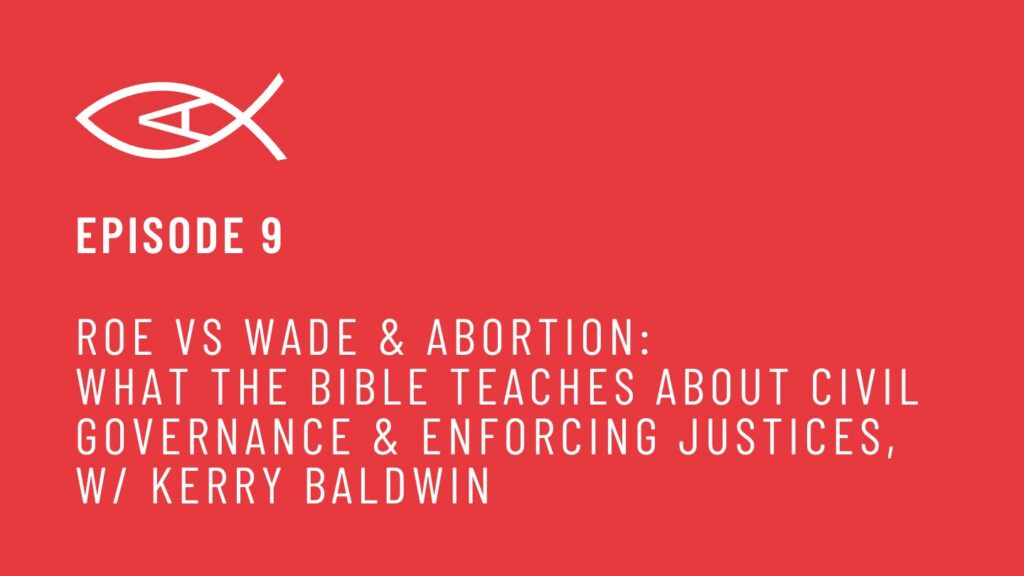 Summary – What the Bible teaches about Civil Governance & Enforcing Justices, w/ Kerry Baldwin In this episode, Kerry Baldwin of Mere Liberty and Reformed Libertarians Podcast, fellow LCI/Christians for Liberty Network contributor joins the show. This is a conversation we had about the the overturning of Roe vs Wade, and what the Christian Libertarian […]

Ep. 8: What Christmas Teaches us About Peace and God’s Kingdom 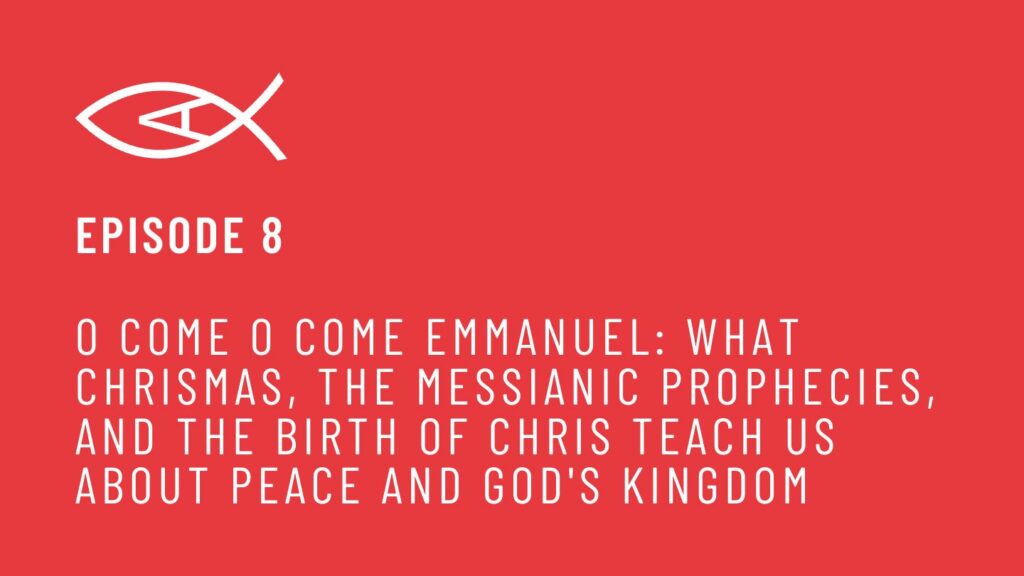 Ep. 7: Can Libertarians Be Conservatives? 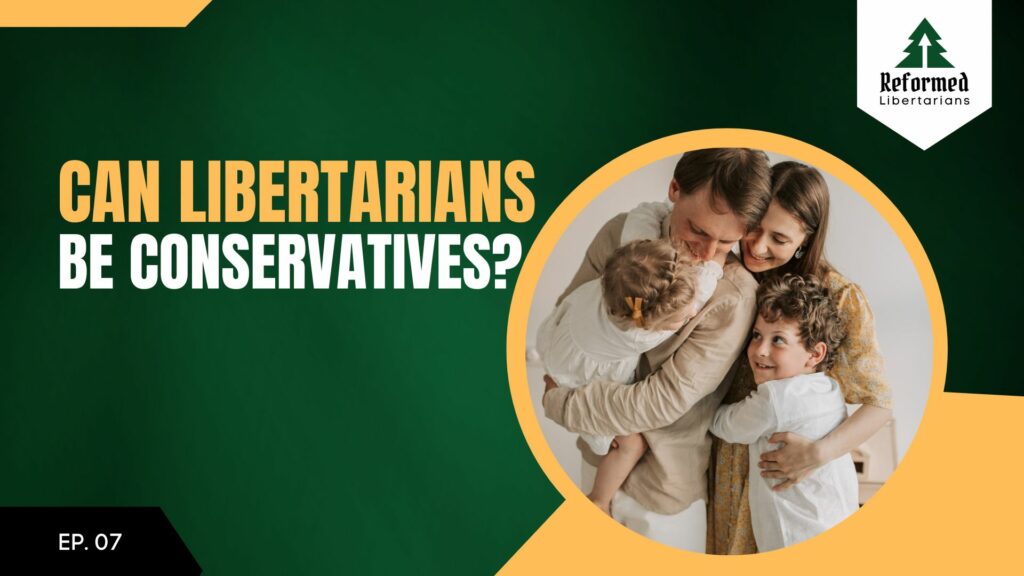 Can Libertarians Be Conservatives? A discussion of the article “Can Conservatives Be Libertarians?” by Gerard Casey. Several mischaracterizations of libertarianism are answered. How Reformed libertarians value tradition and liberty in contrast with progressive liberalism is clarified, with reference to an essay by Friedrich Hayek. Also mentioned is the relation between liberty and civil justice. 00:00 […]

Ep. 7 Render Unto Caesar: Are Christians Supposed to Pay Taxes? 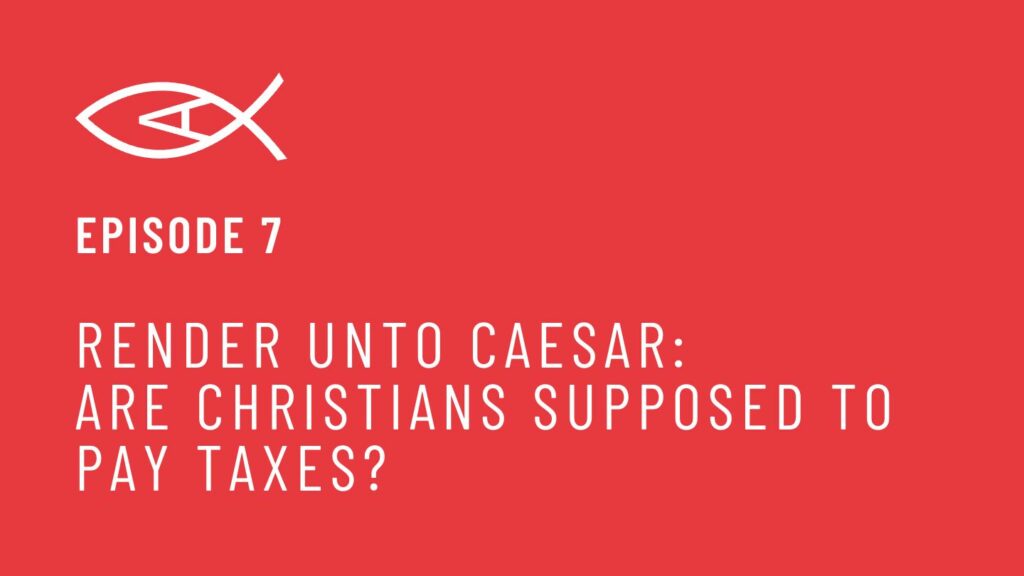 Summary – Are Christians Supposed to Pay Taxes? What does it mean to render unto Caesar what is Caesar’s? As Christians are we called to pay our taxes, and if so, is that because taxation is what God has established as the morally just mechanism for funding public services in society? In this episode we […]

Ep. 6: How the State Fails to Promote Health and Safety with Guest Greg 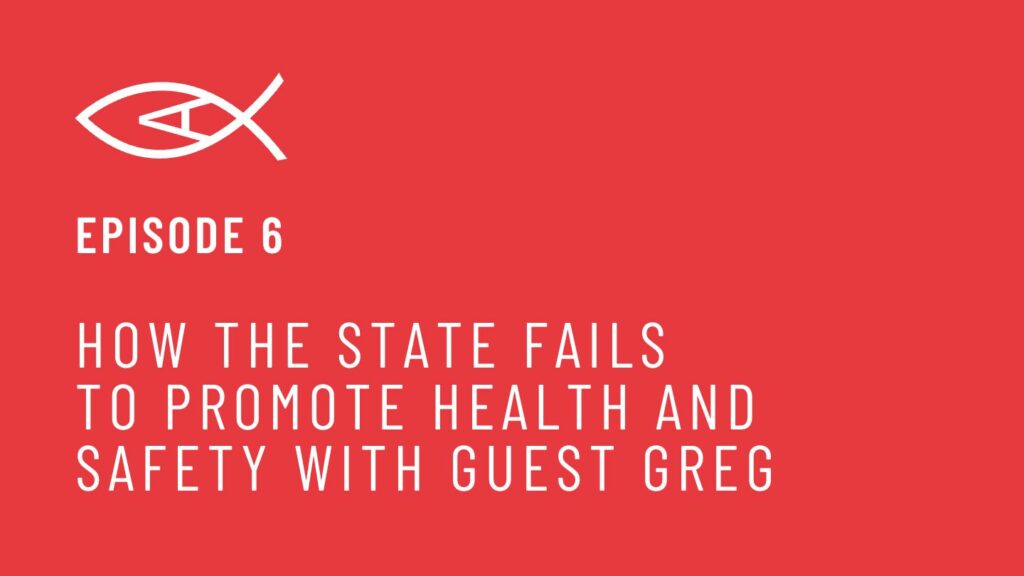 Summary – How the State Fails to Promote Health and Safety with Guest Greg On this episode I had a conversation with Greg, the Secretary of the Libertarian Party Sober Caucus. Drew, the founder, started the LPSC in early 2021 to combat the state and how it actively works against recovery. Most of the leadership […]

Ep. 6: Why Is The Right Of Resistance Important? Why Is The Right Of Resistance Important? A summary of the doctrine of the Right of Political Resistance, with four reasons for its importance. Plus, a little about the life of John Chrysostom and his early church contribution to this important doctrine. We invite your comments at reformedlibertarians.com/006 00:00 start 00:32 episode description 00:52 What […]

What is the Difference Between a Libertarian and a Liberal?

What is the Difference Between a Libertarian and a Liberal?

What is the Difference Between a Libertarian and a Progressive?

What is the Difference Between a Libertarian and a Progressive?

Ep. 5: Decentralization: The Natural Order of Anarchy – Social Cooperation According to the Bible 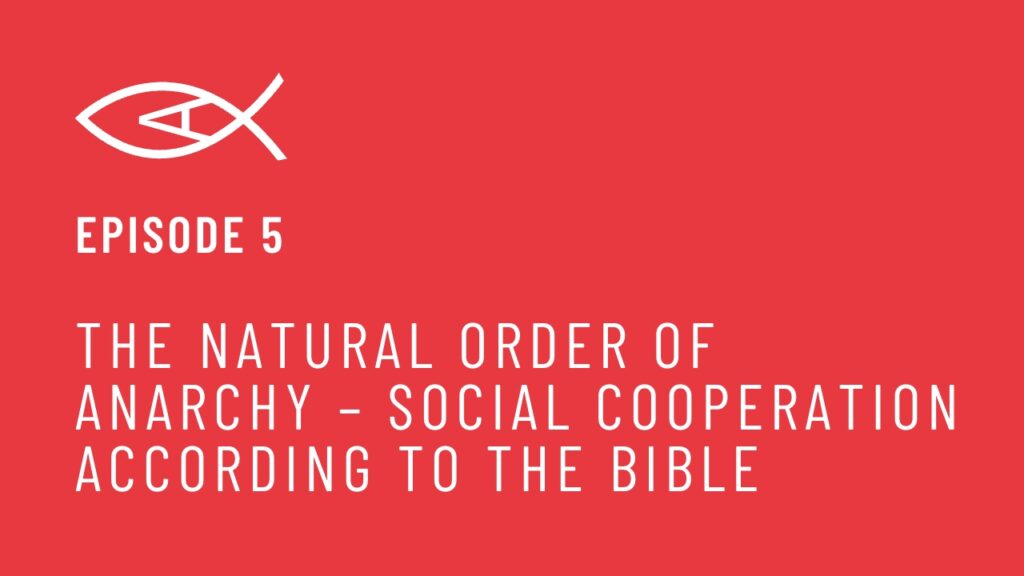 The Natural Order of Anarchy – Social Cooperation According to the Bible In this episode, we take to the Internet to take on what other Christian thinkers have said about the compatibility of Christianity and anarchy based on what the Bible says. Specifically, a common argument that anarchy is chaos and a void of law […]

What is the Difference Between a Libertarian and a Conservative?

What is the Difference Between a Libertarian and a Conservative?

How Do We Interpret 1 Peter 2?

How do we interpret “honor the emperor” in 1 Peter 2? 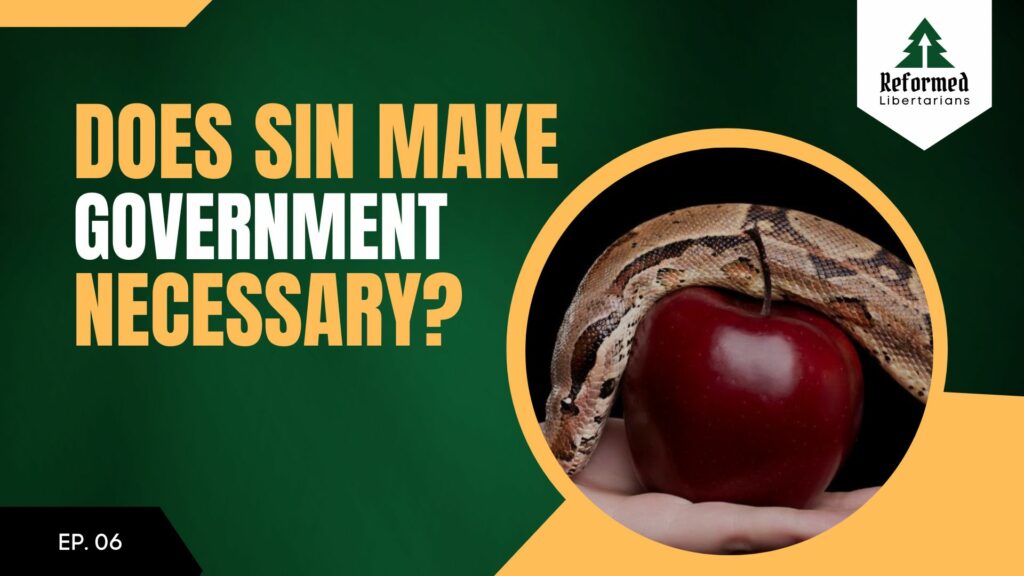 Does Sin Make Civil Government Necessary? A discussion of the main points of Kerry Baldwin’s article on human sinfulness and the question of the state’s necessity for civil governance. The fact that people are sinners and there will always be crime is shown to be not a reason that states are necessary, but rather a […]

Ep. 4: Fair Wages: What the Parable of the Vineyard Workers Says About Value 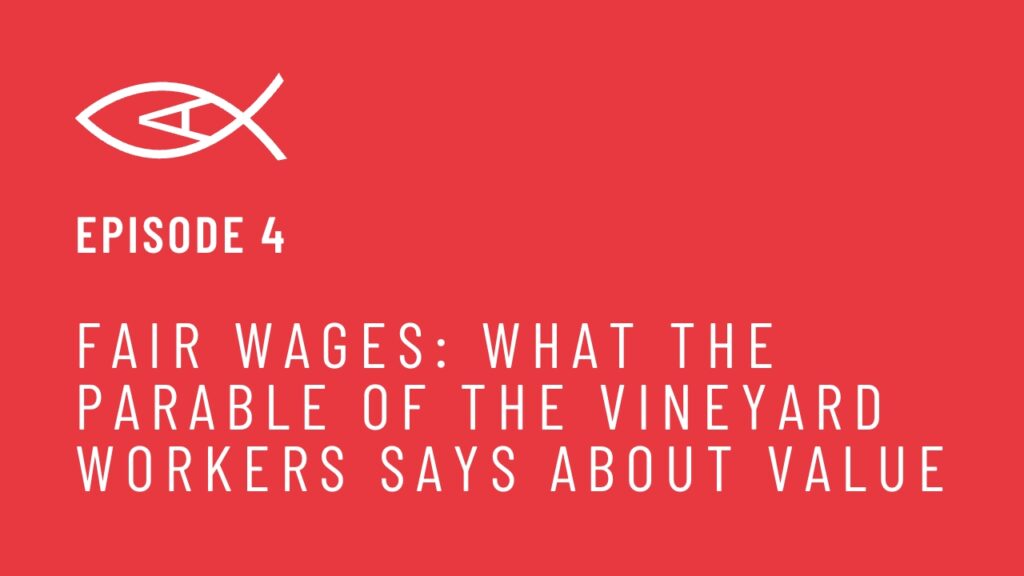 Fair Wages: What the Parable of the Vineyard Workers Says About Value Property Rights – why are they foundational to understanding how we are to love our neighbor? Why is the economy something Christians should care about, and what does the Bible say about property rights and the economy? In today’s episode, the first in […]

Ep. 3: The Foundations of an Anti-War Christian, w/ Liam McCollum

Can Christians support war while upholding the Scriptures? What should Christians be saying and praying for regarding the conflict between Russia and Ukraine? Today we dive into this topic with guest Liam McCollum. Liam McCollum is a graduate from the University of Montana’s philosophy and journalism programs and is the host of The Liam McCollum […]

Ep. 2: The Temptation of Control & The First Sin

In this episode we, dive into the temptation of control that plagues mankind, a theme that is so embedded in our existence that it permeates our literature, movies, and culture. We dive into the Bible to see examples of this temptation and how it can be traced all the way back to the garden and […]

In this episode, I drop the big news and then talk with Libertarian Christian Institute CEO Doug Stuart. We discuss the work of LCI, how Doug got involved, and how we plan to work together to advance the gospel and liberty.

Ep. 4 How Should Christians View Culture and What Are Some Mistaken Views? How Should Christians View Culture and What Are Some Mistaken Views? Discussion of the first subsection of the Reformed Libertarianism statement about culture. Also discussed are the significance of the fall into sin, common curse, redemption, and eschatology in relation to culture; as well as subjective sanctification of Christians’ cultural activity, contrast of neocalvinist with scholastic and biblicist (or theonomic) views, and transformationalism. Ep. 2: What Does Romans 13 Say About Civil Government? 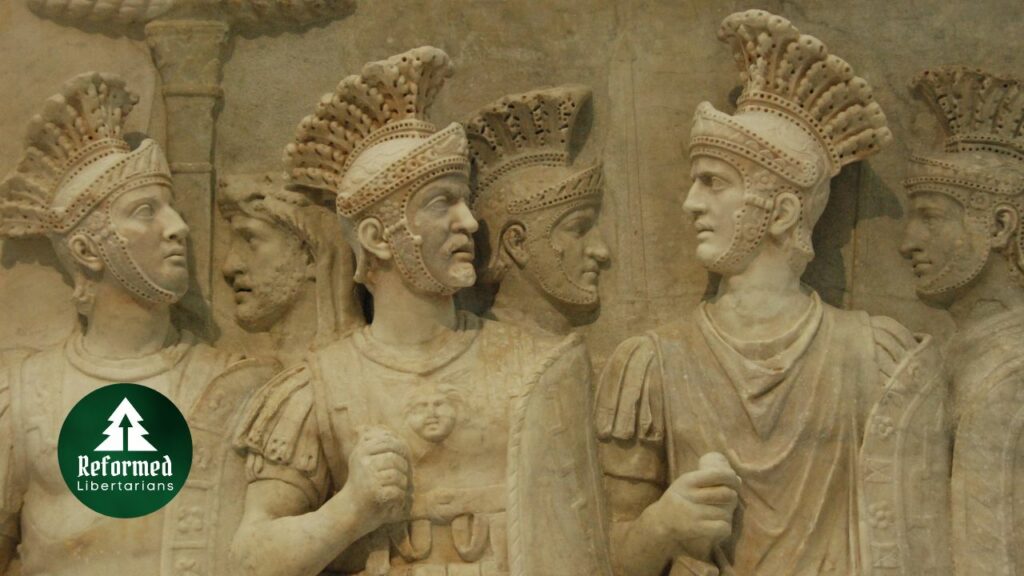 What Does Romans 13 Say About Civil Government? A discussion of the main points of Gregory Baus’ article on the historical, confessionally Reformed view of Romans 13 and a Reformed view of stateless civil governance. Also there’s elaboration on lex talionis and the non-aggression principle, the Old Testament (Mosaic Covenant) theocracy, and establishmentarianism.