The Christmas Truce, Then and Now 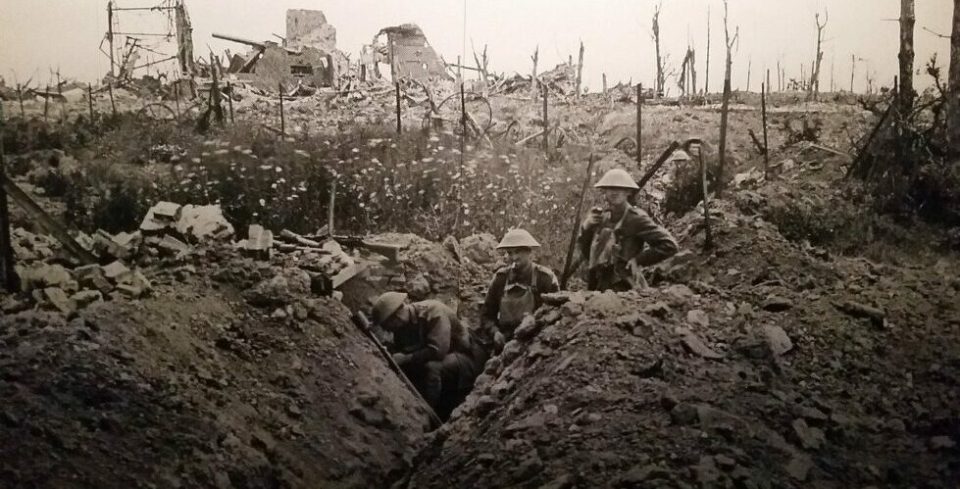 Today, Christmas Eve 2014, marks the 100th anniversary of the Christmas during World War 1. On that remarkable day, soilders from all sides of the war – French, British, Scottish, and German soldiers – crossed no-man’s land and in the spirit of the Prince of Peace celebrated Christmas together. Yesterday I posted a brief review of the event and a book by Stanley Wintraub about the truce called Silent Night. Today I want to say a few additional words about the truce and what it should mean to all of us.

In the days leading up to Christmas in 1914, British General Sir Horace Smith-Dorrien issued a firm instruction to the officers of all British army: “It is during this period that the greatest danger to the morale of troops exists. Experience of this and of every other war proves undoubtedly that troops in trenches in close proximity to the enemy slide very easily, if permitted to do so, into a “live and let live” theory of life… officers and men sink into a military lethargy from which it is difficult to arouse them when the moment for great sacrifices again arises…the attitude of our troops can be readily understood and to a certain extent commands sympathy… such an attitude is however most dangerous for it discourages initiative in commanders and destroys the offensive spirit in all ranks…the Corps Commander therefore directs Divisional Commanders to impress on subordinate commanders the absolute necessity of encouraging offensive spirit… friendly intercourse with the enemy, unofficial armistices, however tempting and amusing they may be, are absolutely prohibited.”

The General reveals something in his orders that is rather shocking: soldiers of one side do not tend to have any real grievance with the soldiers of the other side. Then why must they fight each other? Because the states they work for said so. They are ultimately used as pawns for power grabs rather than protectors of peace. As the saying goes, “War is just politics continued by other means.”

In August 1914, Europe entered World War 1 in a strange fervor. It was not initially considered a life-or-death struggle but almost like a big parade. Most of the soldiers thought of it as a game or contest, and that it would all be over quickly and they would even be home for Christmas. And to get them into the war spirit, every side launched huge propaganda campaigns to demonize the other side. No accusation was too low to be used.

Just a few months into the war, the protracted destiny of the war became clear to everyone on the front lines, and morale was desperate. They were ready to grasp at anything that could help them to feel human again.

Thus, when the spirit of Christmas suddenly rolled through the camps and prompted everyone to lay down their arms and remember that Jesus Christ was born to save, the soldiers began to reevaluate their priorities. What were they fighting for, really? Was the glory of their state really worth it? Many realized that it couldn’t be so. Although we know the ultimate result – the war resumed just as one might expect – the Christmas truce was a spark of humanity in a sea of unconscionable violence.

The incident truly reveals the deceitful nature of the state and the violence it perpetuates. In general, we have no need to start a quarrel with other nations. Wars occur not because every citizen of one nation has been wronged by every citizen of another nation, but because the state apparatus of one nation has decided it needs to wield its will against the state apparatus of the other nation. It takes the state propagandizing citizens to have them believe the enemy is actually every German, or Italian, or Mexican, or Iraqi, rather than the citizen’s own government that daily tyrannizes them.

I highly encourage you to read Silent Night, or to watch the great movie Joyeux Noel which dramatizes the Christmas truce, this Christmas season. You won’t regret it. And finally, remember that Jesus is truly our Prince of Peace, no matter what storm you encounter whether personal struggle or worldwide war.