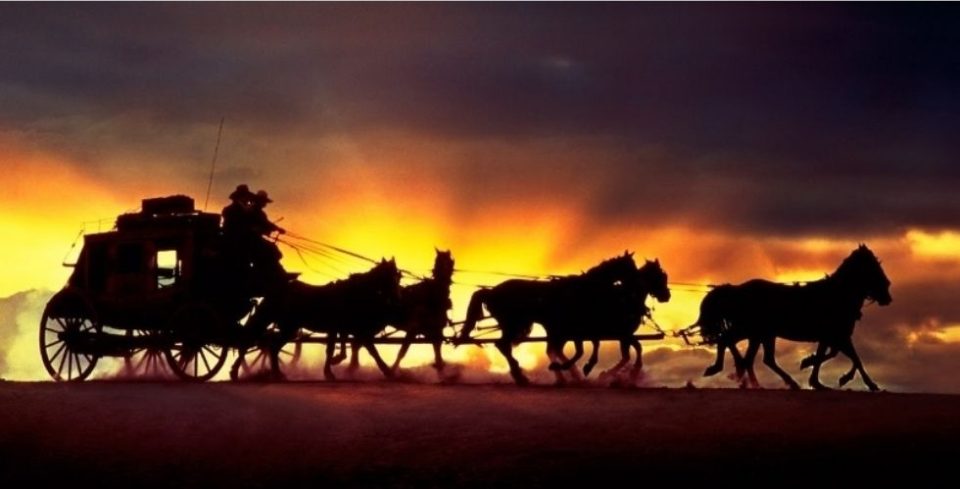 Stagecoaches were used during the (Not So) Wild West, before the invention of the railway, to transport mail, valuables, and people. In the collective imagination we have the image of a stagecoach loaded with gold guarded by men armed with carbines or shotguns in the face of the danger from bandits.

A modernized version of this (armored vans of the many security companies at the door of bank branches carrying sacks of coins and banknotes) is the primitive image that many people—unfamiliar with the banking and financial sector—may have of how a bank transfer is executed. However, how international bank transfers work from one country or currency area to another is far more complicated than one might think at first.

Suppose a company in Germany wants to import a certain amount of goods from Russia. To do so, the German importing company will have to trade with a Russian exporter.  The Russian company must provide bank details to the German importer so that the payment can be made. The German company accesses the website of its bank (in this example let’s assume is Deutsche Bank), enters the bank details and the corresponding amount, and clicks.

When the Russian company checks its bank account balance (let’s assume it has an account with ZAO Raiffeisenbank), it will see that it has received the payment perhaps a couple of days after sending it. But how did a certain amount of euros get from a German bank to a Russian bank? There are two ways:

Therefore, the immense majority of payments are done indirectly, not directly.

Recall, we have a German importing company that wishes to purchase goods from a Russian exporting company. The German company has deposits in Deutsche Bank. In turn, Deutsche Bank, being a licensed bank within the European Union, is required to hold at least a certain minimum amount of reserves at the European Central Bank (ECB); Deutsche Bank has an account at the ECB where it must hold these reserves. On the German side we have been able to connect a number of entities where each one has accounts open with another.

On the Russian side, we have the exporting company that has the opportunity to sell some goods and get money for them. This company has its money deposited in ZAO Raiffeisenbank. Let’s assume that this entity has no presence outside Russia. ZAO Raiffeisenbank needs to have an account with a Russian bank that has an international presence in order to be able to receive payments in euros or dollars for its customers’ exports. That bank would be PJSC Sberbank, because it has a European subsidiary by the name of Sberbank Europe AG.

Despite being part of the same corporate group, the latter two entities have separate accounts and will be shown separately below. Sberbank Europe AG must therefore comply with EU banking regulations; it has to hold a minimum of required reserves at the ECB where it has an account. Thus, we have succeeded in connecting the two parts of the chain.

It’s now possible to take a step-by-step look at how the balance sheets of all the entities involved in this transaction are changing.

This was the result of the change in all balance sheets.

Obviously, the choice of the nationalities of the importer and exporter has not been accidental. The writing of this text is motivated by the European Union’s recent economic sanctions against Russia, although the aim is not to talk about these sanctions in particular, but rather it serves to explain how international payment systems work and how financial sanctions interfere with the intricate mechanism that has been explained.

Why sanctions matter: putting sticks in the wheels

This engine through which cross-border transactions take place can be broken by economic and financial sanctions. For example, an asset/reserve seizure from the European subsidiary of PJSC Sberbank, would prevent it from providing the correspondent banking services it provided to local Russian banks. Without this correspondent service, through which they receive the export payments for their clients, the export sale does nor occur.

This is very important for Russia as it is a net exporter and it is through this channel that they receive more prominent currencies (dollars and euros). Moreover, although it is not part of the payment system but part of the financing system, an embargo prevents them from repatriating any international investments (mostly in dollars) to local accounts that individuals and legal entities might have.

Another sanction that is also very often mentioned is the expulsion from the SWIFT. This is an interbank messaging system through which banks are notified of the transfer to be made. With this measure it is not only that they cannot communicate with foreign banks to be able to make interbank transactions, but even the Russian banks themselves could not communicate unless they used a separate messaging system.

As stated above, the choice of the nationalities was not accidental. The writing of this text was motivated by the US and EU recent economic sanctions against Russia. Although the aim if this article is not to judge the these sanctions, they do serve to explain how international payment systems work and how financial sanctions interfere with the intricate mechanism that has been explained above. 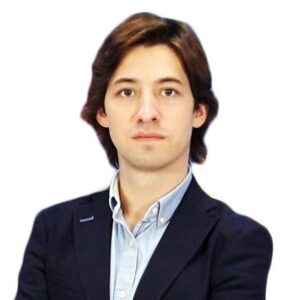 Jon Aldekoa is student if Austrian Monetary and Banking Theory. He has published numerous related articles in multiple media and think tanks such as Instituto Juan de Mariana (Spain), Fundación Civismo (Spain), Libertad Digital (Spain), UFM Market Trends (Guatemala) and some have been republished in the Mises Institute (USA). Contact: jaldekoa@gmail.com
All Posts
About Articles on LCI LCI posts articles representing a broad range of views from authors who identify as both Christian and libertarian. Of course, not everyone will agree with every article, and not every article represents an official position from LCI. Please direct any inquiries regarding the specifics of the article to the author.

Did you like How International Bank Transfers Work and Why Economic Sanctions Matter?
You may also like These Posts: