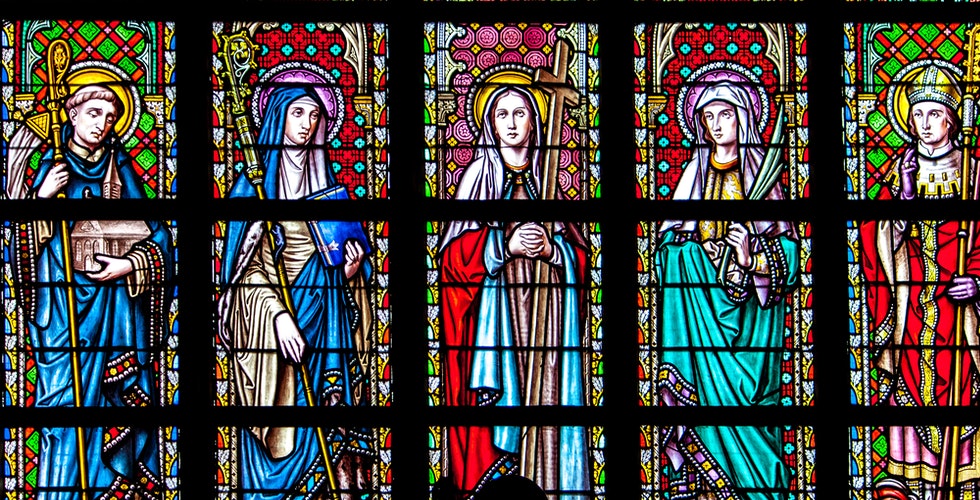 The previous post in this series examined, from a libertarian perspective, St. Thomas Aquinas’s (1225-1274) famous definition of law as an ordinance of reason, for the common good, made by one with authority, and promulgated. The next chapter of his “Treatise on Law” has proven equally influential, as he sets out to synthesize biblical, Greek, Roman, and early Christian categories of law into a single, integrated system. In Aquinas’s schema, there are four principal kinds of law: (1) eternal law, by which God providentially rules the entirety of his creation; (2) natural law, which is the moral-law portion or subset of the eternal law that applies to human beings in particular; (3) human law, or those laws made and enforced by human beings within the context of political society; and (4) divine law, which are all the laws revealed by God in both the Old and New Testaments of Scripture. Aquinas didn’t invent any of these categories of law; what he did was merely define and distinguish them in a new and helpful way that would become the standard for many later thinkers. As we shall see, each of these kinds of law has an important role to play in a Christian libertarian theory of law.

Aquinas’s first category of law is also the most universal: eternal law refers to the comprehensive order of things by which God providentially directs the entirety of his creation to its God-ordained end (ST I-II.91.1). From the galactic to the sub-atomic, absolutely everything that exists is ruled by God’s eternal law. Far from this universal law being a threat to human freedom, however, for Aquinas, as for the Christian libertarian, it is God’s rule over everything that not only makes possible human freedom, but is also what imbues that freedom with its deepest possible significance. The eternal law is what gives the world its dependable, causal structure, without which it would be impossible to reliably order our own actions in the human sphere. More than this, in God’s cosmic economy, human beings have been granted, by virtue of their free will, a privileged role in helping realize the divine order of things, such that apart from the exercise of their freedom, God’s own purpose for his creation would go frustrated and unfulfilled.

Aquinas’s second category of law is the natural law (sometimes called the moral law), which is that subset of God’s eternal law dealing with human actions in particular (ST I-II.91.2). All creatures have certain inbuilt “inclinations” to behave according to their God-given nature; what makes human beings unique is their power of reason by which they are able to intellectually observe and grasp what their natural human inclinations are, formalizing them into “rules” to guide their future actions. And these natural human inclinations, formalized into rules by reason, are what comprise the natural law. As such, the natural law contains the universal, rational, and objective standards of moral right and wrong that differentiate those good actions which tend to fulfill our human nature and promote human flourishing from those evil actions that don’t.

An important application of this idea is that the natural law is also responsible for distinguishing those coercive actions that are moral from those that are not, though where the dividing line between the two lies precisely is a question Aquinas unfortunately never directly deals with. Properly understood, what libertarianism represents is merely the attempt to provide just such a universal, rational, and objective natural law standard for the moral use of coercion, and that standard is the Non-Aggression Principle. On account of man’s nature as a free, self-directing agent, only those actions involving aggression against the person or property of others may themselves be coercively suppressed.

This brings us to Aquinas’s third kind of law, human law, by which he means those positive or civil laws made by human beings living in community with each other. According to Aquinas, the reason we need human law is because natural law provides only the most general principles of human practical reason, whereas human law takes these general moral rules and makes them more specific (ST I-II.91.3). There are a couple of problems, however, with this account of the relationship between human law and natural law, the most important of which, from the libertarian’s perspective, is that the real reason human law is necessary in comparison with natural law is that human law represents those parts of the natural law that are or ought to be subject to coercive enforcement.[1] This is yet another area, accordingly, where Aquinas’s failure to attend, in more libertarian fashion, to the inherent coercive nature of law arguably leads him to be less precise in his own thinking about human law than he otherwise might have been.

Aquinas’s fourth and final category of law is what he calls divine law, which refers to any law that is revealed in Sacred Scripture (ST I-II.91.4). Divine law, therefore, is distinguished not by what it teaches (since all of the moral teaching of Scripture, for example, is the same as the natural law), but by how it teaches it: the divine law is law that is made known, not by natural reason, but by supernatural revelation. Of the four reasons Aquinas gives for why divine law is necessary, the last two of which are of particular interest to us here: divine law is necessary because human law can only regulate outward action, whereas divine law is able to regulate the “interior movements” of man; and divine law is necessary because even in matters of outward action, human law is not competent to prohibit all evil deeds, whereas divine law condemns even those evil acts which human law must permit.[2] Similar to natural law, then, and consistent with libertarianism, divine law testifies to the radical limits of human law: the latter can only judge outward actions, and even then, it must permit many actions that it belongs only to divine law to prohibit.

Inasmuch as divine law is simply the law of Scripture, Aquinas further divides it into the familiar, biblical distinction between the “Old Law” of the Hebrew Scriptures and the “New Law” of the Christian Gospel (ST I-II.91.5). The main difference between the two, as Aquinas represents it here, is that whereas the Old Law primarily directed man to his more proximate, this-worldly good of an imperfect, temporal happiness, the New Law is what directs man to his ultimate, eternal good of perfect happiness in God. This means that, although a part of divine law, the Old Law, at least in its judicial or political capacity, actually served the same role as human law does in other societies. This leads Aquinas to view the Old Law (despite its divine origins) as being subject to much the same limits as that faced by human law, namely that neither of these can “control the mind” but can at best only “restrain the hand.” This is because the Old Law moved its subjects, not through love (as in the New Law of the Gospel), but through “fear of punishment.” Once again, and in libertarian fashion, we see Aquinas’s notion of divine law significantly restricting what law backed by coercion can actually accomplish.[3]

In the next post in this series, we will look at the following chapter in Aquinas’s “Treatise on Law,” in which he takes up the question of the effects of law.

[1] Another problem with Aquinas’s claim that human law is necessary in order to make the natural law more specific is that it doesn’t actually fit with Aquinas’s own theory of the natural law, which for him includes not just the most general principles of human practical reason, but also any of the more determinate moral principles that may be derived from them. Rather, and as we saw in the previous post, what really differentiates human law for Aquinas is that they consist of those natural law rules that direct human action specifically towards the common good.

[2] The first two reasons Aquinas gives for divine law are (1) because man is ultimately ordered to a supernatural end that can only be achieved by the supernatural means of special, divine revelation; and (2) because even in those moral matters where divine law and natural law overlap (as in the case for example, of the Ten Commandments), divine revelation is able to make those moral laws known in a quicker, easier, and surer way than unaided human reason is able to do.

[3] Aquinas concludes his discussion of the principal kinds of law with something of a footnote on the Christian and specifically Pauline idea of there being a “law of sin” (ST I-II.91.6). Aquinas’s concern here is to observe that, even when human beings transgress the law of God, far from escaping God’s law, their sin simply delivers them over to yet another law established by God, namely the “law of sin” (Rom. 7:25), in which the sinner is no longer able to obey his higher, free and rational nature, but is instead enslaved to his lower, sensual nature. Here, too, there is an important libertarian lesson for human law to observe, which is that on many matters, human law must not try to punish what God has forbidden so much as stay out of the way and let God’s own “law of sin” do its providential work.

Did you like The Libertarian Aquinas: Aquinas on Eternal, Natural, Human, and Divine Law (Part 3)
You may also like These Posts:

PrevPrevSubsidizing Isolation: Unintended Consequences of the FCC’s ‘Lifeline’ Program
NextWeekend Insights – Give it to me straight, Doc.Next