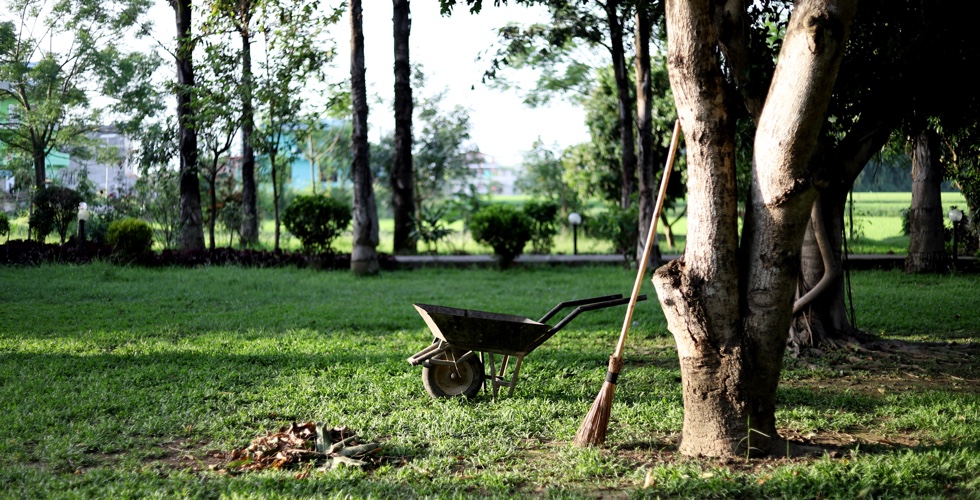 The Freedom of Ha-Adam

then God said, ‘Let us make man in our image, after our likeness; and let them have dominion over the fish of the sea, and over the birds of the air, and over the cattle, and over all the earth, and over every creeping thing that creeps upon the earth.’ So God created man in his own image, in the image of God he created him; male and female he created them.

While we frequently speak about God creating the world out of nothing, we often forget that God also creates man out of nothing. In Genesis 2:7, God breathes life into the nostrils of man. Before that point, man is not a living thing. Man is not a lifeless body that is  brought to life when God gives His breath. Rather, God breathes life – creation – for man to exist. Before, there is no soul and no life in man. Before the unity of the body and soul, man does not exist. But when God breathes soul into body, man exists. Man, like the world, is created out of nothing.

Whatever is used to create something tells us about the nature of that thing. If God creates something out of nothing, that means that nothing precedes its creation. Imagine you are creating a tree house. You may use a bunch of 2x4s, a lot of nails, and two or three trees to hold it all together. After you’re done, you have created a tree house that was not there before. However, you did not create the tree house ex nihilo; you built it out of wood and metal. We are not able to create a tree house out of nothing, and so any tree house we do create has intrinsic limitations. The properties of wood and metal limit what the tree house can be like. For example, it can burn if struck by lightning, because it is made of wood and wood is capable of being burned.

But since man (humanity) is created out of nothing, there are no prior limitations to what man could become. Keep in mind that I am not referring to the body, as Genesis tells us that God created man’s body out of something (dust). The body therefore has physical limitations. However, ‘man’ does not refer to the body alone. When we speak about ‘humanity,’ we don’t mean bodies. ‘Man’ does not exist until God “breathed into his nostrils the breath of life.” Thus, God creates man without depending upon external factors. It was God Himself, His breath, that created man. While He used the dust of the earth to form our bodies, He created our humanity itself out of nothing. Our souls and our humanity come directly from God, which means that humanity is not ultimately dependent upon anything outside of God. Our humanity is intrinsically free because God created humanity out of nothing. Since no baser materials precede humanity (as wood and nails precede the tree house), our human freedom is absolute and unconditional.

The creation of ha-adam has significant implications for how we should think about humanity and human nature. The creation story leads to the conclusion that humanity is intrinsically free. Because we are created free and out of nothing, God can both entrust us with tasks and responsibilities, and also hold us accountable if we fail to fulfill those responsibilities.

The Responsibility of Adam and Eve

The second creation of man also tells us something about our nature. While God creates humanity with freedom, He also creates man with responsibility. Responsibility allows us to determine which actions we ought to freely make. If someone can be held justly responsible, they have the knowledge of right and wrong and are free to choose between them. If we are free but not responsible, we would be no different than the other animals of Eden, free to act according to any whim or instinct.

When God takes man ha-adam and places him in the garden “to till and keep it,” he tells man, “you may freely eat of every tree of the garden but of the tree of the knowledge of good and evil you shall not eat, for in the day that you eat of it you shall die” (Genesis 2:15-17, RSV). After God introduces the concepts of responsibility (“till and keep”), good, and evil, Genesis addresses the lack of I and You.

To solve this problem, God introduces many animals to man so as to find a fitting companion, but no animal is compatible with man. While God creates ha-adam out of nothing, that is not the case with animals. Genesis 1:24 tells us, “Let the earth bring forth living creatures…” God makes animals from the earth. Man is the only living being created out of nothing, therefore, man is the only free being. For man to take on his responsibilities, God must create a companion for ha-adam who is also free. And so Genesis 2:21-22 tells us about the second creation of man:

So the Lord God caused a deep sleep to fall upon the man, and while he slept took one of his ribs and closed up its place with flesh; and the rib which the Lord God had taken from the man he made into a woman and brought her to the man. Then the man said, ‘This at last is bone of my bones and flesh of my flesh; she shall be called Woman, because she was taken out of Man.’

Unlike with humanity (ha-adam), God does not create the individual (Adam and Eve) out of nothing. Something comes before the individual, and that something determines the nature of the individual. The Hebrew verb used for when God forms the individual means ‘made,’ not ‘created’ (similar to when God ‘made’ the animals of the earth). But unlike animals, the individual human is not made out of the earth. Instead, the individual is creatio ex homine, or ‘created from man.’ After the second creation of man, we no longer find the word ha-adam. After God puts ha-adam to sleep and makes individuals, ha-adam awakens as Man (Ish) and Woman (Ishshah).

The second creation of man completes the picture of who we are as persons. God creates us out of humanity, and since our humanity comes directly from God, we partake in the nature of freedom. We are also created with responsibilities because we are have companions who are equal with us. We are called to uphold our responsibilities just as we are called to uphold our freedom.

Our existence is a constant “yes, but…” It is a pull between our humanity and our individuality. God says, “you may freely eat of every tree… but…” (Genesis 2:16) And so the question becomes, how do we balance our freedom with our responsibilities?

One potential answer is that we see other people as they truly are. We choose to love and care for one another as persons who are free and responsible. We look inward and see our own freedom and responsibility, and so we acknowledge that we have responsibilities not only to ourselves and God, but also to each other. Our responsibilities may ask us to act in ways which are different than what we want, yet we can choose to fulfill them because we know that it is the right thing to do.

PrevPrevEp 75: The Compassion of Libertarianism with Mary Ruwart
NextEp 76: Loving Jesus and the Bible with Keith GilesNext