The Second Amendment and Built-in Revolution 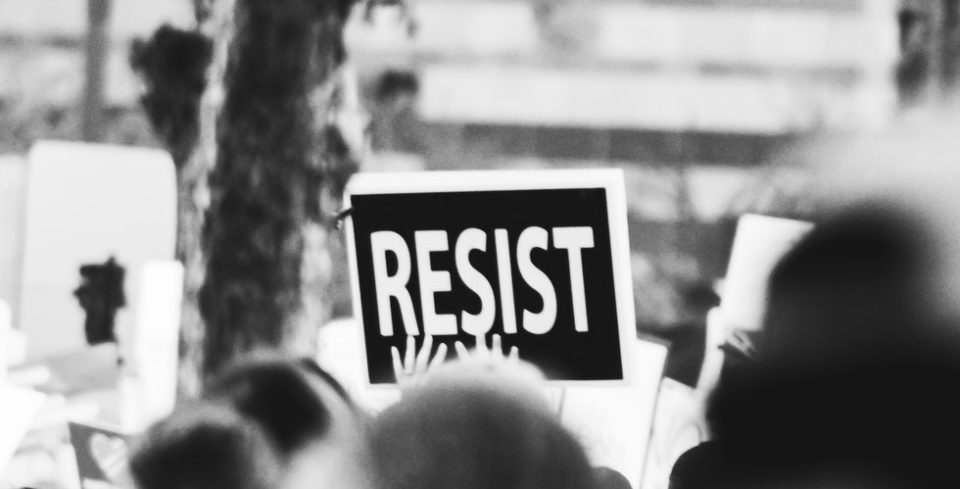 The Second Amendment to the American Constitution is familiar to many of us: “A well regulated Militia, being necessary to the security of a free State, the right of the people to keep and bear Arms, shall not be infringed.” Along with the other nine initial amendments, collectively known as the Bill of Rights, the Second Amendment was ratified by ten of the original thirteen States on December 15, 1791. (1)

The words “well regulated” mean well-equipped in terms of uniform and armament. The militia’s armament should be fully manned, sighted-in and ready. According to the U.S. Code, the word “Militia” means what is now called the “unorganized militia”, i.e., “all able-bodied males at least 17 years of age and… under 45 years of age… who are not members of the National Guard or the Naval Militia.” (2) During Virginia’s ratification convention in 1788, Founding Father George Mason said: “I ask, who are the militia? They consist now of the whole people, except a few public officers.” (3) Similar statements were made by Founders James Madison and Richard Henry Lee. Mason worried that someday only a privileged class of men would bear arms, resulting in tyranny. Mason also said: “the best and most effectual way to enslave” a nation is “to disarm the people.” (4)

The Second Amendment was intended to be the ultimate check against a tyrannical state. In a real sense, it is the right of revolution built into the Constitution—becoming the foremost guarantor of all other rights and the Constitution itself. Neither the legislature nor the executive may abridge its effect. Accordingly, the United States Supreme Court has ruled: “All laws which are repugnant to the Constitution are null and void.” (5) Thomas Jefferson highly prized an armed citizenry, (6) and wanted to instill a permanent spirit of resistance within the American people. In his letter to William S. Smith on November 13, 1787, Jefferson wrote: “What country before ever existed a century & half without a rebellion? & what country can preserve it’s [sic] liberties if their rulers are not warned from time to time that their people preserve the spirit of resistance? Let them take arms. The remedy is to set them right as to facts, pardon & pacify them. What signify a few lives lost in a century or two? The tree of liberty must be refreshed from time to time with the blood of patriots & tyrants. It is it’s [sic] natural manure.”

Tench Coxe, an active political figure before and after the American Revolution, was clear regarding the intentions of the Founders with respect to bearing arms. He wrote in the Philadelphia Federal Gazette on June 18, 1789: “As civil rulers, not having their duty to the people duly before them, may attempt to tyrannize, and as the military forces which must be occasionally raised to defend our country, might pervert their powers to the injury of their fellow-citizens, the people are confirmed by the next article [the Second Amendment] in their right to keep and bear their private arms.” (7)

In his proposed Virginia constitution (June 1776), Jefferson wrote: “No free man shall ever be debarred the use of arms.” Samuel Adams and other Founders agreed. Richard Henry Lee, a signer of the Declaration of Independence, stated: “To preserve liberty, it is essential that the whole body of people always possess arms.” (8) Alexander Hamilton agreed in The Federalist Papers (no. 29) that a well-trained and well-armed citizenry would provide a check against tyranny. “If circumstances should at any time oblige the government to form an army of any magnitude that army can never be formidable to the liberties of the people while there is a large body of citizens, little if at all inferior to them in discipline and the use of arms, who stand ready to defend their own rights and those of their fellow-citizens.”

It is clear what the Founders had in mind by the Second Amendment. The question that remains for Christians is whether or not they can apply it to their activities and still be righteous. May a Christian join in resisting the state (1) generally or (2) particularly in America because the Second Amendment allows him to do so? I would answer both questions with the affirmative. One reason that the Apostles did not attack the Roman state was because they lacked the wherewithal to do so. Unlike the American Founders, they did not have the military strength to attempt such an overthrow. They also did not have a Second Amendment to back them up. I have previously argued that Christians may “rebel” against tyrannical states when it is wise, prudent, and feasible to do so. And this fact is further enhanced by the existence of the Second Amendment.

The Bible is the Christian’s final authority for faith and practice. It says that Christians must passively submit to “rulers”, “kings”, and “governors” (Romans 13:3; 1 Peter 2:13-14). However, what happens when lower rulers are traitors to the highest ruler and supreme authority of the land? Regardless of whether or not a strong case can be made for Christian resistance against tyrants without the Constitution and Declaration of Independence, surely a case can be made for Christian resistance with them.

The Second Amendment injects a form of built-in “rebellion” into the American system, which the Apostles did not enjoy while living under Roman rule. Indeed, the Declaration of Independence and the Bill of Rights have imbued all Americans (including Christians) with the hallowed right of revolution. If Christian obedience to the civil authority entails primary obedience to the American Constitution, then this fact ought to have far-reaching ramifications for the way believers interact with their culture.

(1) Pro forma ratification of the Bill of Rights was given by Vermont after it became a state in 1791 (about a year and a half after the proposed amendments were sent to the states for ratification), and by Georgia, Connecticut, and Massachusetts in 1939.

(6) “Laws that forbid the carrying of arms…disarm only those who are neither inclined nor determined to commit crimes…Such laws make things worse for the assaulted and better for the assailants; they serve rather to encourage than to prevent homicides, for an unarmed man may be attacked with greater confidence than an armed man.” (Thomas Jefferson, Commonplace Book, 1774-1776 [quoting from Cesare Beccaria’s On Crime and Punishment (1764)]).

(7) Tench Coxe, “Remarks on the First Part of the Amendments to the Federal Constitution” (writing under the pseudonym “A Pennsylvanian”), Philadelphia Federal Gazette, June 18, 1789, page 2, col. 1. Coxe also said: “Congress has no power to disarm the militia. Their swords, and every other terrible implement of the soldier, are the birthright of an American…The unlimited power of the sword is not in the hands of either the federal or state government, but, where I trust in God it will ever remain, in the hands of the people” (Pennsylvania Gazette , Feb. 20, 1788).

Originally published in The Times Examiner on June 22, 2005.